Russia in the Council of Europe. Hold no more strength?

October 18 2018
39
It is incredible, but true: Russia, through the mouth of its Foreign Minister, S. Lavrov, has declared its readiness to withdraw from the Council of Europe. However, while with the reservation: it will occur in the event that our country will want to exclude from this organization. “We will not give them such pleasure,” Lavrov said in an interview with Euronews.


I must admit that история Our membership in this organization is more like an unsuccessful marriage of a hooligan and a masochist. Russia is being beaten all the time, but it is silent, suffers and hopes that it will soon become better. 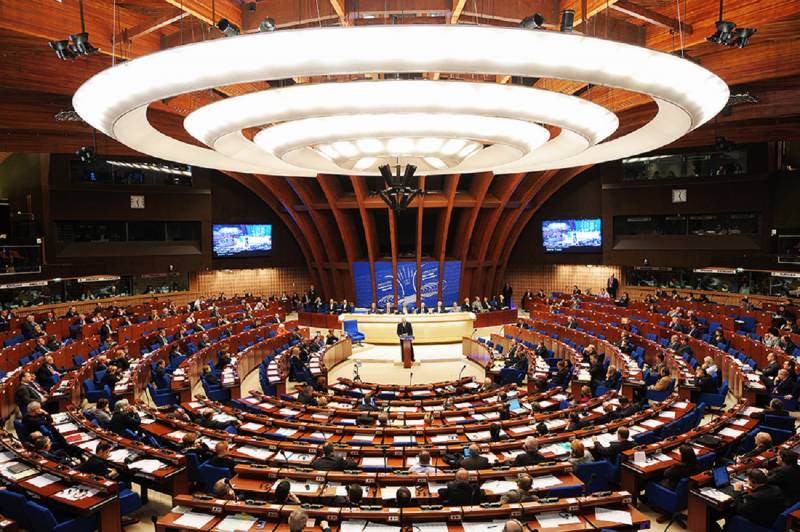 Quibbling and bullying began even before the formalization of the "relationship", which took place in 1996 year. Russia's entry into this organization was accompanied by a wave of charges related to the first Chechen campaign, violation of human rights, the rejection of the complete abolition of the death penalty, the lack of transparency of the judicial system, and so on. It was possible to negotiate accession to the Council of Europe only at the cost of signing a huge list of commitments, including more than twenty items. The requirements were both legitimate, such as the signing and ratification of certain conventions and declarations, and very specific, for example: to refuse any zones of influence; return property and cultural property exported following the Second World War; remove all restrictions on foreign travel of state secret persons, and even bring the legislation regulating the activities of the FSB in line with European standards.

It must be admitted that, until now, not all of the demands made on Russia for joining the Council of Europe were fulfilled by the Russian side. In particular, the refusal of the death penalty was implemented in our country as a moratorium, and although not only not a single sentence was executed in Russia since 1996, no one was even sentenced to death, it was still an occasion for certain friction.

In general, it is very difficult to say if Russia would be admitted to the Council of Europe in 1996: objectively, our country was not very ready for that at that time, and hardly needed it. But it must be remembered that presidential elections were held in Russia that year, and in fact the decision to admit Moscow to the CE was a pre-election move, like the current European association of Ukraine. And we can only guess who it is so powerful put the whole of Europe in a known position and push the necessary decision.

It should be noted that after joining the Council of Europe of Russia, this organization finally had a sense of existence. In this regard, I recall the words of the famous journalist Mikhail Leontyev, spoken by him at the beginning of the “zero”: “The Council of Europe exists only to teach Russia to the mind.” Even then, the most sober and independent-minded politicians and journalists called on the Kremlin to leave this organization, realizing that being part of it was completely counterproductive for our country. But, unfortunately, then in such initiatives did not listen at all.

Among other things, Russia was one of the largest donors to the Council of Europe. In terms of contributions, Moscow has always been among the top five payers. Collectively, in all structures of the Council of Europe, including PACE and the ECHR, Moscow must transfer about forty million euros annually. Add to this the costs of our deputies, who love to travel to Europe at public expense, the cost of staff, experts, and so on, and you will understand that the total expenses associated with this organization have reached quite significant amounts.

In the 2008 year, in connection with the conflict in Georgia, the question of depriving the Russian delegation of the right to vote in the Parliamentary Assembly of the Council of Europe (PACE) was first raised. Then this initiative was rejected - the Assembly did not have enough votes. But other statements condemning Russia and Georgia for the "disproportionate" use of force, and already one Russia for the recognition of South Ossetia and Abkhazia, were finally accepted by the deputies.

Well, the anti-Russian hysteria reached its climax in the 2014 year, against the backdrop of the drama unfolding in South-Eastern Ukraine. Then, even before Western countries introduced sanctions against the Russian Federation, PACE adopted a resolution condemning Russia and calling the return of Crimea annexation.

The latter, by the way, is very interesting from a legal point of view. And what, we really can be in an organization that does not recognize the territorial integrity of Russia? Moreover, can we sponsor this organization with our own money?

Subsequent events probably all remember: in 2015, the Russian delegation boycotted the activities of PACE, and some time later the Russian Federation stopped paying membership dues to the Council of Europe. The non-payment of contributions, to put it mildly, “grieved” European bureaucrats, who are now forced to save literally everything. This year, the EU leadership tried to blackmail, saying that Russia could be excluded from the Council of Europe, including due to non-payment of contributions.

And finally, Sergey Lavrov responded to this awkward blackmail ...

Everyone has the right to make a conclusion about how much we need membership in this strange international organization. Still, the conclusions are rather unpleasant. Over the 22 year of stay in the Council of Europe, we spent on this organization and related costs clearly more than a billion euros. Tubes of mud were poured on us, accused of all mortal sins, publicly accused, officially refused to recognize our territorial integrity ... It seems there was not only one thing - a situation where membership in the CoE would bring Russia some practical, tangible benefit.

It seems that the answer to the question of whether we need membership in this organization is quite obvious. But no, with persistence, worthy of a better application, we continue to cling to the right to face the spitting of all Eastern European Russophobes.

Perhaps the only thing that we will somehow miss is the right to apply to the ECHR as a last chance to find justice and somehow resist the arbitrariness of our native Themis. But I am sure that if we would improve our legislation with the same perseverance, we would have had no reason for such appeals long ago.

Therefore, I would like to advise Mr. Lavrov, after all, not to turn on the rear speed, but to continue the forward movement towards the exit from this international trap. Without any "if".

And our deputies will not disappear, Sergey Viktorovich. It is a pity for them, of course, but what can you do: they will live without regular trips to Europe via the inter-parliamentary line.