Kerch There are more questions than answers.

October 17 2018
311
The tragedy in Kerch gives serious food for thought. First and foremost, these reflections are connected with the description of those nightmarish events that occurred today at the local polytechnic college. One of the points of the description, as stated, of the “restored chronology of events”, is as follows: all 19 victims of the tragedy died from gunshot wounds.


The question already arises: how is this possible if the 18-year-old killer, as stated, had the 12 caliber rifle on him? Even if so weapons provide a professionally trained shooter, then he would also have difficulties with the implementation of the nightmarish plan that ultimately manifested itself in Kerch.

Time for reloading weapons - one time, psychological stability when shooting actually familiar people - two, accurate understanding of which step should be next - three, time constraints and literally programmatic actions - four, implementing the plan in such a way that no one will able to somehow prevent its implementation, - five.

How much time would it really take for the 18-year-old to stand alone in the conditions of a radical panic among hundreds of people against the background of the explosions to kill a 19 man from a smooth-bore pump-action shotgun with a 5-7 magazine for cartridges? Even if it is taken for granted that every shot became fatal for the one whom the alleged killer shot, then it certainly cannot be a matter of seconds. But still at least 37 wounded.

The killer accurately calculated that he would have enough time, or was he not alone?

Monotonous, verified shooting says that a person (or several people) was working, obviously prepared. The question is: did he prepare himself for the mass murder, which is still more like a blatant terrorist act, or was this young man “helped”? And not only technical training, but also psychological ones cannot be bracketed.

A separate issue: explosive devices. All those videos that are published by eyewitnesses to the terrible tragedy, suggest that part of the VCA could already be in the college building by the time the shooting started. Again, what should a college student have to have in order to create an IED, as stated, “from improvised means”? Where did they get this highly specialized knowledge? Initially, it was stated that we could not talk about explosive devices as such, but it was about powerful enough squibs to sow panic. But then in social networks photos of the deadly stuffing of these "firecrackers" began to appear. One of these - below.

In the photo - the striking elements of the VCA: 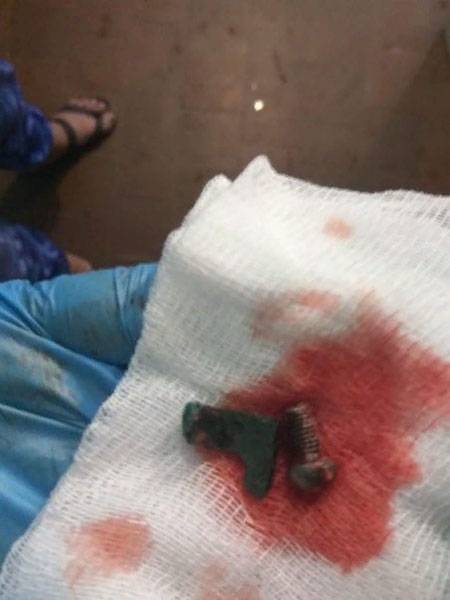 Homemade bombs in the bag: 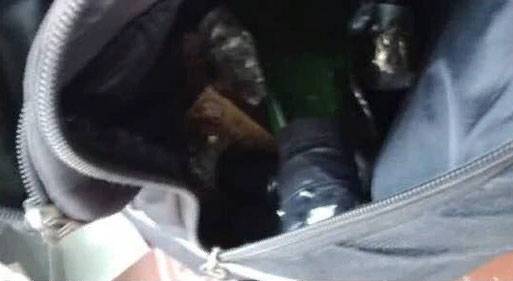 The bloody drama in Kerch was commented by the President of Russia, having honored the memory of the victims with a minute of silence together with Egyptian President Abdelfattah Al-Sisi (during a joint press conference). The President called the incident a tragedy, expressed condolences to the families and friends of the victims and wished a speedy recovery to the injured.

"Military Review" expresses sincere condolences to all the families and friends of the victims and expects that the investigation will establish all the details of the terrible crime in the Republic of Crimea.

PS The alleged killer was found on the floor in a college library. He is said to have committed suicide.