"Results": the Union State is living out its life 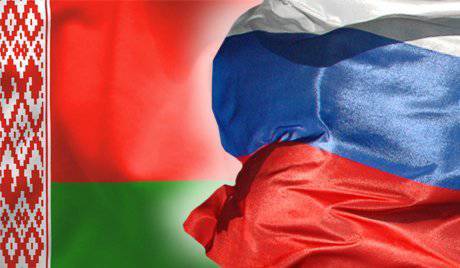 Minsk has long been turned into a heavy suitcase without a handle for Moscow, which is hard to carry, but it is terribly pitiful to quit.

The mysterious country, not marked on any map of the world, is living its short century. Her name is the Union State of Russia and Belarus. The issue of dismantling a few Allied mechanisms will be raised somewhere by 2015. It is precisely at this point that it is planned to complete the formation of full-fledged executive and legislative institutions of the Eurasian Union.

According to high-ranking sources in the government, for Russia it will be a natural excuse to finally indicate to Alexander Lukashenko his place in the general ranks with Russia, Kazakhstan, and subsequently with other potential neighbors in the Common Economic Space.

Minsk has long been turned into a heavy suitcase without a handle for Moscow, which is hard to carry, but it is terribly pitiful to quit. Still would! So much effort, money and PR was spent to keep Lukashenko in the Russian gravitational field. But he, overcoming all the laws of political physics, kept trying to get out of orbit, while managing not to tear the umbilical cord through which Moscow fed him.

How much the Russian-Belarusian brotherhood has cost the domestic taxpayers has yet to be calculated. And the final figure, I suppose, will not be for wide use. Anyway, soon the allied freemen will come to an end. Belarus, immersed in the Eurasian space, in which Russia and Kazakhstan intend to establish strict rules of the game and a strict hierarchy, is unlikely to openly blackmail their neighbors, both politically and economically. After all, Lukashenko will have to deal not only with Vladimir Putin, but also with Nursultan Nazarbayev, who is also not seen in sentiment and altruism.

In the near future, the mechanisms of the Customs Union will be completely rebuilt. Further, according to Itogov, the formation of structures designed to regulate economic relations within the Eurasian Union will begin. Well, somewhere to 2015, there will be legislative and executive institutions, similar to those in Europe. It is clear that on this background the rusted Union State will order to live a natural life for a long time. However, as a joke in the polittusovka, Alexander Grigorievich roll grated. If he is destined to catch a cold politically, it is only at the Union funeral. Eurasian, probably ...