Operation "Ultra", or the Story of how the Poles with the British "Enigma" hacked. 5 part

October 18 2018
22
The Abwehr and its agents have always been among the priority targets of the British decoders, and December 8 of the year 1941 saw another episode with the revelation of German spies. On this day in Bletchley Park, a cryptogram from a special “intelligence” version of Enigma was deciphered. They took a group of agents, some of them managed to be recruited and started a radio game in the interests of British intelligence.


Also, the Enigma interceptions later allowed us to calculate the spy Simoes, a Portuguese by nationality, who did his dirty work in Britain. He turned out to be not the best spy - during the interrogation he gave out everything he knew, and he motivated his work to the Germans with the opportunity to just get to England and earn. They punished a spy loser by war standards relatively softly. For all its effectiveness, catching Portuguese agents was too frivolous for such a gigantic project as Ultra.

Rђ RІRѕS, история with two saboteurs (Erich Gimpel and William Kolpag), who landed 29 in November 1944 on the US coast from the German submarine U-1230, without information from Bletchley Park could end in tragedy. The aim of the saboteurs was the radio command targeting to New York of an experimental intercontinental ballistic missile, which was built in Germany by Werner von Braun. 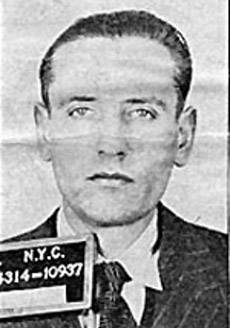 The first signals about suspicious personalities came to the FBI from local residents, but during the war they could become one of thousands of such signals and go unnoticed. But earlier data from overseas colleagues came to counterintelligence of the United States that the U-1230 submarine performs some special task off the coast. As a result, the terrain of the proposed landing was combed, Gimpel and Kolpag missed, but nevertheless after several weeks they were detained in the area of ​​New York. The search for such important saboteurs became the largest US special operation during the war.

Contacts with the Soviet Union on the Ultra program were very limited, but had a considerable influence on the course of hostilities on the eastern front. From the very beginning, the command of British intelligence was categorically opposed to providing data on the deciphering of Enigma to the leadership of the USSR, but, as always, Winston Churchill had the last word. Despite intelligence arguments pointing to the weakness of the Soviet ciphers and their potential interception, the prime minister ordered information to be transmitted about the impending attack on the USSR to the country's leadership. In fairness it should be noted that the British view of the weakness of domestic ciphers was completely unfounded, but this will be another story. Another thing is that Stalin and his entourage could not adequately assess the information from the UK and did not do enough to repel the German attack. 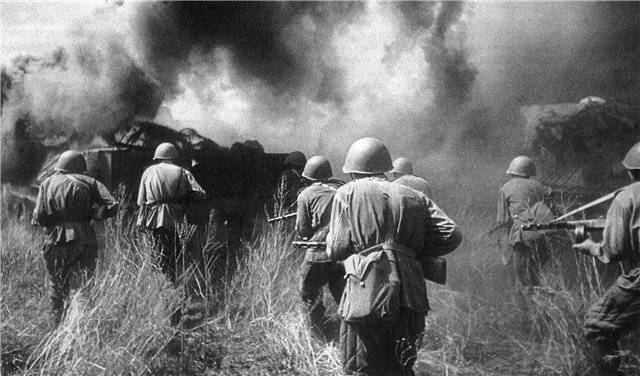 On the impending attack on the Soviet Union in Moscow were warnings including from Bletchley Park. True, the British concealed the true source of information. 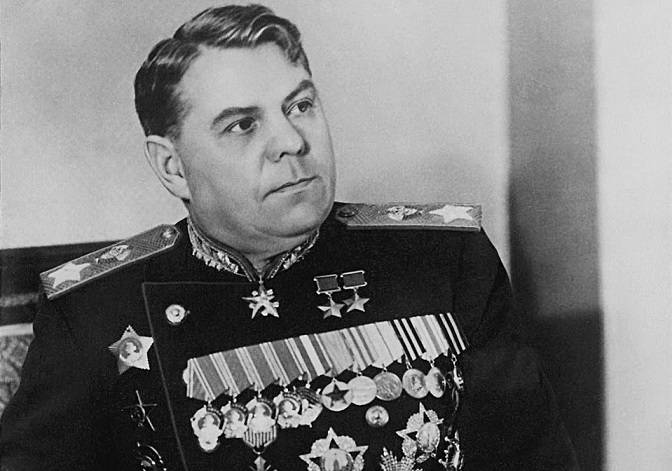 On this account there is a statement by Marshal A. Vasilevsky: “What is the reason for such a large miscalculation of an experienced and far-sighted statesman Joseph Stalin? First of all, that our intelligence agencies, as G. K. Zhukov rightly notes in his memoirs, could not fully objectively evaluate the information received about the military preparations of fascist Germany and honestly, as a party, report it to Stalin. I will not touch on all aspects of this situation, they are mostly known. I will dwell only on the fact that a certain isolation of the intelligence department from the staff of the General Staff apparently played its role in this. The chief of intelligence, being at the same time the deputy people's commissar of defense, preferred to leave with a report on intelligence directly on Stalin, bypassing the chief of the General Staff. If G. K. Zhukov had been aware of all the most important intelligence information ... he probably could have made more accurate conclusions from her and more authoritatively provide these conclusions to Stalin and thus in some way influence the beliefs of the leader of the country that we are able delay the start of the war, that Germany will not dare to fight on two fronts - in the West and in the East ". It should be noted separately that for Stalin there was not a word about the interception of Enigma in the information messages from the UK - Churchill always referred to sources in neutral countries, the testimony of prisoners, etc. Any details that might disclose that the data was obtained from the decryption were excluded. So, 30 of September 1942, Churchill wrote to Stalin: “From the same source that I used to warn you about the impending attack on Russia a year and a half ago, I received the following information. I believe that this source deserves absolute confidence. Please let it be just for your information. ” In this message, Britain warned the USSR about the plans of the Germans in the North Caucasus direction. The leadership of England was very concerned about the possibility of Hitler’s breakthrough to the Baku oil fields. Perhaps, if Churchill informed the Soviet Union from the very beginning about the seriousness of the Ultra program and the possibilities of deciphering the Enigma, were his reports more attentive? 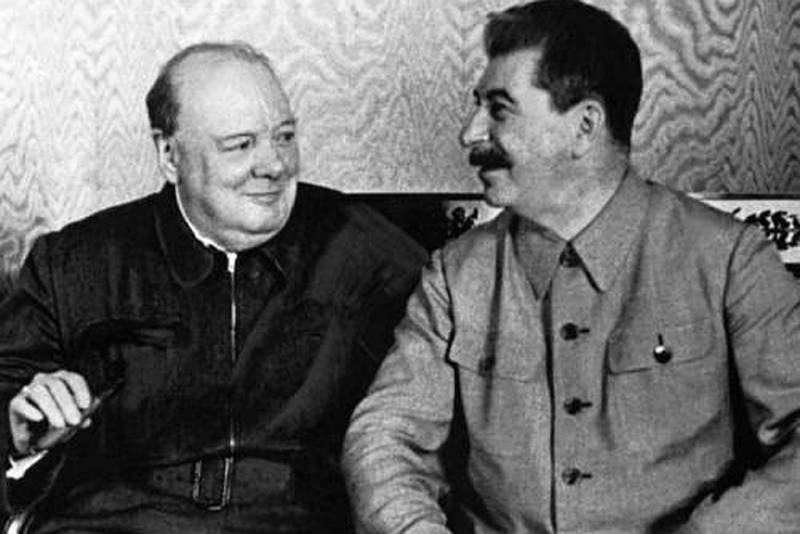 The British shared the results with Russia of the Ultras until the end of 1942, then the stream of information dried up. The next major “discharge” of the data was information about the Battle of Stalingrad and Kursk, but since 1944, the materials from the Ultra have officially ceased to flow into the Soviet Union. And in 1941, there was still a place to be quite an active exchange of intelligence data between the two allies - Britain and the USSR. Then our "brothers in arms»They transmitted the Luftwaffe codes and instructions for opening the hand ciphers of the German police, and in response received the encryption documents captured by the Soviet troops. Later, Stalin tricked himself to the detriment of the British, when he received from them materials on opening the Abwehr hand ciphers, but did not provide anything in return. This, of course, did not please the leadership of Great Britain, and there were no more such gifts.

But even the meager flow of information based on the decrypted messages of the Enigma, unfortunately, was not always properly perceived in Russia. In the spring - summer of 1942, England informed about the impending German offensive near Kharkov, but no one responded adequately, and the Red Army suffered heavy losses. For all the ambiguity of the situation, one should not perceive the Russian leadership as too self-confident and distrustful of the British - the French did the same, and even the British themselves. And they were aware of the true source of the information. For example, in the summer of 1940, the Polish decryption team found that the Luftwaffe was preparing a major raid on Paris. The French were notified of the number of aircraft, their route, flight altitudes and even the exact date and time of the attack. But no one did anything, and on June 3, 1940, the Germans carried out the first bombing of the French capital, with the country's air defense and air force completely inactive. Much later, in 1944, the British Field Marshal Montgomery, knowing about the presence in the landing area near the city of Arnhem (Holland) two tank units, ordered to throw out the regiments of the 1st paratrooper division, where they died. The information naturally came from Bletchley Park. 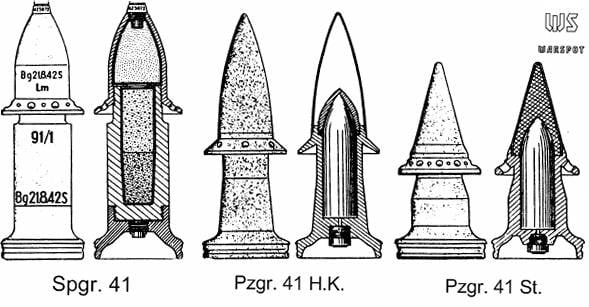 Shells 7,5 cm Pak 41 in the cut. One of the samples "equipped" with tungsten

But the history of WWII knows examples of the extremely beneficial use of the results of the Enigma decryption. At the beginning of 1942, the British leadership receives information from Bletchley Park that the German high command orders retreating units to prevent the latest anti-tank missiles from falling into the hands of the enemy. We shared this information with the Soviet Union, and it turned out that after the battle for Moscow, those miracle shells were in our hands. The analysis showed that the German industry uses an alloy for the core - tungsten carbide, and then allies in the anti-Hitler coalition began to turn. It turned out that there are no tungsten deposits in Germany itself, and such strategic raw materials were supplied from a number of neutral countries. The British and American intelligence services worked quite effectively, and the Nazis lost such a valuable resource.