Pay other people's debts, or another initiative of Alexei Kudrin

October 16 2018
69
Admit, first seeing the headlines of this newsI could not believe my eyes. She looked not only absurd, but also terribly harmful to the current government. But “razvidet” did not work - news portals continued to insist that someone offers to oblige the citizens of the Russian Federation to pay debts for utilities accumulated by their neighbors.


The very first acquaintance with the topic clarified the situation a bit: it turns out that a similar initiative was made by the Center for Strategic Research, headed by Alexei Kudrin. And these, of course, are capable of anything ... However, as it turned out with a deeper acquaintance with the initiative, the reality of its implementation comes to zero, which means that it makes sense only as an information torpedo, designed to hit Putin and the government once again. 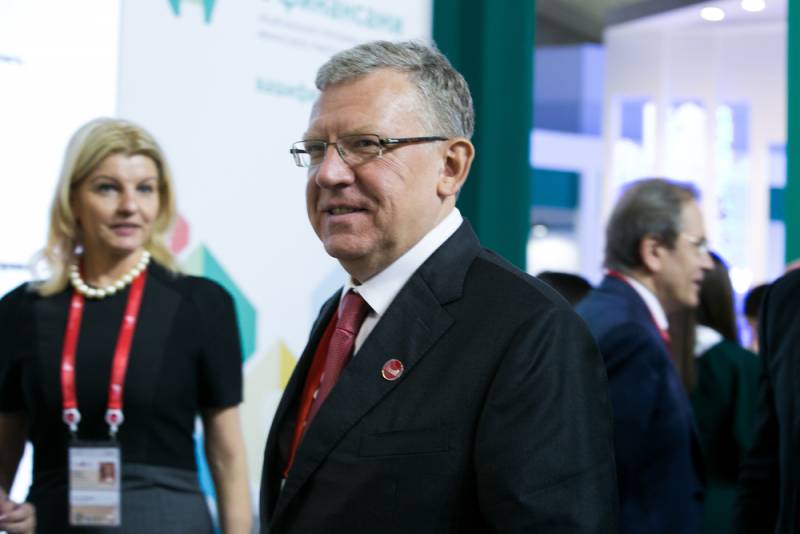 First, we will calm everyone who thought that bona fide taxpayers will be obliged to pay literally all the debts of defaulters - no, this is not quite so. The initiative of Kudrinsky experts concerns only the payment of the so-called common property: its maintenance, care and so on. That is, we can talk about the maintenance of the entrance, its current repair, contributions for major repairs of the house, the queue for which will come in about thirty years, the cost of electricity (and in the entrance hall and basements of the house there is electricity), water (and you have to pay the difference between readings of a general-purpose meter and the amount of water actually consumed by tenants) and the like.

This approach gives this initiative some legitimacy: really, should someone pay for it? But on this, perhaps, it ends ...

As security for the debts of defaulters, it is supposed to impose arrest on the debtor's apartment. After the rest of the residents of the porch or house have paid his debt, they have the right to sue the defaulter, to sell his apartment and get the money spent back. That is, formally we are not talking about some kind of robbery.

But the fact is that Russian legislation is not very friendly towards those who want to take away the last from a person. In particular, it is impossible to evict a person from a single apartment. Especially in the case if it contains minors or people with disabilities, or some other categories of beneficiaries. The implementation of such an initiative will require making very serious changes to the country's legislation, to which the “party of power” will hardly agree, which has already received a powerful reputational blow as a result of dragging through the pension reform (also proposed by the Kudrinsky CSR).

There are other features of the legislation that call for such reform. For example, the Constitution of the Russian Federation unequivocally prohibits coercion to membership in any organization. This also applies to HOAs, which are a kind of “focus-group” of the proposed reform. You can not force the homeowner to join the HOA, especially if it is an old, still Soviet privatized apartment, of which the absolute majority in the country is now. Consequently, attempts to impose joint and several liability on it for someone’s debt, even if it is spelled out in the statutes of the Homeowners' Association, are doomed to failure.

In addition, a reasonable question arises: what if someone is already paying at the limit of their modest opportunities and new payments are simply not able to manage? How to deal with these people? Give them the right not to pay? But then the meaning of the whole reform is immediately lost - no one will pay, because no profit is foreseen from this, and in the future only going to the courts or paying lawyers' services. This means that bona fide taxpayers will have to be obliged to pay other people's debts. And if they are not able to do this, then they also become debtors?

The amazing feature of this proposal lies precisely in the fact that it will be a great irritant for everyone: the poor and the rich. If the pension reform had at least some supporters, then here you can probably expect complete national unity. And it will be directed against the government in all its forms. So, a reasonable question arises: is this the main goal of such an initiative?

Recently, there have been many such blows to the reputation of the Kremlin. This is a pension reform, the need for which has never been proven, and a recent initiative with the introduction of the social norm of electricity consumption, and an increase in VAT, and various small but unpleasant inlays in the media like the imminent disappearance of salt from the sale. And for anyone who closely observes what is happening in the country, a reasonable question arises: is it all part of a coordinated company preparing Russian “Maidan”?

In the 2014 year, when events began in Ukraine, I assumed that the West would most likely start not a quick but consistent game of discrediting the Russian authorities and Vladimir Putin personally. Then I called this strategy "A Thousand Easy Slaps to a Tyrant."

Four years have passed, and during this time we have had hundreds of opportunities to make sure that some similar tactic has been adopted by our opponents. Realizing that Putin’s Russia wasn’t fooling around, Washington focused on delivering hundreds of small but unpleasant blows to the Kremlin’s reputation. The base here is the sanctions that slow down the economic development of the country and beat the standard of living of millions of Russians, but the “superstructure” is just that, from not very painful, but degrading slaps.

Probably, we cannot even list them all. There are scandals with our intelligence, exposing our country as a loser, and judicial "tacks" of Ukraine, appearing in all international courts, and endless provocations in the Donbas, and the most powerful "hitting" of our athletes, and the possible autocephaly of Ukrainian schismatics, and so on. The most important thing in all these "slaps in the face" is that we cannot adequately answer them, we have to put up with the role of such a worldly "terpily", which, of course, does not add any credibility to either Vladimir Putin or his policy.

But, probably, even more painfully, we are experiencing slaps from our internal enemies - the intelligentsia, the self-styled "elite" and the economic "geniuses", who for a quarter of a century of the officially recognized liberal course could not provide Russia with any meaningful and steady progress. And in recent months, these "slaps in the face" have somehow become very much, they just pour on the Kremlin, which, for some strange reason, continues to endure all this.

Probably, we have no doubt that Mr. Kudrin’s new initiative has little chance of being accepted. Negatively already expressed in the State Duma - the relevant committee of the State Duma called this initiative contrary to the Civil Code. But still we will not rush to conclusions. Mr. Kudrin seems to have an undeservedly high trust in the Kremlin, and therefore no one would be surprised if the initiative starts to be seriously considered and discussed.

By the way, 10 of October, speaking at a meeting of the Board of the Russian Union of Industrialists and Entrepreneurs, Alexey Kudrin said that in order to reduce tensions with the West, Russia must make any concessions. The position of the West is known - this is, first of all, the return of the Crimea to Ukraine. That is, de facto, Mr. Kudrin called for a violation of Russia's territorial integrity.

And someone else doubts that detailed initiatives are deliberate, thoughtful and well coordinated? Alas, there is no doubt even about who coordinates them.

And one thing is not entirely clear: why is this gentleman still heading the Accounts Chamber, and not sitting in Lefortovo?