Investment paradise will turn into hell. Aphrodite forced to sterilize

October 16 2018
54
After the targeted measures against the Russian financial sector and leading companies showed their dubious effectiveness, the sanctioners decided to stop at the other side.


Now we are talking about Cyprus - the island of Aphrodite, one of the favorite shelters of Russian business. And not only. About 300 thousands of companies are registered in Cyprus. And this is despite the fact that the population of the whole country barely falls short of 860 thousands of citizens. The business climate in these areas, chosen by holiday-makers, began to harden not today or yesterday. Offshore mode formally ceased to exist in 2004 year, but still the island of Aphrodite remained one of the most convenient places to do business in Europe. A place where do not ask too many questions. 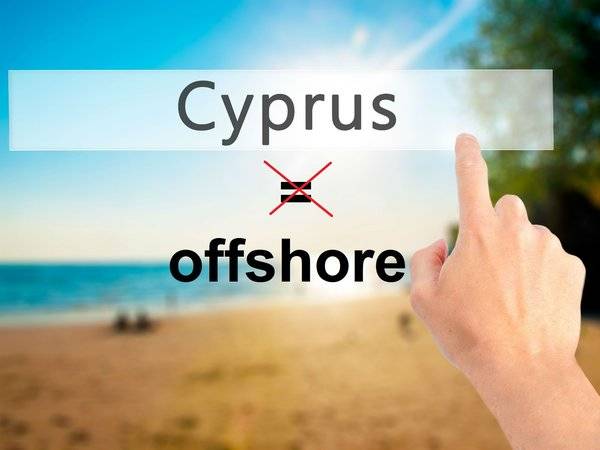 Serious trouble for investors began in 2013, when the banking sector in Cyprus was one of the first victims of the eurozone debt crisis. Billions of euros were frozen in local bank accounts. The government asked for help from the EU and the IMF, in return, agreeing to reduce the dependence of the banking sector on foreigners. As a result, it intensified, since large deposits in excess of the sum insured were converted into shares, and the Russian oligarchs were the co-owners of the banks.

Since 2014, the European Union has begun to demand from Cypriots information about the final beneficiaries of the company, who have more 10%. This is almost half as much as in other EU countries. It seems to be not so scary, but many people did not like the innovation: over the past three years, over five thousand bank accounts of citizens of the Russian Federation and Ukraine have been frozen or closed in Cyprus for 3,6 billion euros.

But it was only a prelude to the active phase of the fight against toxic money, which began in the spring of this year. In April, the banking system of Cyprus was completely closed for the sub-sanctioned Russians. Viktor Vekselberg and Oleg Deripaska were chosen for a demonstrative whipping. After the US Treasury added Deripaska, Vekselberg and their companies to the sanctions list, their bank accounts in Cyprus were frozen.

Both oligarchs on the island of Aphrodite are not strangers. Vekselberg, through the structures of Renova, owns almost 10% of Bank of Cyprus, a local counterpart of Sberbank, and Deripaska has Cypriot citizenship, and the owner of Rusal received it just before the execution. 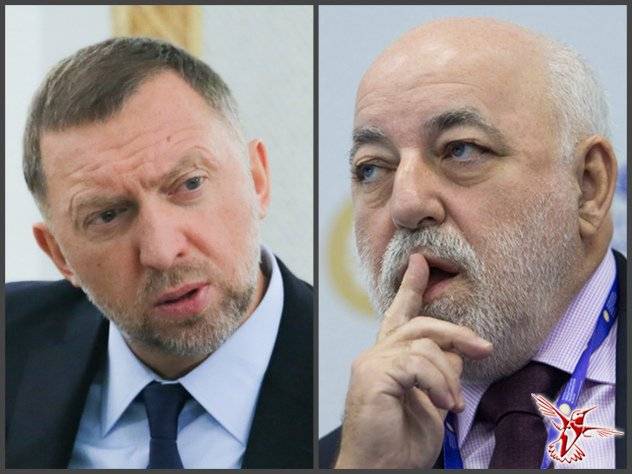 To become a Cypriot, you need to invest 2 million euros in real estate on the island or 2,5 million in companies or government bonds. The inflow of investments from this scheme is estimated at more than 4,5 billion euros. Last May, the Minister of Finance of Cyprus, Harris Georghiades, reported that in the four years of the Citizenship for Investment program, about 2000 passports were issued. Moreover, according to Bloomberg, about half were Russians. As we see, citizenship of Deripaska did not help, which will certainly make his potential applicants think about the advisability of such a step.

But it was still flowers. In May, American officials made frequent visits to Cyprus: Undersecretary of State for the Suppression of the Financing of Terrorism Marshall Billingsley and a whole delegation of OFAC - the US Department of the Treasury for Foreign Asset Management and the main authority for sanctions. They demanded that the government of Cyprus immediately cut off the financial transactions of oligarchs from Russia.

And from June 4, in order to open bank accounts in Cyprus, you need to follow the new rules. According to the decree of the Central Bank of Cyprus, to open an account in a local bank, companies need to fulfill several new conditions. They will have to disclose the beneficiaries, substantiate the source of income and wealth, provide the most complete data - not only of a financial plan (personal income tax statement, accounting data), but also of a biographical nature. Banks now need to check whether companies are physically present in Cyprus, and do not have only a legal address. They must have an office, employees and well-defined business activity.

Insiders of the German Handelsblatt argue that the Central Bank of Cyprus in the near future even tighten the screws. "In any case, this means that about 40 thousands of fictitious companies in Cyprus came to an end," - said the publication. First of all, we are talking about organizations that are registered in Belize, the British Virgin Islands and Seychelles, as well as other territories of the Caribbean. According to analysts, a total of about 70 billion euros of Russian origin will be under attack. Although it is not at all easy to calculate the specific damage, it is not at all easy to identify a potential winner and loser. 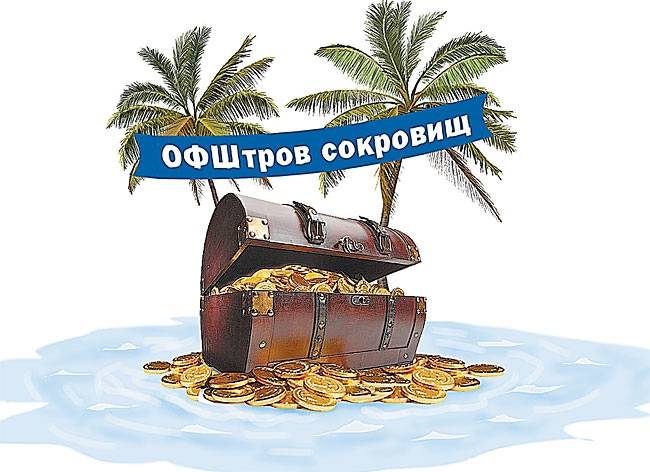 Definitely to the affected side to include Cyprus. By 2010, the total amount of deposits in Cypriot banks was five times higher than GDP, yielding only Luxembourg to this indicator. Before the 2013 crisis, 80% of revenues Cyprus received from the financial sector. And today, local banks have become unprofitable. The largest Bank of Cyprus with a sub-authorized Vekselberg among the shareholders was “under the hood”, and at any time restrictions or even sanctions from the United States can be applied to it.

“There is a kind of economic war between the USA and Russia, and clashes in such wars occur where two parties meet. They met in Cyprus, ”said John Hurikan, Bank of Cyprus CEO, in an interview with The Wall Street Journal. Which means in translation: Russians are fighting with the Americans, and in Cypriots, the forelocks crack.

Who will be the winner of this fight? On the one hand, Washington opened the hunt for Russian money and with the hands of Cypriots successfully tighten the screws of our businessmen. But is it really hard for the victims? For example, the state of Vekselberg as a result of sanctions measures, according to the US Treasury, fell by almost $ 3 billion: from an estimated $ 16,4 billion as of April 5 to $ 13,5 billion on July 26 2018. Even if this information is correct, such losses are unlikely to threaten the business of the owner of Renova and plunge him into depression.

Will the Russian state suffer? Paradoxically, but rather it will win. According to the Central Bank of Russia in 2017, Cyprus was the leader in the inflow of foreign direct investment from Russia - $ 21,35 billion. If capital flows from our country towards Cyprus all the time, then investment from Cyprus to Russia, according to expert estimates, decreased over ten years - From 12 to 8 billion dollars. That is, the money flows out of their native limits and does not return back. So, it seems that Russia only has a hand in protecting the Cyprus vacuum cleaner.

Tightening the requirements for investors will actually stimulate the deoffshorization of domestic business and the return of runaway capital to Russia. In any case, much more significantly than our officials, who have long and successfully sabotaged the solution of this problem. 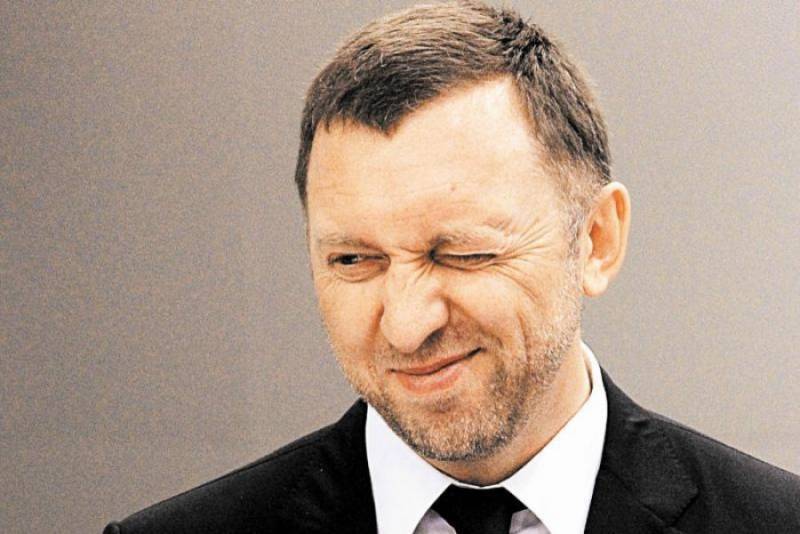 Will the USA win? The struggle of Uncle Sam for the purity of business relations did not begin yesterday, and not in connection with the "Russian threat." The crusade against the offshore companies started a great moralist Barack Obama. In 2010, the United States adopted the Foreign Account Tax Compliance Act, according to which foreign financial institutions must disclose the accounts, identities, and assets of potential US taxpayers. Since then, it has become a problem for Americans to open a foreign account.

It would seem that the pursuit of business transparency should only be welcomed. But the possibilities of the modern state, especially such as the USA, are such that total control not only creates obstacles for suspicious transactions, but also threatens business activity. Sterilization of business leads to infertility. Surely this is understood by Donald Trump, however, it is clearly too hard for him to deal with this legacy of Obama today.

The program of sanctions (not only against Russia, but also China, Iran, and who is still in the queue) gave a powerful new impetus to the financial puritanism of the Washington bureaucracy. But for success in this field you have to pay. And Putin’s words that the United States is undermining the credibility of the dollar must be admitted as a very subtle remark. The Russian leader remains to observe the activity of Washington with sarcasm.

The implementation of the American plan “A” (plan “B”, obviously, is not even supposed), according to which the angry oligarchs will deal with the ruling regime, gives rise to the completely opposite effect. Persecuted billionaires, this only convinces that, apart from Mother Russia and its leader, they have no protection and support in this world.

So god with her, with Aphrodite and her new picky demands!