Myths about the origin of Ukraine and the Ukrainians. Myth 11. Taras Shevchenko as a symbol of the nation


In the pantheon of idols of modern Ukraine, Shevchenko now occupies the same place that Lenin occupied in the pantheon of Soviet idols. Some in their zeal try to present Shevchenko as a genius of world culture and even compare it with Pushkin or Mitskevich, while others call Shevchenko a kobzar and a prophet, a bible of the Ukrainian people, a national symbol and a spiritual mentor. 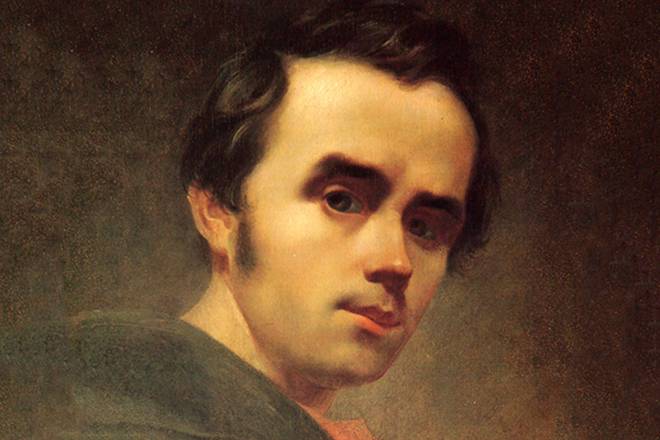 According to the canonical version, Shevchenko is a genius poet and artist who had been languishing in serfdom since childhood, and for exile in the fight against tsarism, he was exiled as a soldier, where the criminal royal regime did not allow the talent of the people to develop.

One may wonder why this man, according to his contemporaries, who represented himself as an average poet, was suddenly in demand by his descendants? Why was it only half a century after his death that they remembered him, and he became, with the so-called Mazepians, a symbol of the nascent Ukrainians? Why, after the October Revolution, the Bolsheviks made him a fighter against serfdom? Why in modern Ukraine has it become a symbol of the “Ukrainian nation”?

What was so remarkable about the life and work of Shevchenko?

In essence, he was a talented man, but uneducated, and an ignoramus who remained in many questions, which affected his poetry and worldview. In such circumstances, a person becomes angry, extremely selfish, unmet and unsure about to destroy. And it was not for nothing that he himself confessed: “I came out of nature somehow unending.”

And this is despite the fact that, according to numerous testimonies of his contemporaries, the whole life of Shevchenko was spent in drunkenness and debauchery, and that he did not leave behind a single stunning picture and did not surprise the world with literary masterpieces.

That's what his contemporaries wrote about him. Gogol about the works of Shevchenko: “There is a lot of tar and I will even add more tar than poetry itself. And the language ... ", Belinsky:" ... the simplicity of the peasant language and the oakishness of the peasant mind ... ", his friend Kulish:" ... the muse is half-drunk and dismissed ... ", Ivan Franko:" ... meanwhile, this is just an average poet who is undeservedly trying to put on pedestal of world genius ". As you can see, they did not really appreciate him.

If you take his works, then you can’t find a single sublime thought in them, they are oversaturated with anger and hatred for the whole world, calls for destruction, blood flow, praise of “free lyakhs” and hatred for “Muscovites”. And this unlimited hatred is directed against all who, in his opinion, are guilty of his life's failures.

What circumstances gave rise to such an ugly phenomenon? To understand this phenomenon, we will plunge into his childhood and adolescence, the period of the formation of man and personality.

Shevchenko was born in a family of serfs on the right bank of the Polish half of Ukraine, only twenty years ago joined to Russia. Here, everything is still breathing in Poland, Polish priests in churches, the Polish education system in church schools and Polish teachers, Polish gentry still rule in their former estates. From an early age he absorbed the Polish habitat.

He had a difficult childhood, he did not finish parochial school, his mother died in 9 years, his father brought a stepmother, who, together with stepbrothers and sisters, mocked him, two years later his father also died. From childhood, Taras also had terrible memories of the local gaydamak-robber who demanded money from his father.

The lover of the stepmother, the school deacon and drunkard, soldered Taras, attached him a “consul” - to monitor the progress of the students and give the rod for academic failure. Taras had no sympathy for people since childhood. He demanded from the students offerings, and those who could not bring anything, s mercilessly. Here, he did not comprehend, only psalms were memorized in school.

From the clerk Taras fled, he went to the painter's pupil - they drove out, the shepherd - they drove him out, the farm laborer - again they kicked out. Somewhere in the 15 years, my grandfather attached him to the estate manager Pole Dymovsky.

On this the suffering of Taras ended, the further childhood and youth he spent in lackeys, and this is not a hard peasant work in the field. The manager liked the quick-witted boy, he gives him a local artist for drawing lessons and teaches Polish writing, so Taras was the first to master not his native, but Polish writing.

So he became a Cossack with the young wife of the gentleman of the Polish pani Sophia. She was an enlightened woman who taught him to speak French, read and write Russian. The rest of the education and knowledge of languages ​​he received from her lackeys and until the end of his life he wrote terribly illiterate.

Fate then throws Taras on Polish Wednesday, in 1829, he and his master's family travels to Vilna. As a page, he is at the feet of Pania Sophia, she shows favor to him, gives him Polish books to read, he recognizes Mickiewicz and admires him.

She wants Taras to attend lectures by a famous European artist, he enters from the Polish student environment and is imbued with their worldview. Polish lady, Polish poets and Polish friends. The formation of Shevchenko and his views were formed under the wing of Mrs. Sophia, he got to her 15-year-old teenager, and he came out from under her tutelage as an 24-year-old man.

In Vilna, he falls in love with Polish beauty Jadwig, dressmaker Pania Sophia, through her brother enters the circle of students participating in the preparation of the Polish 1830 uprising of the year. With the departure of his master, Taras finds a pretext and remains with Hadwigi, she invites him to participate in the uprising. Because of his cowardice, he refuses, and the violent Pole rents him to the authorities, who transfer Taras to St. Petersburg to his master. Disappointment and betrayal ends Shevchenko's first love, and he forms an appropriate attitude towards a woman.

This is how the Little Russian and Polish stage of Shevchenko's formation passed. From early childhood, he was brought up in the Polish environment, and she formed his outlook and instigated a fierce hatred of Muscovites.

He never decry the Polish period of the life of his people, for it is the flowering of Ukraine, so said Polish friends and so drunk kobzaris sang. The promised land for him is a "prick":

And tee pissed
In kind and rokkos! Vkraїno!

In his work, he loves Polish Ukraine, hates its enslavement by tsarism and scolds the Polish leader for bringing Poland to its fall and division because of their ambitions. He writes what he read from Mickiewicz, what he heard from his Polish friends. He did not read Russian poets and Pushkin in his youth. Poet of the Polish suburbs, brought up by the Poles and the Polish literature, who accepted their hatred of all Russian.

In his soul, they recall only memories of his childhood, of the heavy burden of the peasants, and he sees the Russian tsarism and the “Muscovites” as the culprits, considering them guilty and in all their troubles.

Only in 17 years, Shevchenko falls into the Russian environment, but for another seven years he has been influenced by the Polish girl, whom he adores. At her request, Shevchenko is a student apprentice to artist Shiryaev. He falls into the environment of St. Petersburg artists. Little Russia at that time was something exotic for Petersburg society, and Shevchenko became for them a fashion aborigine from a backward province. St. Petersburg bohemia became interested in a gifted young man, and celebrities such as Bryullov, Venetsianov and Zhukovsky take an active part in his fate.

He meets his fellow countryman Soshenko, a student of the artist Bryullov, and the Little Russian writer Grebinka. Through them, he enters the circle of the Little Russian fraternity of St. Petersburg, attends their evenings, often ending in a feast, of which Shevchenko has always been a lover. There he meets historical fake "History of the Rus" about the happy life of the Little Russians in Poland and the "Cossack knights", from where he will draw materials for his works in the future. Even modern Ukrainian historians recognize it as fake.

At the same time, he remained a serf, his duties included giving a pipe or a glass to the lord, standing next to an invisible idol, fulfilling his personal assignments, and being registered as a home artist. The road to free artists for him was closed.

Bryullov asks the owner Shevchenko to release him, he refuses and then, at the request of Zhukovsky, the queen organizes a lottery for a portrait of Zhukovsky Brullov's brush. The money was contributed by the tsarina herself, members of her family, the royal entourage and artists. Thus, in 1838, Shevchenko, thanks not to his talents, but to the St. Petersburg bohemian and royal family favors, is released and enters the Academy of Arts.

Do you think he started to comprehend the secrets of art? Nothing like that, as usual, hit the drunkenness. Here is how he himself writes about his life: “As I came to the exam that yak, when I was walking, I saw only the words, I passed my walk for two months.”

Malorussky landowner Martos in the 1840 year publishes Kobzar for his money, Shevchenko gets money, and almost all the time he spends rampant drunkenness. With his friends, he organizes the political and alcoholic society “mohemordia”, where its members poured alcohol on their face and head and elected “his omnipotentness”.

He was a frequent visitor to taverns and brothels, and the poet Polonsky describes his home like this: "... a casing on the bed, a mess on the table and ... an empty bottle of vodka".

The real Shevchenko - a coarse, untidy, smelling of onions and vodka spreading around him, was not very attractive for women and doomed to use the services of corrupt women; attempts to strike a serious relationship invariably ran into failure.

So, in drunkenness and rampant, his life was leaking, and for the sake of pleasure he was ready for any meanness. Princess Repnina in 1845, organized a fundraiser for the redemption of relatives of Shevchenko from serfdom, and he, having received the money, just drank it, and the ransom idea was all over. Offended in their feelings, the princess wrote to him: “It is a pity that you so lightly abandoned a good deed for your relatives; I feel sorry for them and ashamed before everyone I lured into this business. ”

Meanly he also managed with Soshenko, who was the first to raise the question of his release, who was busy for him, sometimes sharing with him the last piece of bread and sheltering him in his room. In gratitude for everything, Shevchenko seduced his bride and then threw her away. 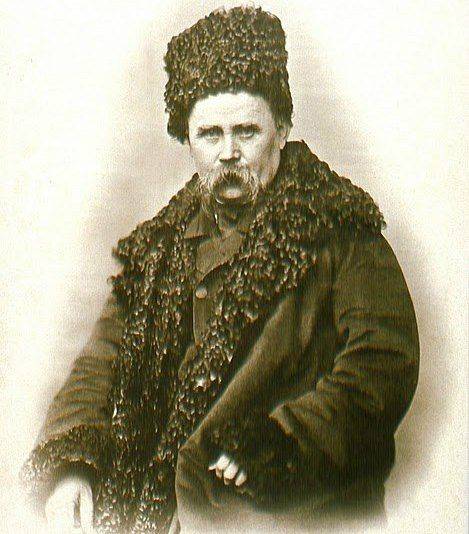 That's how he lived, showing remarkable talent to adapt and adapt to people, to cause their sympathy and squeeze a tear. They took care of him, bought him out of serfdom, taught him and gave him money. He himself remained tough and heartless and never felt a sense of gratitude towards people who were trying to do so much for him.