Poroshenko: Putin convened the Security Council to defend the fifth column inside Ukraine

October 14 2018
32
The President of Ukraine said that, in his opinion, Moscow is most annoying. Commenting on the convocation of the Russian Security Council by Russian President Vladimir Putin, Poroshenko said that one of Ukraine’s “gripping brands” of Ukraine is an autocephalous church. According to the Ukrainian president, Putin collected the Security Council for the sake of this issue in order to “save his fifth column” in Ukraine.
And what are the other two "brand"? 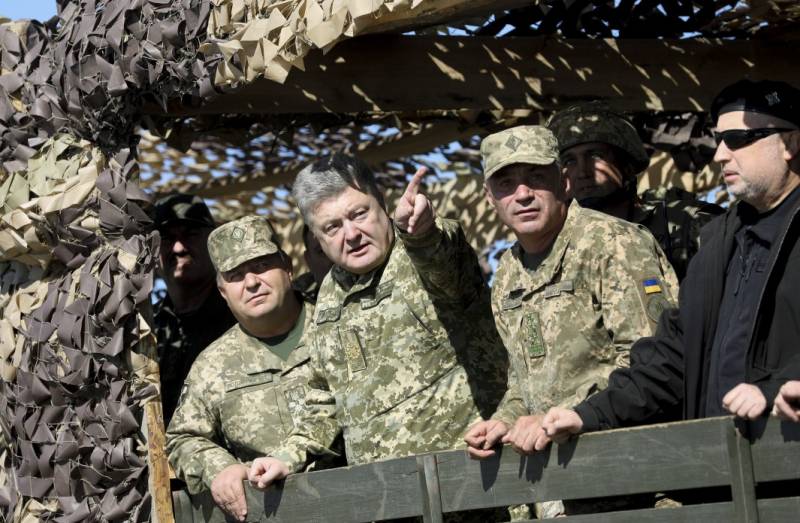 This becomes clear from Poroshenko's twitter publication:
This is the Armed Forces. This is the national guard.

Members of this statement answered Poroshenko with comments that during the years of his presidency, a once quite successful country has become the poorest in Europe. Against this background, Poroshenko nothing remains except how to trade Russophobia.

From the comments to Poroshenko:
You stupidly sell Russophobia to your own population as your main achievement. It does not help, it's your last cramps.

But who needs you with their poorest country in Europe.

However, there were those users who congratulated Poroshenko on “peremoga” and added that Ukraine has another “brand”, and Poroshenko himself is this “brand”.

Meanwhile, the Ukrainian media have already quoted the ex-deputy of the State Duma of the Russian Federation, Ilya Ponomarev, who lives in Kiev. According to Ponomarev, Ukraine has long been a bargaining chip in the confrontation between the West and Russia. The ex-deputy, who a few days ago called the Crimean bridge a “Putin’s generous gift to Ukraine”, now declares that the West is not going to protect the interests of Ukraine, since this country is not (for the West) interesting from an economic point of view. And here, perhaps, it is difficult to disagree with Ponomarev. Ukraine to the West (primarily the United States) is only interesting as a ram in relation to Russia and a territory of constant instability near the Russian borders.