October 15 2018
10
Despite the developing peaceful dialogue and the reduction of military tension on the Korean Peninsula, South Korea still needs to continue to strengthen its military capabilities, which to some extent is also part of the aspirations of "military reform 2.0." However, this does not necessarily mean increasing the number of military equipment or acquiring offensive weapons systems; rather, it is about comprehensive technological modernization and the provision of technological “generational change”. In this regard, one of the tasks for Korea is the development of its Navy and, in particular, the naval aviation.


The main purpose of South Korean naval aviation is to provide anti-submarine defense in relatively small coastal areas of the Yellow and Japan Seas, as well as in the Korean Strait. After the death of the corvette "Cheonan" in 2010, the North Korean submarine fleet became an actual threat for many in Kazakhstan: despite the fact that it is based on outdated ultra-small submarines, it remains numerous, and the use of submarines of this type is quite convenient in the shoal of the Yellow Sea. In addition, in recent years, the DPRK has been actively working on a program of ballistic missile submarines, having successfully tested missiles several times. "Pukkykson" in 2015 – 2017 And while in the future, military maneuvers in the buffer zones in the Yellow and Japanese Seas, established by the recent inter-Korean military agreement, are expected to be limited, anti-submarine defense still retains its importance for South Korea.

What is korea now

The basis of the naval aviation of the Republic of Kazakhstan are two types of airborne vehicles: naval patrol aircraft (Eng. maritime patrol aircraft) and patrol helicopters modified to detect, track and destroy enemy submarines. The fleet can be considered rather outdated and in need of modernization, with a special emphasis on updating radar technologies. As for specific models, the South Korean Navy now has the following aircraft:

What Korea plans to purchase

As has been said, Korea’s main interest is in acquiring patrol airplanes and helicopters, and under the auspices of the Office of Defense Procurement Programs. Defense Acquisition Program Administration) and the Institute for Defense Development (eng. Agency for Defense Development), controlled by the Ministry of Defense of the Republic of Kazakhstan, two relevant programs for the purchase of equipment were launched.

For the first time, a plan to acquire maritime patrol aircraft was announced no earlier than 2015, and 2 in February, 2018. DAPA announced its intention to complete the deal to 2020. According to the requirements, the new aircraft should have an increased range and the ability to carry more weapons compared to P-3 Orion.

Three companies became participants of the announced tender - Airbus D&S, Boeing and SAAB. Airbus D&S presented C295MPAbased on transport aircraft C295. This model is equipped with a radar system. RDR-1400C With a radius of detection of 340 km, it is capable of developing a maximum speed of 480 km / h, the maximum range of action is 5630 km. 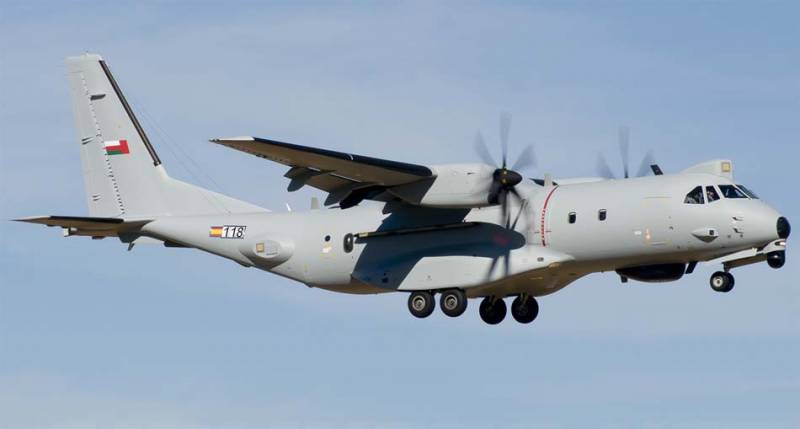 In flight C295MPA may be up to 11 hours, practical ceiling - 7620 m, maximum take-off weight - 23200 kg. Version of the aircraft, designed for the Korean Navy, was supposed to equip light anti-submarine torpedoes Mark 46.

Offer Boeing was P-8A Poseidon, anti-submarine modification of multi-purpose patrol aircraft P-8 Poseidonin turn created on the base Boeing 737. The aircraft has a maximum speed of 907 km / h, operates at a distance of 7500 km, the practical ceiling is 12496 m. 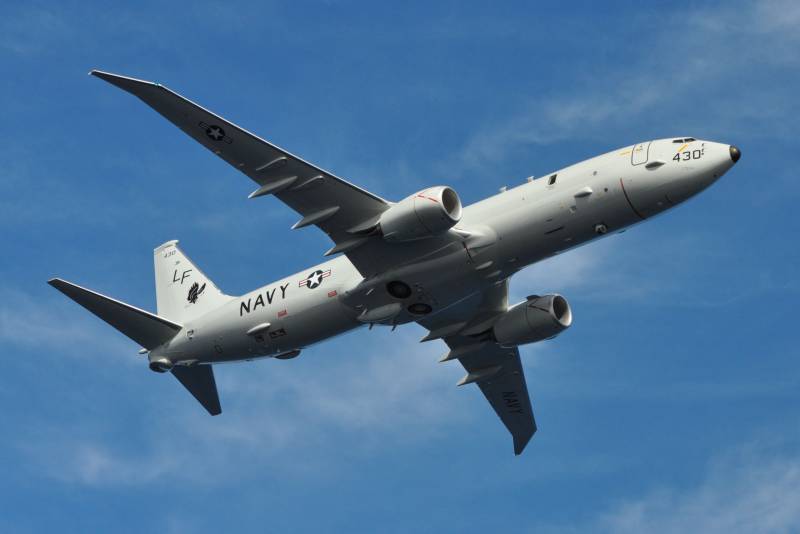 The model is equipped with radar AN / APY-10 from Raytheon and is equipped with anti-ship cruise missiles Harpoon. P-8A Poseidon is the "successor" of the aircraft P-3 Orionin service with South Korea, in connection with which this option can be considered the most preferable for the Korean Navy.

The third option was a patrol plane. Swordfish from SAAB, which is a military modification of ultra-long-haul administrative aircraft Global 6000 with a maximum speed of 945 km / h and a range of up to 9600 km. 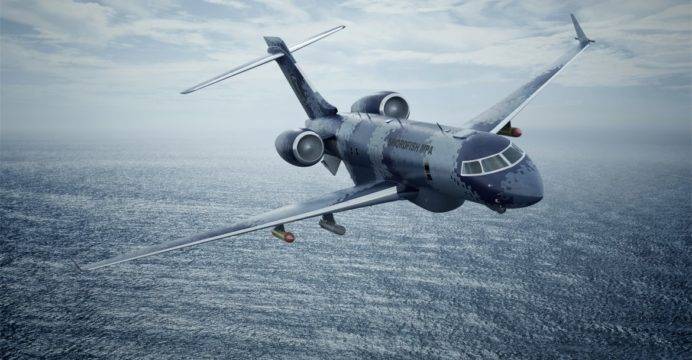 ceiling Swordfish is about 11277 m, flight time is 11,5 hours. Sentence SAAB It is very attractive for Kazakhstan due to the use of active phased-array antenna technology (AFAR) and the possibility of equipping the aircraft with Korean anti-submarine torpedoes "CheonSano" (Eng. Blue shark).

It is known that, in addition to the tender, South Korea allegedly received an additional offer from the UAE. In May, Hussein Ibrahim Al-Hammadi, Head of Investment Group, made an unofficial visit to 2018 in Seoul EAIGrelated to projects in the defense industry. Al-Hammadi discussed with Defense Minister Son Yonmu and representatives ADD technology exchange issues. As some believe, the parties could, among other things, consider the possibility of acquiring sea patrols by Korea: the UAE was ready to act as an intermediary in the deal between Kazakhstan and Kazakhstan. SAAB, under the terms of which South Korea would join with SAAB production of radar Global eye in exchange for the purchase of aircraft Swordfish. However, this scenario was initially difficult to implement, not to mention the fact that such a deal would look extremely dubious in the light of the scandal erupted at the beginning of 2018 around the “secret pact” between Abu Dhabi and Seoul, when it turned out that RK secretly assumed the military obligations until the participation in military actions on the side of the Emirates in exchange for obtaining a contract for the construction of several nuclear power plants in the UAE.

The results of the tender were finally confirmed in mid-September - Kazakhstan announced the purchase of six P-8A and additional equipment for 2,1 billion. In addition to aircraft, the transaction includes the acquisition of a radio communication system MIDS JTRSnavigation system LN-251 INS / GPSearly warning radar AN / AAR-57. Since Korean pilots already have control experience P-3Cconstructively similar to P-8Aand the new model fully meets the requirements of the emerging “anti-submarine doctrine” of the Republic of Kazakhstan, the choice of the option from Boeing can be considered the most profitable, even though the cost of the transaction was higher than Seoul had expected.

For the acquisition of patrol helicopters, another tender was announced, combining the proposals Leonardo (under the brand AgustaWestland), NH Industries и Sikorsky.

All three models are equipped with "CheonSano" and submersible sonar stations. However, AW159 Wildcat from Leonardo, several units of which are already in service with the Republic of Kazakhstan (like their predecessors Lynx MK99), initially was in the status of a favorite race. Wildcat develops a maximum speed of 311 km / h, the technical range of flight reaches 963 km. 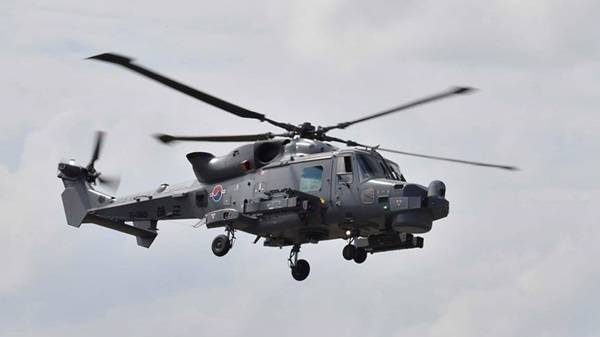 NH90 Syrian is a more dimensional aircraft, designed to perform a variety of tasks. The maximum speed of the helicopter is 291 km / h, the maximum range is over 100 km, the practical ceiling is over 3000 m. 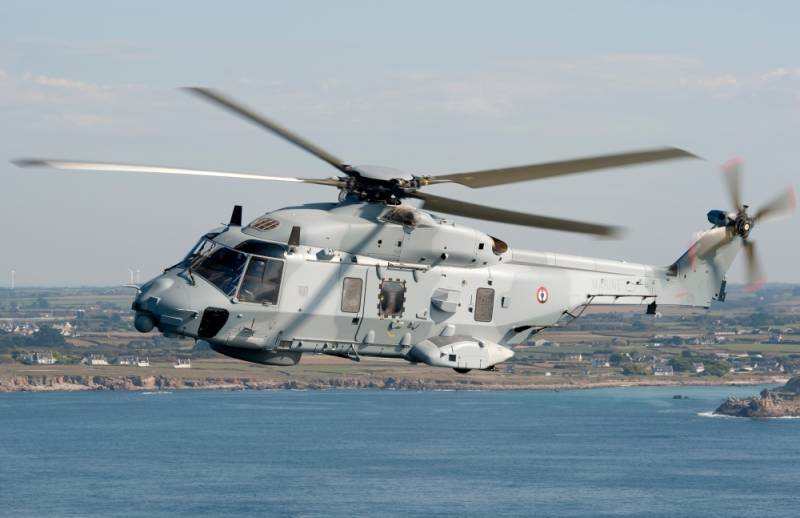 The third option was MH-60R Seahawk from Sikorsky. Seahawk able to reach speeds of up to 270 km / h, the maximum range at cruising speed is 834 km, and the practical ceiling is 3580 km. 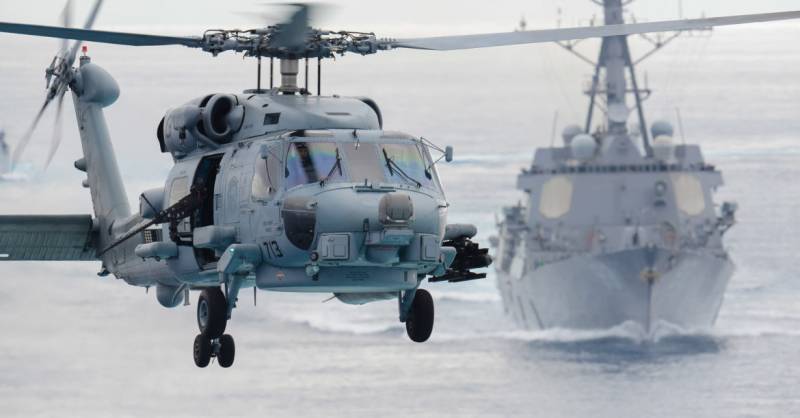 28 September 2018 of DAPA announced acceptance of the offer Leonardo. A deal was made to acquire 12 helicopters AW159, And Leonardo It turned out to be the only company submitting an application in the last days of receiving offers. The amount of the transaction probably does not exceed 1,9 billion, declared by the terms of the tender, and the delivery of helicopters will be made by 2020, thus completing the second stage of the acquisition Wildcatwhose total number will be 20 units.

What problems Korea has?

While the choice of Korea can definitely be called technologically successful and in terms of interoperability between RK and its allies, some of the issues remain valid. The Navy also needs to upgrade its auxiliary aircraft (transport aircraft and helicopters), and this has not yet been the subject of discussion. But what is more important, before RK there is a problem of technical security: before the introduction of the first batch AW159 in 2016, a special group of experts DAPA carried out checks on the technical condition of the helicopters, after which it was discovered that they submitted falsified reports that distorted the actual characteristics of the aircraft. This incident caused widespread discussion, and much attention will be drawn to the purchase of a new batch of helicopters from Leonardo. The negative death of the helicopter of the marines of the Republic of Kazakhstan creates a negative background KAI Marineoncaused by a malfunction of a part from a foreign manufacturer. In such a situation, it remains for Korea to make maximum efforts in conducting comprehensive inspections of any new technology in order to restore confidence in the safety standards of foreign companies.