October 12 2018
8
On October 11, the Russian Armed Forces hosted the traditional strategic command and staff training of strategic nuclear forces (SKShT SNF). Such trainings take place every year in the fall, and in the spring there are SKShT on combat control of the RF Armed Forces as a whole, during which there are also launches of strategic missiles, but not only they - operational tactical aviation, missile troops and artillery, air defense, etc. In general, another "autumn nuclear war" took place.


This year, information about the SKSHT SNF was extremely stingy - a short message on the website of the Ministry of Defense of the Russian Federation and in news agencies, and several clips on the website of the Ministry of Defense, here, in general, everything from the "original source". That speaks not only about the general trend of tightening the nuts for information flows on a number of aspects of the activities of the RF Armed Forces, but also that this time there was something new and non-standard that we forgot to tell about, having thrown all the information husks. 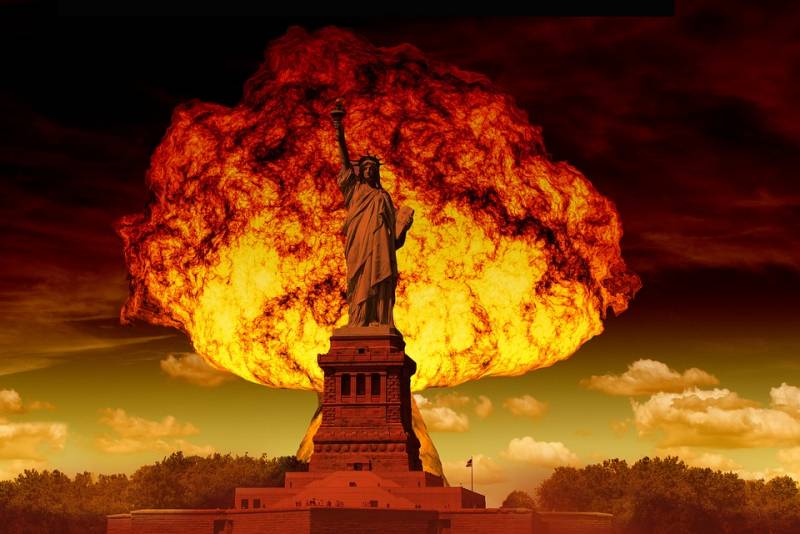 Speaking about the general trend, I will clarify that this is not only about Russia. For example, in the United States recently, finding out that light journalists have unearthed data on the Internet (for example, that the 2 / 3 of the Hornet and Superhornet fighters of the Navy and the CMP were unsuitable for flying last year, and the Super Steleen helicopters "- on 3 / 4), contrary to Trump's benevolent tweets about the steady growth of everything and everyone in the US Armed Forces, began to struggle with the openness of negative information, partially" screwing the tap. "

As for the CMS, there is no reasonable information about how many launches and which missiles. Moreover, you can be 200% sure that such information was transmitted to the United States - despite the bad relations, neither the Pentagon nor the Russian Ministry of Defense lost their minds, and warns the opponent about training launches in advance. It is possible that something, for example, on launches of the Kyrgyz Republic, OTR and other things, was not reported, but about the ICBMs and SLBMs - it is necessary. It is now known that launches of the S-29V-2.1 Sineva-2 SLBM (with the Liner combat equipment) took place from one of the RPKSN pr.667BDRM of the Red Banner North fleet for the targets in Kamchatka, at the Kura training ground, and in the opposite direction, from the Red Banner Pacific Fleet, at the Chizh range from the Sea of ​​Okhotsk, the R-29RKU-02 Station-02 SLBM was operated by another cruiser, it was the Ryazan RPKSN pr.667BDR, but the launch from one of the P-30 Bulava carriers, Alexander Nevsky or Vladimir Monomakh, is also not ruled out (but most likely there were no real launches of the Bulava this time). Unknown even the number of missiles. By some signs, it can be decided that both launches were salvo (2 missiles, most likely), but this is inaccurate! It is not mentioned whether there were launches of ICBMs, that is, it turns out that they weren’t this time (usually one or two ICBMs are launched), but this is not so simple!

The fact is that NOTAMs (warnings about exercises, firing, missile launches covering dangerous areas for ships and airplanes) were, as usual, issued by us in advance. And by the location of closed areas (for starts, for the arrival of warheads, for falling steps), you can understand what they want to run. All of them close their neighborhoods from 11 to October 16. They show the planned launches of Sineva from the North to Kamchatka and the reverse, Stations, and, probably, Bulava, to the North, but you can also see areas that are approximately in configuration with the launch of Topol, Topol M "or" Yars ", as well as areas closed due to launches of the Kyrgyz Republic, PKR and UR air and sea-based. But, on the other hand, the 16 number has not yet arrived, maybe some launches are just physically scheduled for other days (or there was a launch, but they haven’t informed yet). So it is clear that during the training hundreds of missiles were launched, in accordance with the chosen scenario of the pre-war period, the period of initial escalation (if it was at all) of the war itself, and the chosen nuclear plan. It is worth noting that the SKShT is traditionally the training of the supreme commander and the general government bodies. The Supreme High Command is obliged to select the necessary scenario of actions in the shortest possible time and issue the necessary order. And Putin (and Medvedev, when the shore is a place for the chief) coped with the tasks set very well. What scenario this time was, it is not known, there would have been to decide on missiles. Air-launched CDs also took place - the newest X-101 (nuclear X-102 was implied, nuclear war times) were launched from Tu-95MSM and Tu-160М bombers, and from the modernized Tu-22М3 also seemed to launch something, probably , talking about the new X-32 (or the old X-22M any of the versions). There were no reports about the launching of the sea-boundaries of the Kyrgyz Republic, but it also does not mean anything — it could have been, judging from the areas being closed.

This time there were no launches of anti-missiles of the A-135 complex, neither old nor modernized, but, on the other hand, there were still electronic launches, but there were already real ones this year, as well as long-range intercept missiles tests for A-235 " Nudol. " Separately, it should be said that in the course of the “autumn nuclear war” the launching and flying missiles check the EWS of the country, as well as missile defense. This time it was reported that the radar systems of the EWS worked perfectly for all the targets, as well as its cosmic echelon. In his role, the vehicles (known as “Tundra”) of the Unified Space System (CEN), intended for detecting ICBMs and SLBMs, and also (and this is its difference from the Oko-1 system replaced by it) and OTR and CR, and for provide management. Such devices while in orbit are significantly less than the number needed to complete the formation of the system, but the system is already working and has worked successfully.

By the way, launches of the KR and supersonic anti-ship missiles are traditionally already a task for air defense systems, such as long-range air defense systems and interceptors MiG-31BM. It is known that C-400, for example, has been hard at work lately on the Granit RCC, which is soon waiting for a gradual replacement with Onyxes and Zircons on those submarines and surface cruisers where it is installed, and therefore it has more often started than before, both for sea and land targets. And MiG-31BM is being trained on the CD and the PCR, but even on the flying BR - such tests were carried out.

Separately, it must be said about the fight against sabotage groups, especially among the anti-sabotage subdivisions guarding mobile ground-based missile systems, dozens of which were additionally sent "to the forests" these days. Each year, special-purpose units from the separate special-purpose units of the Main Directorate (GRU) of the General Staff conduct an “invisible battle” against the mobile and stationary components of the ground-based SNF, as well as against bases of submarine nuclear forces. With varying success, the parties are constantly improving the techniques used at these "jumps", but usually they still lose to the defenders of the nuclear potential. Participate in this and special forces from the Airborne Forces and SSO. This year, the participation of the Foliage for the Strategic Missile Forces "Foliage" is emphasized, which some experts consider to be an unnecessary unmasking attribute (considering that it radiates, its use is permissible only when and where the risk of detonation exceeds the risk of "flare" of the Strategic Missile Forces command post .

If we compare it with last year’s “autumn nuclear war” that took place on October 26 last year (the year before was October 12, that is, it is always October, but the numbers are different), then one launch was the Topol ICBM from Plesetsk, and they were launched three SLBMs - two P-29RKU-02 from the same "Ryazan" from the Sea of ​​Okhotsk and one P-29RMU-2.1 from the Barents Sea, and, of course, CD launches. If we take 2016, then there was 1 Topol, and one liquid SLBM each with KSF and KTOF, and then there wasn’t even an official announcement about SKSHT, only launches were announced. In general, there is no strict system, but it is more or less clear that they start almost every time. Why usually avoid launches during the SKSHT newest missiles, also explainable. They are already sufficiently launched a year during control, combat training launches or some other, and it is unwise to spend the accumulated ammunition during the production. However, “Sinev” is also produced and accumulated in arsenals, but it has already been produced more than enough, but “Bulava” or “Yars-S” - for now far less.

Of course, the autumn and spring "nuclear wars" are not only an excellent real training for the SNF, in addition to other exercises that are constantly going on in nuclear forces, but also another warning to the "dear probable number one partners" that the nuclear cladenton is not only more, thicker, heavier and sharper, but also quickly removed from the sheath and quickly and accurately peel on the head, too, can. And no armor from a broken missile defense system will help, as well as from a working one. Americans, however, also conduct similar training, but less often and on a smaller scale in terms of real starts, as a rule. Yes, and other nuclear powers of the next five - China, Britain, France, India and Pakistan. True, not all of them have enough available information, well, then so are the RF and the US - nuclear superpowers that can destroy all other countries on the planet, and they are of particular interest.

Only the media at this time very somehow sparingly covered the event held, albeit a routine one, but very large-scale. The entire information field was occupied by more important things. Two not especially talented football players and those who said something to them and smiled at the interrogation or not. And the unpleasant accident with the Soyuz-FG ILV, the first for the 64 launch, where the emergency rescue system showed itself well, even the overloads were very moderate, but this did not stop the "mourners" of the Russian cosmonautics. Accident is an unpleasant thing, but the normal operation of the rescue system, before that at this stage of the flight is not checked by an emergency situation, you just need to rejoice.