Myths about the origin of Ukraine and the Ukrainians. Myth 10. Terrorist Bandera - the hero of Ukraine 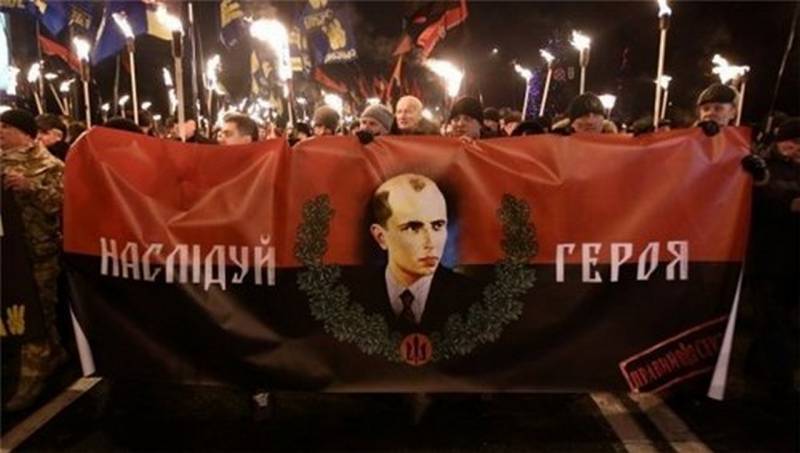 In the pantheon of national heroes of modern Ukraine, Stepan Bandera takes the place of honor of the “great” fighter for the Ukrainian “independence”. Streets are named in his honor, monuments are made for him, they write about him exceptionally positively in school textbooks and even try to portray him as an anti-fascist.

Who is this ex-hero of Ukraine, and even a contender for the title of "symbol of the nation"? If you look closely at the map of the country, it turns out that not all of Ukraine is glorifying it. Only in Galicia (Lviv, Ternopil and Ivano-Frankivsk regions) consider him “the leader of the nation”. In other areas, Bandera is not a hero, even today under the Nazi regime, the majority are indifferent to him or simply despise him.

Let's look at this person without rose-colored glasses of modern nationalist propaganda. One of the seven children of a Greek Catholic pastor, Stefan (and not Stepan, he was called just such a Polish name) was born in Austria-Hungary and grew up as a weak and rickety child with a huge inferiority complex. 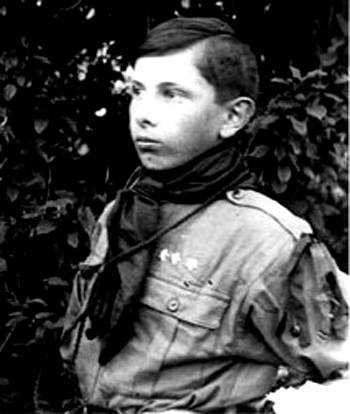 He compensated for a very small height (according to the police file, 159 cm) by participation in various nationalist youth organizations such as “Plast” and raised the will by strangling cats. As a result, by the time he entered the agrofak of the Lviv Polytechnic, he was already formed as an unusually cruel and merciless man who chose terror as his profession.

Since his youth, he has been an activist of nationalist organizations, a member of the OUN since 1929, whose activities in Poland at that time boiled down to acts of terrorism, expropriation of property and political assassinations. 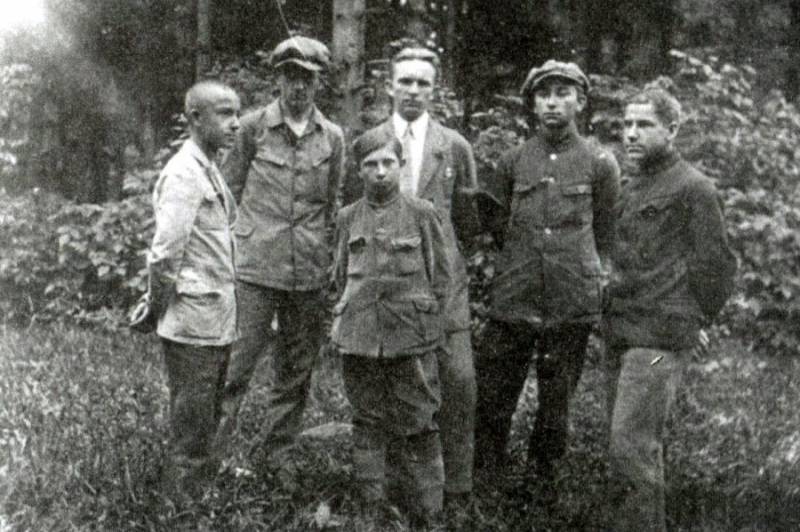 With 1932, he manages the regional organization of the OUN, manifests itself as a tough and cruel leader, and actively expands terrorist activities against Soviet diplomats, Polish and Ukrainian intelligentsia, police and students. Thus, on his instructions, the village blacksmith Mikhail Beletsky, professor of philology at the Lviv Ukrainian gymnasium Ivan Babiy, a university student Yakov Bachinsky and many others were destroyed.

And personally he tried not to participate in the killings, sent his comrades-in-arms and cruelly punished for non-execution. One of them, Maliutsu, who received the order to liquidate a certain Migal and who did not do it, was severely punished by killing her friend Maria Kovalyuk in retaliation. At the trial, Maljuts showed: “The OUN is an organization that recognizes only individual terror. Her methods and tactics have driven us into a corner ... "

At this time, the OUN establishes close contacts with Germany, the headquarters is transferred to Berlin. Bandera himself is trained in the intelligence school in Danzig, after which he activates his terrorist activities and orders the wards to undermine Yaskov’s Ukrainian printing house and the editorial board of the Lvov anti-fascist newspaper Sila and make an attempt on the writer Krushelnytsky.

After Hitler came to power, the Berlin headquarters of the OUN as a special department was enrolled in the Gestapo state. On the outskirts of Berlin, these funds begin the training of OUN fighters and their officers. German intelligence commands the liquidation of Peratsky, Poland’s interior minister, who strongly condemned Germany’s plans to seize Danzig, and in June 1934, Bandera’s people carry it out.

Even the creator of the OUN Konovalets was against this murder. Bandera, on the other hand, believed that no compromise and negotiations with the Poles were possible, only terror was effective. His slogan "Our government must be terrible!" He promoted his whole life. Colonel of the Abwehr Zrvin Stolze, who carried out the connection of Bandera with the Nazi intelligence, characterized him in such a way: “Bandera is an energetic careerist, a fanatic and a gangster ...”

The murder of political associates Bandera combined with elementary criminality. According to the testimony of the same Colonel Stolze, Bandera in 1940, "having received 2,5 from" Abwehr "a million marks for financing the created underground, tried to assign them and transferred them to one of the Swiss banks, from which they (we) were withdrawn and returned to Bandera. "

After the liquidation of the founder of the OUN Konovalets, the ambitious Bandera actually splits the OUN and begins an implacable fight with Melnik. Although it would seem it's time to join forces. After all, Germany had just freed all Bandera from the prisons of captured Poland and helped them prepare for war against the Soviet Union. But Bandera, before the war itself, creates its own grouping in the OUN and seeks to endorse the greeting of its members with Nazi greetings with a show of hands, “Glory to Ukraine! Glory to heroes!"

Under the leadership of the Abwehr, he forms the Nachtigall and Roland battalions, which, following Hitler’s troops, broke into 30 June 1941 in Lviv, brutally killed several thousand people. In this bloody act in the presence of two officers of the Abwehr, the creation of a “Ukrainian state” is proclaimed, Bandera calls himself its head and by his decree appoints a “government” headed by Stetsko.

At this time, he gives the command to physically destroy the members of the OUN Miller group, the Nazis decide to stop it. Melnyk also wrote a slander that "Bandera behaved unworthily and created their government without the knowledge of the Fuhrer." After that, Bandera and his “government” are subjected to house arrest, and he and Stetsko are sent to Berlin “for giving explanations”. There they were demanded to stop the terror against the group of Melnik, to withdraw the act of “proclaiming the state” and in two weeks were released.

Bandera's hatred for Melnik and the desire for the title of the only leader of the nation was so great that he continued the destruction of competitors, in fact the same as he, servants of Hitler. After several high-profile murders, including the author of the constitution of the OUN, Sciborsky, the Germans chose to make Bandera a “honorable arrest” for the second time and send him to Berlin. This somewhat cooled civil strife, but not for long.

The rapid advance of the Germans to the east by mid-September, 1941 becomes the pretext for Hitler to finally abandon the idea of ​​the emergence of a “Ukrainian state”, and Bandera is placed in a Berlin prison. In January, 1942 transferred him to honorable isolation in a special block of Tselenbau at the Sachsenhausen concentration camp, where he was kept together with other particularly important people - a Polish general, some princes and other "honorable prisoners." Later, Bulba-Borovets, the creator of the UPA, who was defeated by Bandera, joins him in the next cell, killing his wife Galina and assigning the name of the UPA to their troops.

In the concentration camp, Bandera together with his former enemy Bulba-Borovets did not suffer and did not die of starvation. They issued a wall newspaper with the significant name “Parasha”, a couple of times a month they were sent prostitutes, received letters, food parcels and money transfers from relatives, OUN and the Red Cross.

Not much Bandera was limited in movement. He could leave the camp, go for a walk and go to Berlin for Gestapo and Hitler's intelligence. Once, while walking around Berlin, Bandera was stopped by the police and immediately released on presentation of a Gestapo employee certificate. He visited the nearby Castle Fridental with inspectorates, where sabotage and reconnaissance training was conducted by his gangsters, together with the saboteurs of the SS Otto Skorzeny, who himself often visited Tselenbau.

In September, 1944, not thinner and not offended by Bandera, is released, he meets with Himmler and receives instructions on how to activate the Bandera movement on Soviet territory. An employee of the “Abvercommand-202” M. Muller showed during interrogation: “The General Directorate of Imperial Security released Stepan BANDERU from prison, who received a summer cottage near Berlin from the 4-D Gestapo department. In the same month, Stepan BANDERA arrived at the disposal of the “Abwehr-202 team” in Krakow ... ”Such a valuable shot was necessary for German intelligence.

He leads his supporters, encourages them to "continue cooperation" with the occupying forces and gives instructions "on the polls and the widespread destruction of the Polish population living in the territory of the western regions of Ukraine." 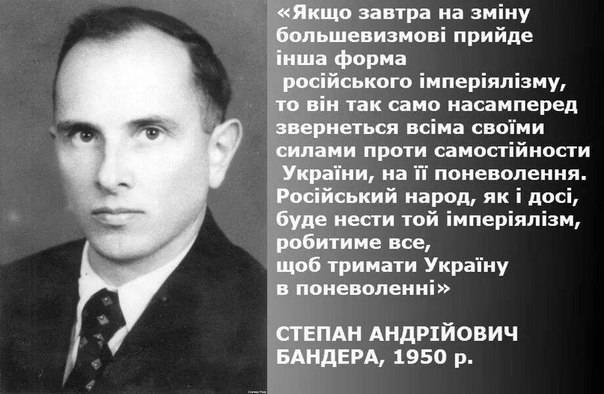 Under the leadership of the Germans, he instructed the Abverstellle teams in Krakow and prepared sabotage groups, but as a result of the rapid advance of the Red Army, he suddenly found himself in liberated territories in Krakow. According to one of the versions, from where, on the Hitler’s personal instructions, Hitler Skorzeny, a superdiversat of the third Reich, led the people to solve the problems of very important people for fascists (like Mussolini).

Until the end of the war, he directs the Bandera underground from Germany on Soviet territory, and after Germany’s capitulation, he begins to cooperate with British intelligence and the organization of Gehlen, settles in Munich and organizes mass terror in Western Ukraine. At the same time, he did not hide in the stinking caches and did not eat what could be taken away from the local population. He preferred to eat in restaurants, live in Germany, ski in the Alps, and swim in Lake Geneva.

Bandera’s anger and hatred turned into the summer of 1945 of the year in the directive of the OUN-UPA: "Let half of the Ukrainian population remain - there is nothing wrong. We must destroy everyone suspected of ties to the Soviet authorities." The directive was strictly enforced. Under his direct leadership and on his orders in the western regions of Ukraine, more than 1944 thousands of civilians became victims of the Bandera terror in 1953-30. 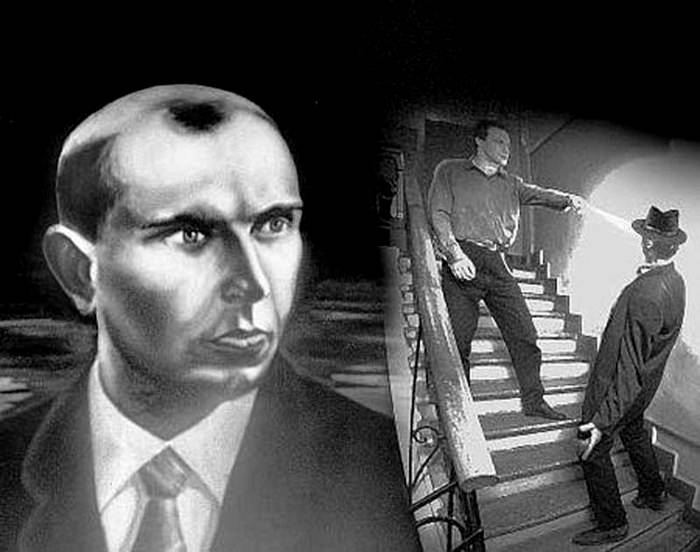 When this evil shorty was finally eliminated, he turned 50 years. Of these, he did not work for a single day of his mean life, receiving money solely due to terrorist activities. And really served first Hitler's intelligence, then the American and British. And not a single day worked for the people, which he was going to “make happy” with his delusional ideas. For three decades - hundreds of thousands of dead and dissatisfied ambitions of the “little man”, and ended up in a foreign entrance of a foreign house of a foreign country. Until recently, trying to kill his fellow tribesmen with someone else’s hands ...

And to this monster, President of Ukraine Yushchenko in 2010, he awarded the title Hero of Ukraine! And the cowardly president Yanukovych was scared to annul this decree, and the court of Donetsk overturned him. What state, such are his rulers and heroes.