October 10 2018
77
Baltic dying out. And it does this at a much higher rate than other EU countries. Along with the relatively low birth rate characteristic of most European countries, depopulation of these three republics has not only demographic, but also social reasons. The low standard of living and unemployment compared with the states of the old Europe caused a massive outflow of the able-bodied population. Young people go abroad in search of a better life, and most are not going to return to their homeland. Lithuania, Latvia and Estonia are rapidly turning into the countries of the elderly. 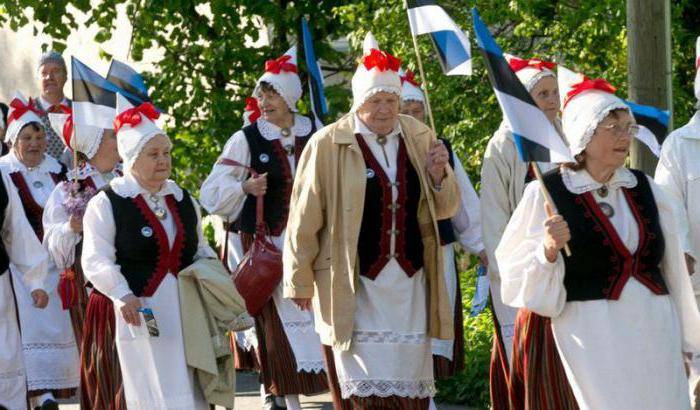 The economies of these republics, although fairly “sequestered” after joining the EU, currently cannot stay afloat without the involvement of labor migrants - citizens of those countries whose standard of living is lower than in the Baltics. And, despite the construction of virtually ethnocratic states in these three republics, business representatives push quotas for migrant workers. 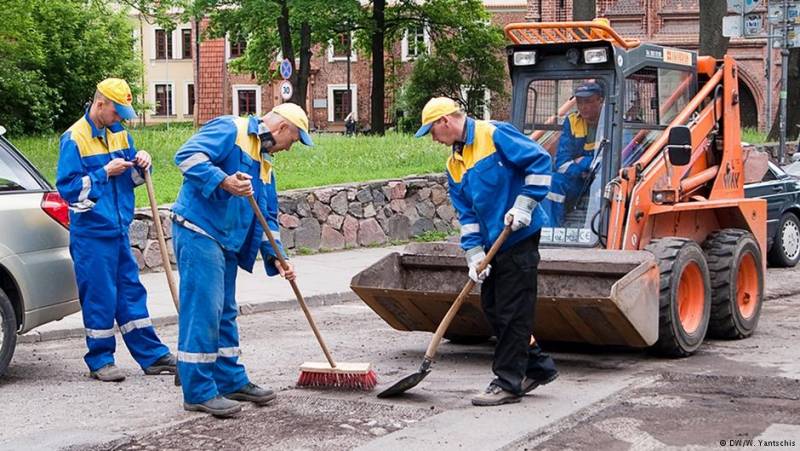 Attempts by nationalist parties to prevent this are easily blocked by capital, because they actually contain all political groups, including right-wing groups.

Until recently, it was considered a good idea in the Baltics to attract citizens of Ukraine as labor migrants. Of course, this remarkable decision came to the heads of Baltic officials after the coup in Ukraine, which brought the current regime to power, whose support has become an essential element of the anti-Russian and Russophobian policies pursued by Vilnius, Tallinn and Riga. 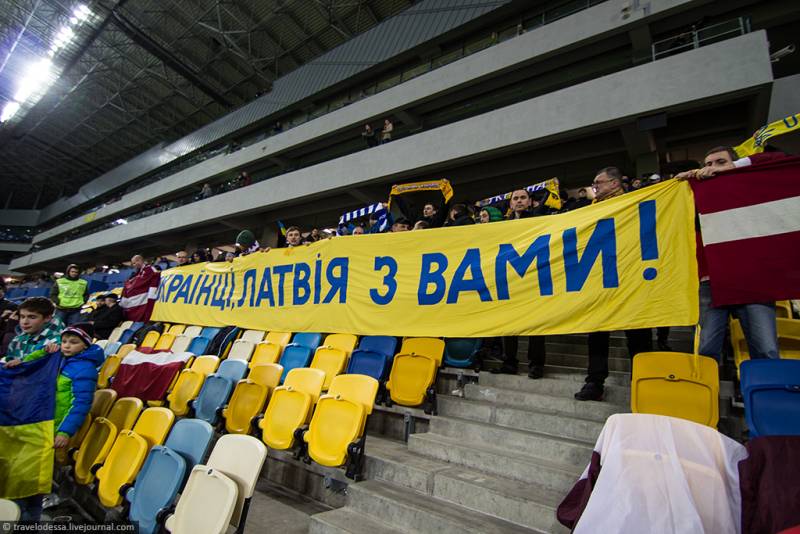 It was supposed that by giving the Ukrainians the opportunity to repair plumbing, take out the garbage and extract oil shale in the mines of Kohtla-Järve, the Baltic states provide help and support to the freedom-loving Ukrainian people fighting the “Russian threat”. Who will be eternally grateful for this new “elder brothers”. 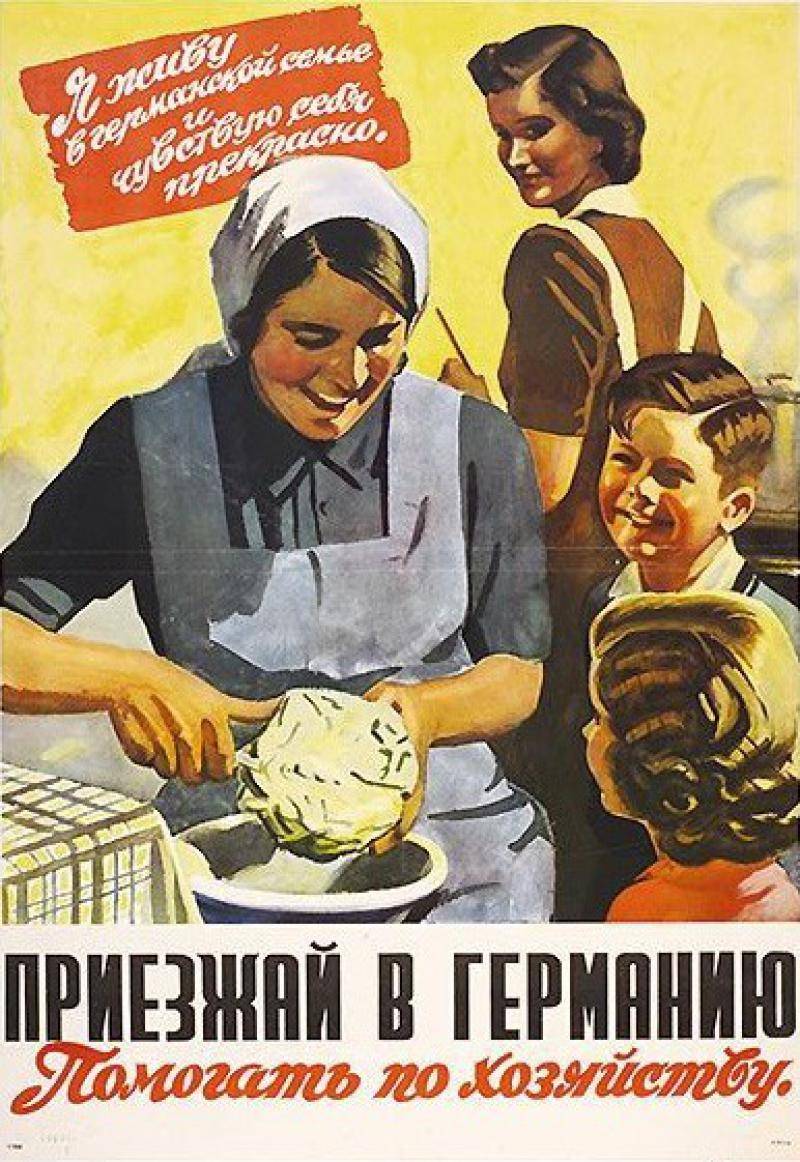 Nationalists, too, oddly enough, supported labor migration from Ukraine at first, hoping that those who "came in large numbers" would be able to oust local Russian and Russian-speaking people, much of whom are forced to work hard and / or little prestigious jobs from this segment, and run and from the Baltic. 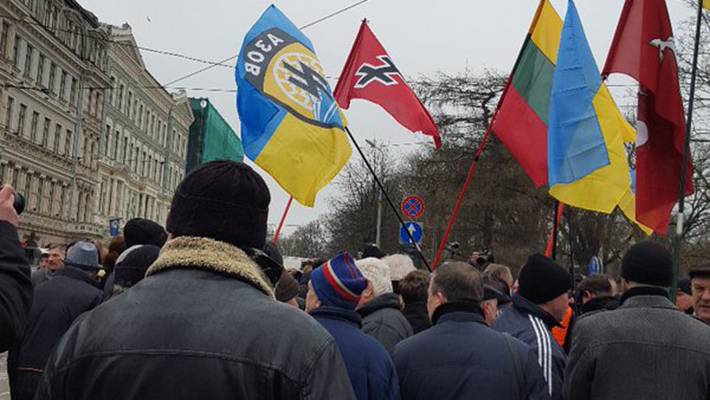 Recall that not so long ago, the head of the Estonian Conservative Party, Mart Helme, announced that the only option for Russians in Estonia is assimilation. All those who are not satisfied with this should go beyond the Narva River (the state border of Estonia and Russia passes along it), the politician believes. 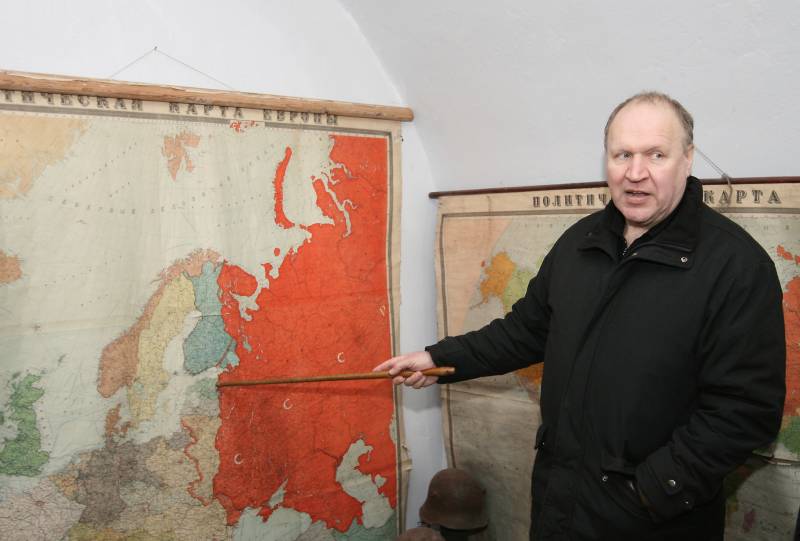 And in the “final solution of the Russian question,” the Baltic Nazis placed great hopes on Ukrainian migrants.

In the Baltic right-wing media, they openly wrote that among the migrant workers there are many “heroes of the ATO” who know very well how to deal with “Muscovites” and, if necessary, they will be able to realize their rich experience in the Baltic States. 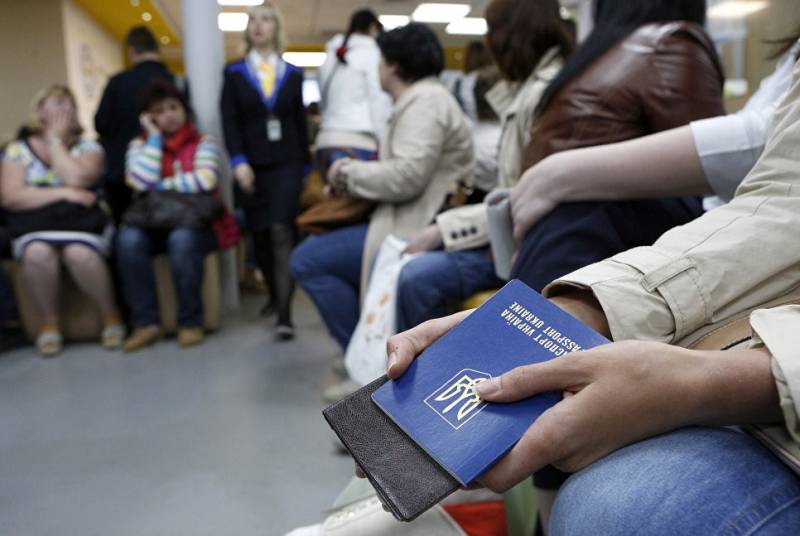 Among those who issued a short-term work permit for up to twelve months, the dominance of Ukrainians turned out to be even more noticeable. As of mid-September, 13 410 of such permits were issued in Estonia from the beginning of the year, including to the citizens of Ukraine - 10 602 (about 80%).

Moreover, there are hardly any grounds to consider them low-skilled: at least one third of Ukrainian labor migrants have a higher education, about half have a vocational degree or a technical school diploma, and the rest have a basic or secondary education. About half of these immigrants found work in the construction or manufacturing industries.

As for Lithuania, in total in 2017, the local Migration Department issued thousands of temporary residence permits to Ukrainian citizens 6. And in the seven months of this year, the Ukrainians have already received about 18 thousands of work visas in Lithuania. According to the plans of the country's migration service, in 2019, this number will increase by 40 − 50%. 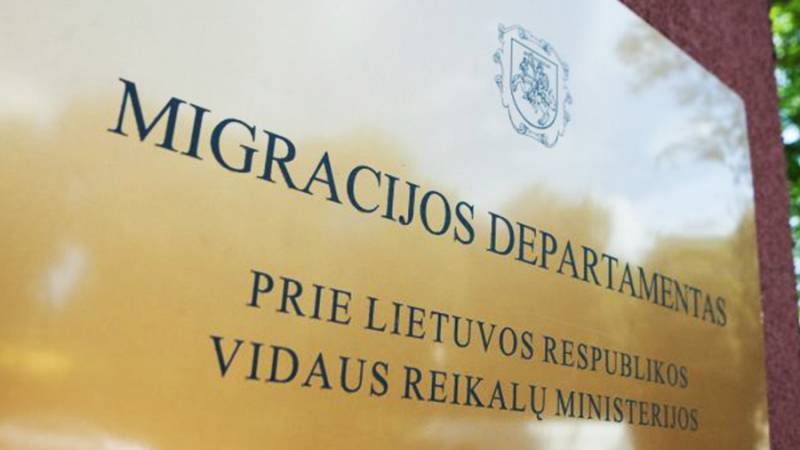 Everything would have seemed simply remarkable: unlike the old Europe, where they are trying to fight depopulation and labor shortage by bringing “future Europeans” from the Maghreb, Africa and Central Asia, the Baltic countries get qualified and quite civilized “Gaster” behaving decently and really ready to work. 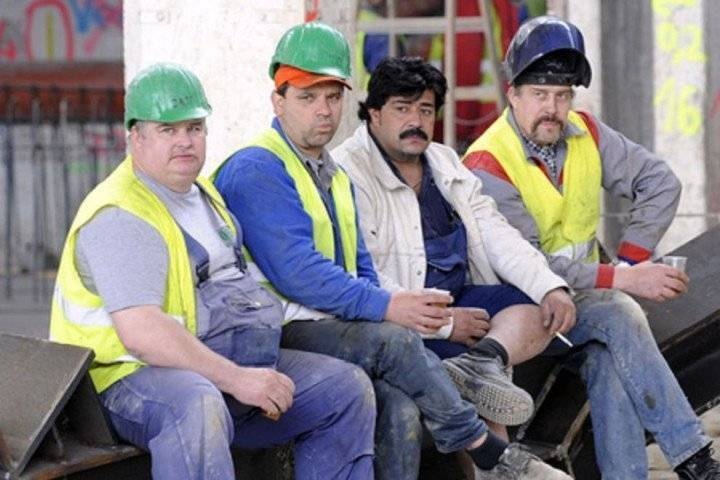 “Lithuanian employers welcome Ukrainian workers, since Ukraine is quite close. In addition, Ukrainians use a visa-free regime for short trips, and it is easy to negotiate with them in a language that everyone understands. This predetermined the fact that it is the citizens of Ukraine who receive the majority of temporary residence permits in Lithuania, ”the head of the Lithuanian Migration Board Evelina Gudzinskaite cannot rejoice at the assistants. 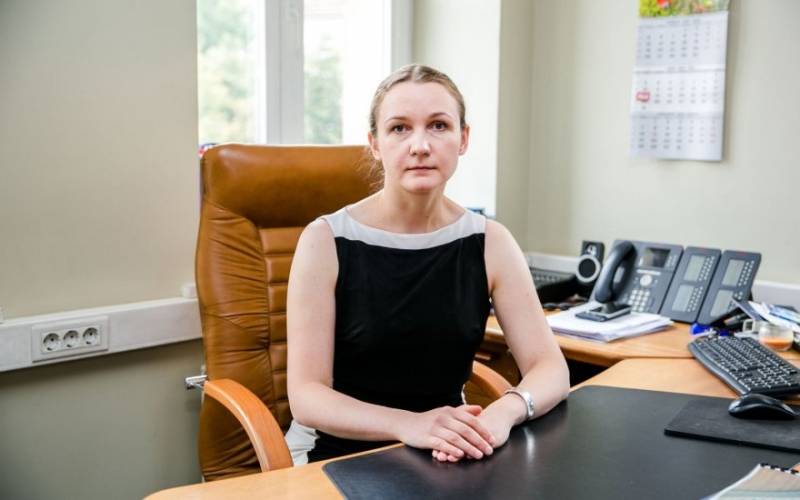 And here we will pay attention to the “understandable for all language” in which Ukrainian migrants communicate. For many Balts, it was a shock that Ukrainians speak the “language of the occupiers.” After all, far from the SBU and nationally Svidomo activists, they do not consider it necessary to distort their speech, making it look like a “state power”. And then employers will not understand them. That is, the Russian language does not even think of giving up its position in the Baltic States, having received unexpected support from where it was not expected.

Moreover, it turns out that among the Ukrainian citizens who came to work, a significant percentage of the most genuine ethnic Russians are trying so hard to send “for Narva”.

But the "atoshnikov" and conscious Bandera among them is much less than expected by the receiving party. After all, these characters are not at all for “shedding blood” on Maidan and in the Donbass, in order to hunch up on Lithuanian construction sites and Estonian manors. They want to "panovat."

To top it off a significant number of mixed marriages with Ukrainian migrants are recorded. So the question of who will assimilate whom — the Balts of the Slavs, or quite the contrary, does not look idle. 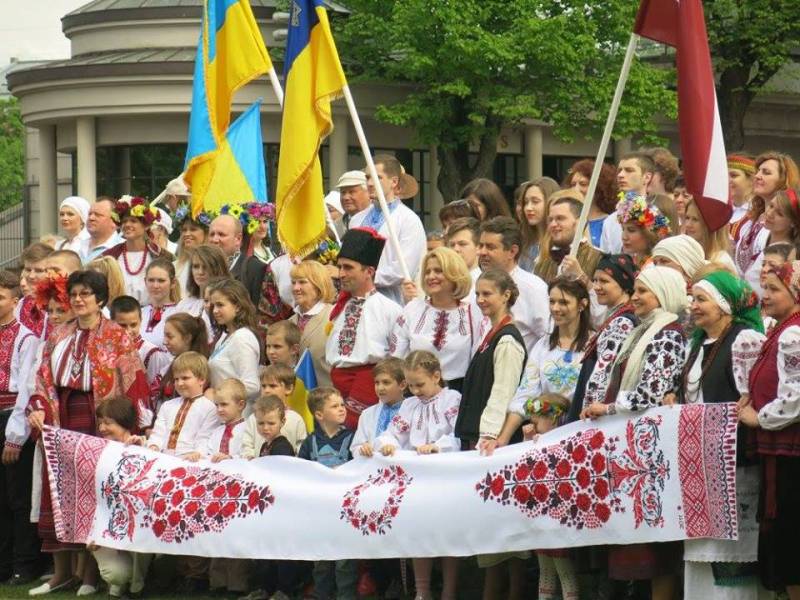 Slavonicization of the emptying Baltic territories is in full swing. And, by the way, the Ukrainian migrants try, as a rule, to give their children to Russian schools.