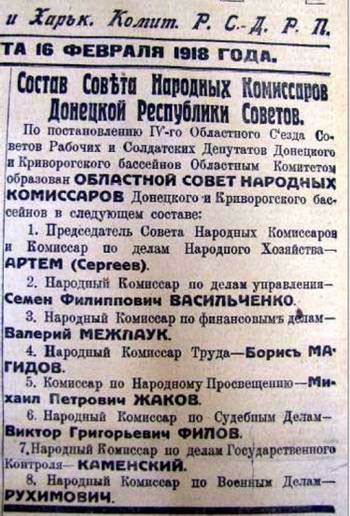 100 years ago a new spelling was finally and officially introduced in Russia. October 10 The 1918 decree of the Council of People’s Commissars and the decree of the Presidium of the High Council of the National Economy "On the withdrawal of the general letters of the Russian language from circulation" (i decimal, fit and iat) was adopted.


The first edition of the decree introducing new spelling was published in the Izvestia newspaper less than two months after the Bolsheviks came to power, December 23 1917 of the year (January 5 of the New Year's style 1918). As a result, the reform of the Russian language led to the emergence of the myth of “Bolshevik arbitrariness”, “forced simplification of the language” by the communists, etc. This opinion began to emerge in the Soviet era. Then the spelling reform, largely due to which (this fact cannot be denied) in a huge country, illiteracy was eliminated as soon as possible, was hailed as the conquest of the revolution, as a merit of Soviet power exclusively.

It is clear that after the collapse of the USSR, this assessment with a plus sign was changed to a minus sign. In 1990, they even raised the question of returning to the old spelling. Especially zealous in the abolition of the "Bolshevik" spelling clergy. The letters “er” and “yat” (especially the first one) at the beginning of the 1990-s that were withdrawn during the reform became one of the symbols of both “old”, pre-revolutionary Russia, and opposition to the “scoop”. One of the most striking examples of this is Kommersant in the name of the newspaper Kommersant (Kommersant). The newspaper began to appear even in Soviet times, challenging the order of the time (already at the stage of collapse). 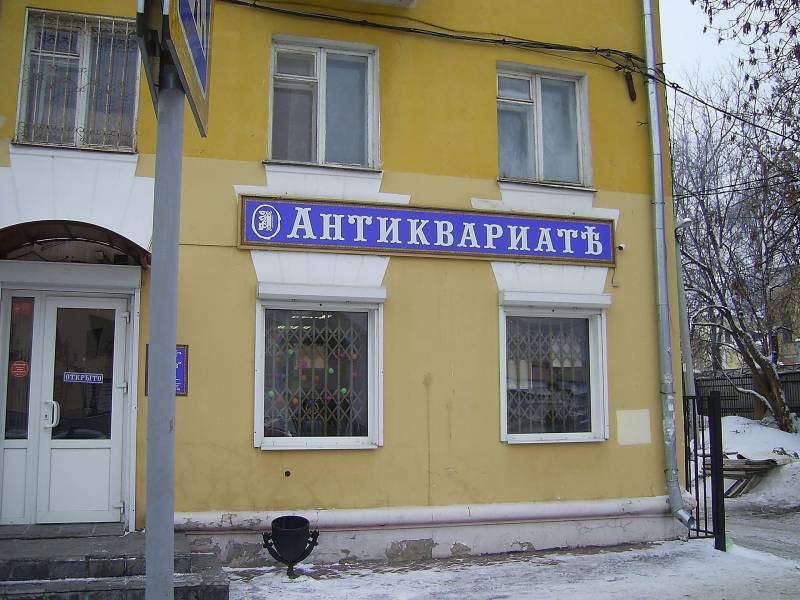 A sample of illiterate use of yatya in today's Russia. "ANTIQUES" instead of "ANTIQUES". Photo: Nicolay Sidorov, commons.wikimedia.org

In reality, the Russian Bolsheviks in the country in turmoil were not in the mood for drawing up plans for reforming the Russian language. There were plenty of other worries. The Soviet government simply used the previously prepared plans. So, the reform was prepared long before the 1917 revolution of the year and was prepared not by revolutionaries, but by professional linguists. Of course, among them were people with their own political views. For example, a Russian linguist, literary historian, academician A. I. Sobolevsky, known for his active participation in the activities of various kinds of nationalist and monarchist organizations, in particular, the Union of Russian People. Preparations for reform began at the end of the 19th century: after the publication of the works of Yakov Karlovich Groth, who first gathered together all the spelling rules, the need to streamline and simplify Russian spelling became clear.

It can also be noted that the thought of the unjustified complexity of Russian writing occurred to some scholars in the 18th century. Thus, the Academy of Sciences first tried to exclude the letter “Izhitsa” from the Russian alphabet as early as 1735, and in 1781, at the initiative of the Director of the Academy of Sciences Sergey Gerasimovich Domashnev, one section of Academic News was printed without a letter at the end of words. That is, this idea was born in Russia long before the 1917 revolution of the year.

At the beginning of the 20th century, Moscow and Kazan Pedagogical Societies proposed their own projects for the reform of the Russian letter. In 1904, the Orthography Commission was established at the Department of Russian Language and Literature of the Academy of Sciences, which was tasked with simplifying Russian writing (primarily in the interests of the school). The commission was headed by the prominent Russian linguist Philip Fedorovich Fortunatov, and its members included the greatest scientists of the time, A. A. Shakhmatov (who headed the commission in 1914, after the death of F. F. Fortunatov), ​​I. A. Baudouin de Courtenay, P. N. Sakulin and others. The commission considered several proposals, including quite radical ones. Initially, it was proposed to abandon the letter b in general, and use b as a separator sign, while canceling the writing of a soft sign at the end of words after hissing and writing the mouse, night, love. It was immediately decided to remove the letters “nine” and “phi” from the Russian alphabet. The draft of the new spelling was presented by scientists in the 1912 year, but was not approved, although it was widely discussed.

Further, the case was continued under the Provisional Government. 11 (24) May 1917 was held a meeting with the participation of members of the Orthographic Commission of the Academy of Sciences, linguists, school teachers, at which it was decided to soften some of the provisions of the project 1912 of the year. So, the members of the commission agreed with the proposal of A. A. Shakhmatov to keep the soft sign on the end of the words after hissing. The result of the discussion was the “Resolution of the meeting on the simplification of Russian spelling,” which was approved by the Academy of Sciences. After 6 days, 17 (30) in May, the Ministry of Education issued a circular in which it was proposed to introduce reformed spelling in schools from the new school year. Another circular came out on June 22 (July 5).

Thus, the reform of the Russian language would have occurred without October. True, under the Provisional Government, the transition to new spelling was planned to be gradual. And the Bolsheviks, in accordance with the situation, acted decisively, revolutionary.

So, the Bolsheviks withdrew from the printing houses all the letters with the letter b. Despite the fact that the new spelling was canceled not to Kommersant at all (this proposal, which was considered in 1904, the Orthographic Commission subsequently refused), but only its spelling at the end of words (Kommersant’s use as a separator sign was preserved), the letters were universally selected. To designate a separator mark, typesetters had to use an apostrophe, so there appeared writing such as lifting, meeting, etc.

As a result, the new spelling was introduced by two decrees: after the first decree signed by the People's Commissar of Education A.V. Lunacharsky and published on December 23 1917 of the year (January 5 1918 of the year), the second decree of October 10 of 1918, signed by Deputy Commissar M. N. Pokrovsky and the manager of the affairs of the Council of People's Commissars V. D. Bonch-Bruyevich. In accordance with the reform, the letters five, phi, I (“and decimal”) were excluded from the alphabet; instead they should be used, respectively, E, F, and; a solid sign (b) at the end of words and parts of compound words was excluded. Already in October, the official organs of the Bolsheviks, the newspapers Izvestia and Pravda, switched to the new spelling 1918. Interestingly, the old spelling, abolished by the decrees of the Bolsheviks, became one of the symbols of the White movement, it played the same role for the Russian emigration. For example, I. A. Bunin noted: “By order of the Archangel Michael himself, I will never accept Bolshevik spelling. If only by the mere fact that the human hand had never written anything like what is now written according to this spelling. "

Thus, the new spelling is not “the arbitrariness of the Bolsheviks”, but the result of many years of work by the leading Russian scientists of an old, pre-revolutionary Russia. The Soviet government only completed this process in the style of those fiery years - revolutionary.