The Pentagon has announced a tender for weapons caliber 6,8 mm

October 9 2018
48
The Pentagon announced a competition to create prototypes of small weapons caliber 6,8 mm according to the program NGSW (Next Generation Squad Weapons), reports bmpd. 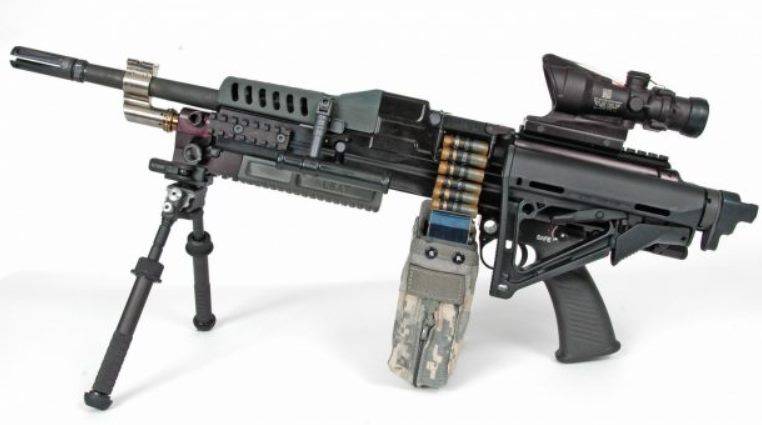 A prototype of the 6,8-mm automatic LSAT weapon developed by AAI using the NGSAR program.

It is assumed that the new NGSW-R automatic rifles and NGSW-AR light machine guns will replace the army 5,56 mm carbines of the M4 family and the M249 machine guns.

Under the terms of the competition, the firms participating in it must, during the 27 months, create and pass on 50 troop tests for each type of prototype, as well as 850 thousands of 6,8 caliber cartridges.

According to American experts, the new assignment of the military department will cancel all previous assignments on this topic issued to individual companies under the NGSAR program. Six preliminary contracts in June 2018 were concluded with General Dynamics, AAI Corporation, FN America (two contracts), SIG Sauer and PCP Tactical.

Until now, very little information about the cartridge caliber 6,8 mm, says the material. It is known that last year the US Army completed the Small Arms Ammunition Configuration (SAAC) program, during the implementation of which, perhaps, a new ammunition was created.

At the same time, the general purpose cartridge HM1186 is mentioned in the NGSW weapons design assignment, which should be the basis for developing a new cartridge. According to customer requirements, he will have to "meet all the requirements of combat training." Also in the competition task are mentioned the training cartridge HM1194 and the cartridge of increased ballistics.

A prototype of the 6,8-mm automatic LSAT weapon developed by AAI using the NGSAR program.