Russian trolls from the GRU pretended to be feminists in Britain

October 9 2018
20
The hands-on American analysts, who are guarding every tear of the child, are sounding the alarm: the bottom has been broken again, the Russian special services have already reached the British teenagers! 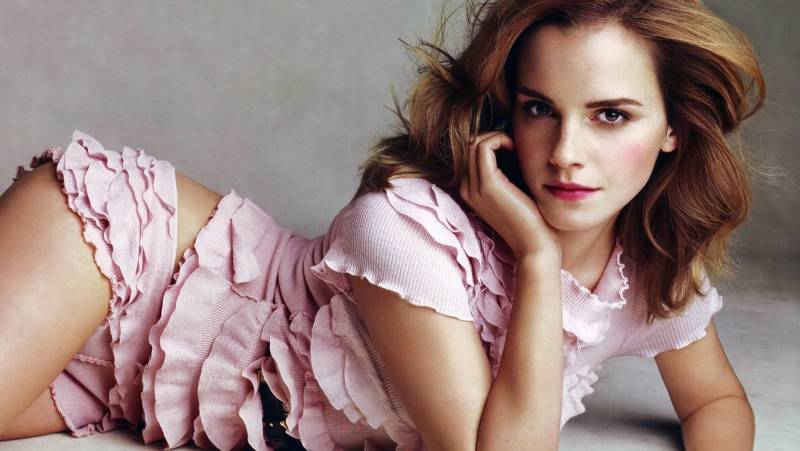 According to The Times, specialists from Clemson American University, having studied more than three million posts in social networks, concluded that the Russian teenagers were actively cyber-attacking Russian Internet trolls.

"Trolls" deliberately attracted the attention of British teenagers with similar topics. They pretended to be Harry Potter fans, fighters for LGBT rights, feminists, and also used photos of celebrities, for example, the performer of the role of Hermione in the "Potterians" Emma Watson.

When there were enough subscribers in the accounts, the accounts published misinformation about various events. So, according to analysts, the ICYMI channel on YouTube allegedly tried to create confusion about the case of poisoning of ex-colonel of the GRU Sergey Skripal and his daughter Julia in Salisbury.

Using photographs of Emma Watson is, of course, a low blow. And in the literal sense. The bait for young cyber ... sorry, for the beautiful elven youths, was too attractive, they grabbed it without thinking, and as a result, the terrible "troll factory" of Yevgeny Prigogine could triple the "misinformation" with trebled efficiency. In particular, they misinformed the children about Brexit, the referendum on the independence of Scotland, urged the little boobies to the detriment of vaccinations and urged them to protest.

However, we all understand that there is a puncture in the published information, which fully justifies our intelligence officers. The fact is that information about the total harm of vaccinations is distributed only by less soft people, not very smart people. And the use of such a theme for agitation unequivocally tells us that we are not dealing with the machinations of terrible Russian intelligence, but with the free creativity of the broad teenage masses, who, unfortunately, the English have already instilled in the British language. Now, as they say, eat, do not wear your hair - our teenagers will not teach you this either.

And then, enough about the mote in our eye. Look at the meetings of Navalny and tell me, whose calls for adolescents to go to the protests are more persistent and effective?

Well, another nuance. Three million messages from our trolls. That is, if there are a whole thousand of them at Prigogine’s “factory” (this already renders insanity - it’s everybody who needs to pay, yes to control, yes to coordinate, yes to keep records, etc.), everyone only had three thousand records in this direction to do. And who then, I apologize, Trump chose? Five thousand more trolls ?! Prigogine, I beg, set it up!!!

However, no matter how comical this episode may seem, it is not at all ridiculous if you link it with other accusations against the Russian special services, in particular, their involvement in cyber attacks on the OPCW and other Western organizations and firms.

Last Thursday, Valinor, Rohan, Gondor and Shire ... Oh, sorry, the United States, Canada, the United Kingdom, Australia and the Netherlands issued a joint statement containing new information on Russia's actions in cyberspace. In particular, there was talk of an attempted cyber attack on the Organization for the Prohibition of Chemical weapons (OPCW), whose headquarters is located in The Hague. Also mentioned are attacks on some other organizations and companies, in particular, on WADA (World Anti-Doping Agency), the American nuclear giant Westinghouse, the Ukrainian electricity grid, etc.

Needless to say, the Western media gladly swallowed everything they threw up, and now they digest with satisfaction. With their opinions and details of “disclosures” (bear in mind - the expression “most likely” is present there very often, the English do not change themselves) you can easily read it already in Russian, the benefit of the translations has appeared enough.

But we will talk about something else. The first thing I would like to point out: to accuse intelligence that it is engaged in intelligence is rather silly. If our Western comrades are serious about this, then the next step for them should be the dissolution of their own intelligence services. But we probably will not expect such a commendable sequence from them.

The second thing that we should bear in mind: the actions of our intelligence (let's not be ashamed of this, for we are in our right) are only the answer to the utmost unceremoniousness of the Americans, who have spread their agents of influence in all important international organizations over the past couple of decades . Yes, the Yankees have the opportunity, without further ado, stupidly twist their arms and call it a "democratic process." We have no such opportunity, so we have to act thinner. Alas, probably, it does not always work exactly the way we would like. But often it still turns out: it is no coincidence that most of the “revelations” were done “in hindsight”, after the terrible and “incompetent” GRU not only gained access to the necessary information, but could somehow use it.

Probably, the discrediting of our intelligence, and through it, Putin, who is traditionally associated with intelligence, is the main goal of this stuffing of “revelations”. If you are not too lazy to reread at least a few articles of the largest Western media dedicated to this event, pay attention to how monotonously persevering it is in these two points - “GRU screwed up” and “Putin is connected with intelligence”. Sometimes, by the way, almost identical turns and expressions are used there - it feels like a CIA draf has visited every journalistic table.

In general, it would even be funny if it were not for the price of such “concerts”.

A British teenagers still sorry. Hermione encroached on !!! To Hermione !!!