October 8 2018
106
The concept of SLS is not the first attempt by Americans to resume astronaut flights on their own platform after the Space Shuttle. 14 January 2004 was announced the program Constellation ("Constellation"). It was the idea of ​​George W. Bush, who was supposed to lead Americans for the second time to the moon in the period from 2015 to 2020. As you can see, NASA failed to implement the idea. At the heart of the Constellation were laid two rockets - one heavy class Ares I and one super heavy Ares V, as well as the development of a lunar module LSAM (Lunar Surface Access Module). 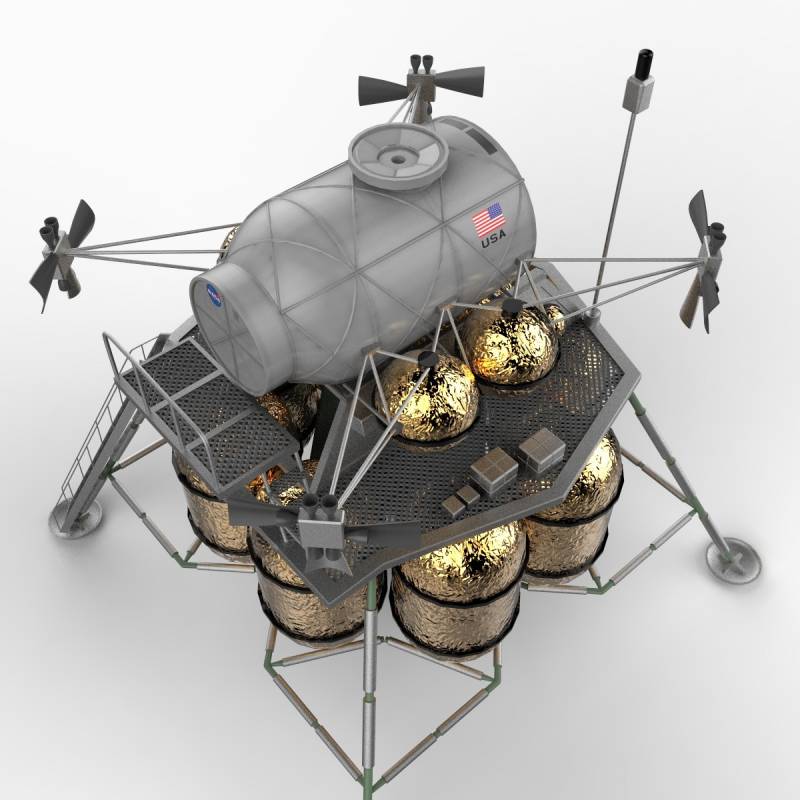 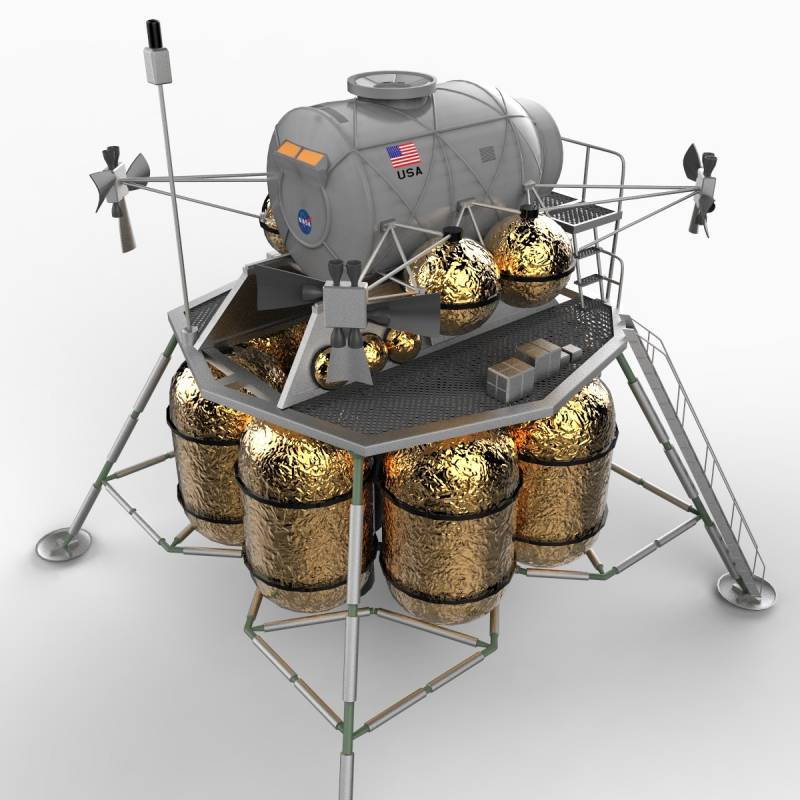 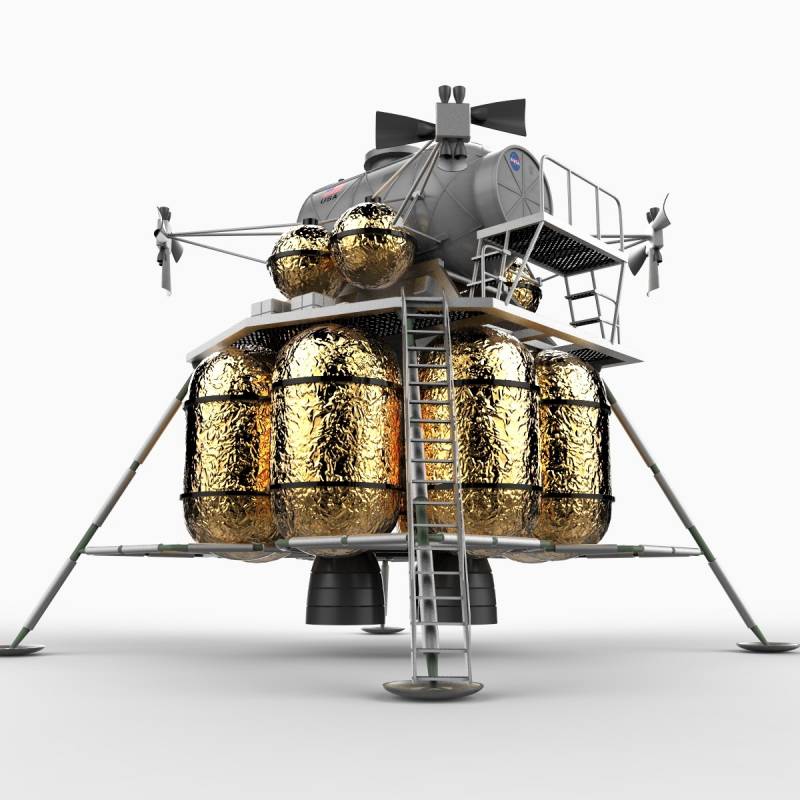 Ares I is a modified solid-fuel booster, borrowed from the old Space Shuttle, to which the oxygen-hydrogen stage was attached. From above, everything was crowned by a CEV spacecraft equipped with an emergency rescue system. In fact, the main purpose of Ares I was to deliver cargo and astronauts to near-Earth orbit, mainly to the ISS. Much more ambitious was the “truck” Ares V, consisting of a central cryogenic unit with modified “Shuttle” accelerators suspended on its sides. A space head with an accelerating stage and a lunar LSAM module docked to the upper part. Naturally, such a serious car was aimed at least at the natural satellite of the Earth, and in the future, at the delivery of Americans to Mars. NASA had to make Ares V a true monster - solid fuel boosters became the most powerful in the world, and the first five cryogenic SSME or RS-25 propulsion engines with 181 mc starting power supply were first replaced with five, and then immediately with six RS-68 thrusting 295 hardware. 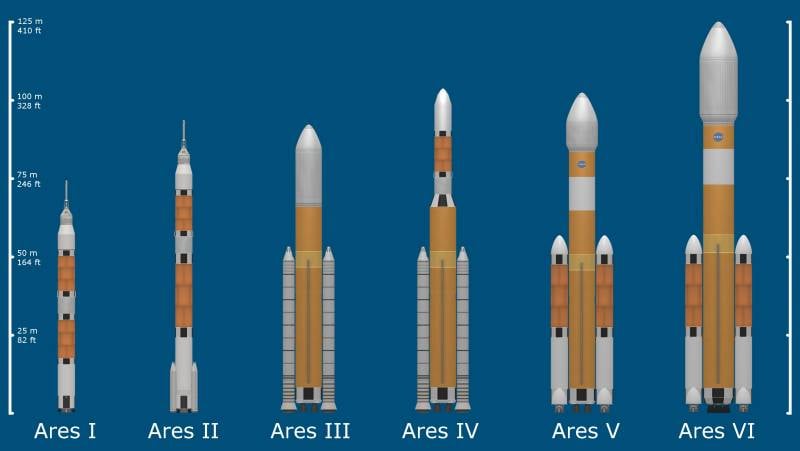 Perspective family Ares. Only one rocket went into space ...

They also increased the “thickness” of the central part of the rocket - from the initial 8,4 m to 10,3 m. In the final, American engineers played a little with an increase in the “super heavyweight” traction capabilities, and the standard tracked carrier of the cosmodrome was unable to take on such a large object. However, NASA decided one task after all: Ares V was able to take tons of payload with 180 into space. It was not easy for the smaller “brother” Ares I, which the engineers extended to 96 meters without taking care of the rigidity of the structure. As a result, the lower stage with a working accelerator generated oscillations that could be fatal for the rocket and crew. In addition, 2009 computer simulations of the year showed that the wind force of all 5-11 m / s will tilt the Ares I rocket to the cosmodrome service tower, and this threatens, if not a catastrophe, then serious damage to the launch pad from the displaced first-stage engine torch. Such fundamental miscalculations, of course, could be corrected, but the price exceeded all reasonable limits. In addition, the loss of time for revision generally put an end to the US lunar-Martian mission. One of the employees involved in the project noted very precisely: “If NASA pushes the program hard enough, the rocket will fly, but you will have to make so many compromises that it will be so expensive and will be created so late that it would be better flew in general ... ”Barack Obama in May 2009 of the year created a commission headed by space businessman Norman Augustine, whose task was to evaluate the project Constellation and work out further actions. Experts found out that the budget has grown from 27 to 44 billion dollars, which is not enough to keep the project on schedule, and the total spending on space initiatives of George W. Bush to 2025 would be more than 230 billion! Speaking to members of the House of Representatives, Norman Augustin reported on the results of the audit: “The current program in its current form cannot be implemented due to the inconsistency between the allocated funding and the chosen methods of implementing the tasks at hand.” He clarified that in order to launch astronauts beyond the limits of near-Earth orbit, the United States should allocate at least 3 billion to the project annually. Augustine also proposed to reorient the entire mission to land on asteroids flying near the Earth at the beginning of the 2020-s, or on Phobos with Deimos. NASA, feeling that the earth was literally burning under the Constellation project, October 28 of the year launches the first experimental Ares IX rocket with the CEV space-weight model. 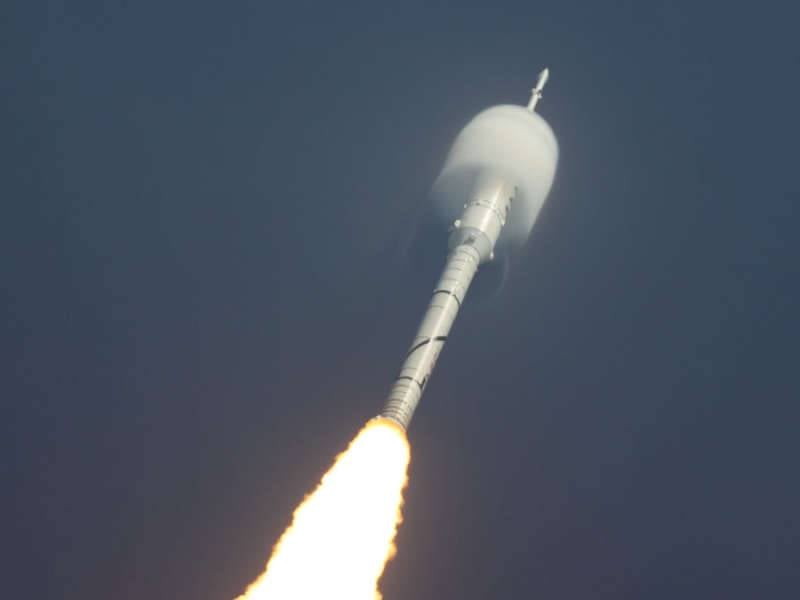 Ares IX a few seconds after the start

The first launch turned out to be the only one - the arguments of the Augustine Commission had a greater impact on the authorities than the almost fake launch of the rocket, and in February 2010 of the year the Constellation was closed. It turned out that even practical and prudent Americans know how to spend budgetary resources inefficiently. Following an unsuccessful experience with Constellation, the congressmen in July 2010 had the idea to allocate money for two similar projects: Space Launch System SLS (Space Launch System) and Multi-Purpose Manned Ship Orion MPCV (Multi-Purpose Crew Vehicle). 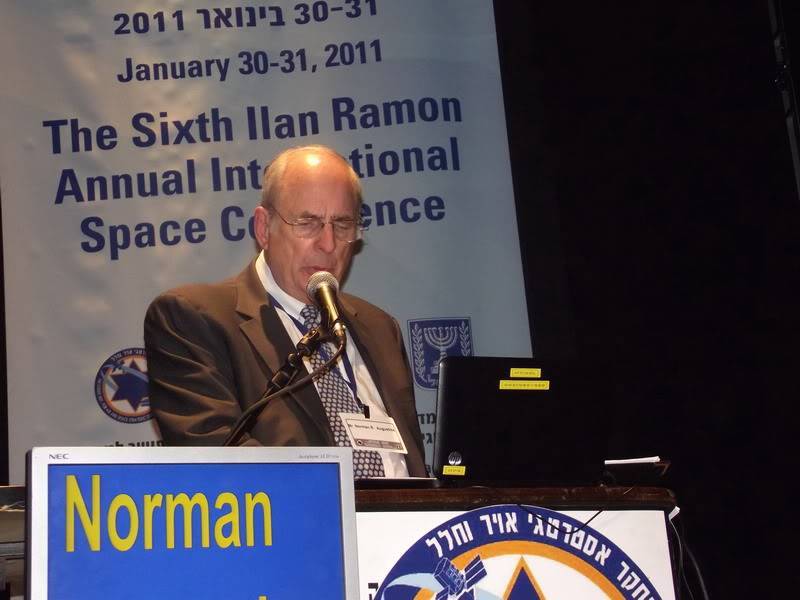 Norman Augustine - the man who put an end to the draft Constellation.

What did the Americans expect from the project? First of all, SLS should “open up completely new opportunities for science and human exploration of space, further near-earth orbit, including flights of astronaut researchers to various regions of the Solar System to search for resources, create new technologies and get an answer to the question about our place in the Universe.” Such an ambitious mission was complemented by a no less significant development of “a safe, affordable, long-term means for going beyond the existing limits and discoveries through research into remote, unique areas of outer space”. SLS will launch the Orion multi-purpose and more scientific equipment into deep space. The most interesting thing was that the SLS finances were actually allocated only at the initiative of the Senate and against the will of President Obama. 15 April 2011 of the year he “through force” signed a law establishing a ceiling for financing the project to 11,5 billion for the carrier and to 5,5 billion for the ship. 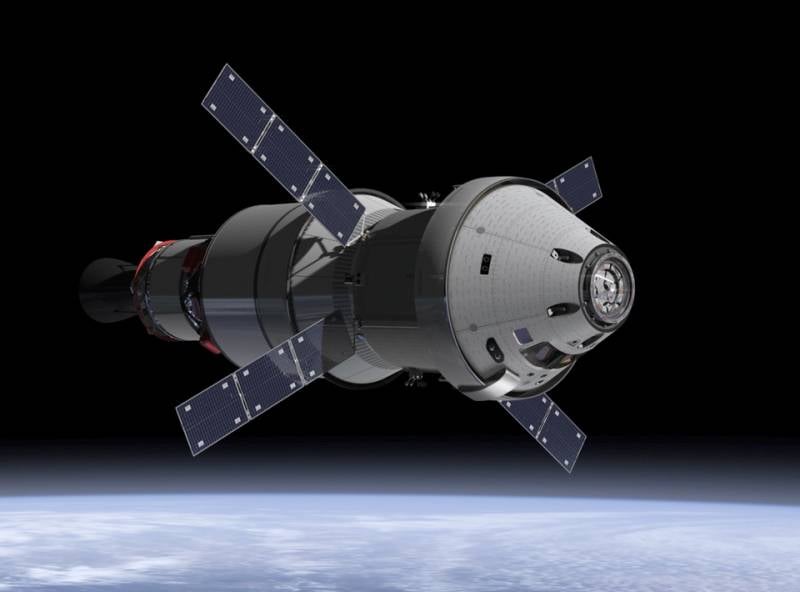 Senators acted in the unusual role of engineers and independently determined the future look of the American "super heavyweight". It is assumed that this will be a rocket with two five-section solid-fuel boosters based on, again, Space Shuttle boosters, and with a giant central cryogenic part with RS-25 engines. The upper step is also assumed to be cryogenic. The usable mass of the cargo to be released into space was limited to 130 tons, which was somewhat more modest than the parameters of Ares V. The congressmen actually decided to rebuild their Constellation in the hope that this time it would be cheaper. The Economist weekly wrote in this connection: “The peculiarity of this project is that the launch vehicle was first created under the auspices of politicians, and not scientists and engineers.” 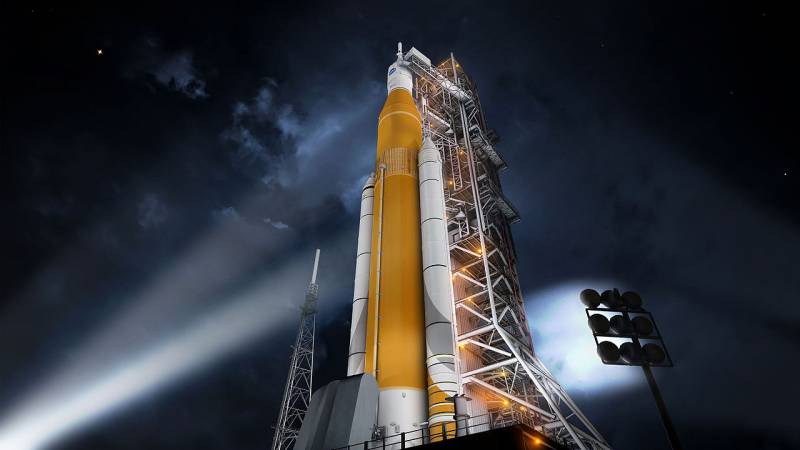 A promising SLS launch vehicle in the Block 1 modification - the brainchild of the US Senate. Computer model

Evil tongues in the United States in connection with the situation with the intervention of lawmakers in purely technical issues of space design, aptly renamed SLS to Senate Launch System ("Senate launch system"). Indeed, many decisions were dictated solely by politics. In particular, the program saved thousands of jobs at Pratt & Whitney Rocketdyne, which made the DS-25 engines, and at the Michuda, New Orleans, fuel tank plant. Hangars in Michuda generally stood idle after the shuttle program was closed, occasionally working for the needs of Hollywood - episodes of Ender's Game and other fiction were filmed in their gigantic premises. As a result, NASA had no choice but to comply with the law, taking the pretty dusty Ares V project from the shelf and simply re-stick the cover on SLS. Congressmen, together with the space agency, assured everyone that “the project will be the most powerful launch vehicle in stories humanity, while its design will be easy to adapt to the various requirements for both manned flights and the launch into space of various payloads. ”

According to the materials of the publication "Rise"

Ctrl Enter
Noticed a mistake Highlight text and press. Ctrl + Enter
We are
About the prose of life in Apollo missionsAttempt # XXUMX. American rocket LEGO
106 comments
Information
Dear reader, to leave comments on the publication, you must to register.