Despite territorial disputes with Russia over the Kuril Islands, Japan’s main regional adversary is well known. This is the Middle Kingdom. Everything mixed together in one heap: historical resentment, the sight of China on absolute leadership in Asia, US interests. And, of course, ordinary political populism, which is characteristic in general for all countries of the world, including highly developed ones. Japan is used to very actively defending its interests in the diplomatic arena. However, in case the passions get out of hand, the bet will be on the air forces and, of course, the navy, without which the existence of Japan as a real force in the region is impossible.

Self-defense air forces of Japan, despite the "modest" name, are very numerous and represent a real force. It is clear from open sources that the Air Force has about 200 F-15J and F-15DJ fighters built under license. The Japanese began to withdraw various modifications of the F-4 Phantom II from the air fleet a long time ago, and new American fifth-generation fighter F-35s just began to receive. The basis of the battle aviation Countries of the rising sun are fighter Mitsubishi F-2.

Many are confused by its visual similarity with the F-16. Of course, the “Japanese” was built at its base, but in fact we are facing a completely new aircraft. Suffice it to say that the F-2 is considered the world's first serial fighter equipped with an active phased-array radar (AFAR) - Japanese-made J / APG-1. A relatively small fighter has as many as thirteen weapon suspension points and is capable of carrying weapons weighing more than eight tons. It is difficult to find another version of the F-16, which has the same features. However, for all the good you have to pay. The price of one Mitsubishi F-2 is reportedly 110 million dollars. This is the cost of the top-generation 4 ++ generation (to which the F-2 itself can be attributed with some reservations), as well as the average price of the F-35, although now the cost of the F-35A version has decreased to the “indecent” level of 90 million dollars. What threatens the positions of the Quartet on the world market, but this is not the point. 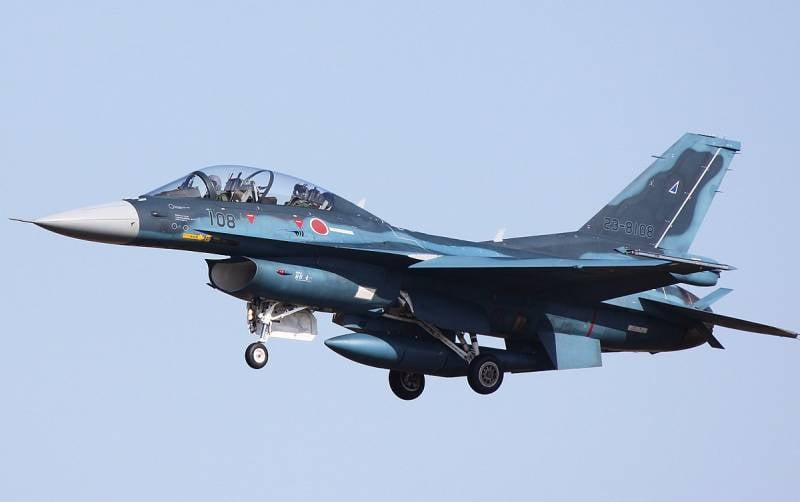 For all its merits, the F-2 fighter is also aging. Sooner or later he will have to change. The Japanese should get the 42 new American F-35A, but this is clearly not enough to maintain long-term combat capability. Back in 2004, in order to show the possibilities of creating advanced military developments, they decided to create their own fifth-generation fighter. That is, a combat aircraft built using stealth technology. The program was called ATD-X, and the device itself is known under the designation X-2 "Sinsin" ("soul" in Japanese). A full-size flight copy received a life voyage after the notorious refusal of Americans to sell F-22 to Japan. He is the secret national treasure of the United States. X-2 for the first time rose in the sky 22 April 2016 of the year. The media reported that the X-2 take-off weight is thirteen tons, which is quite a lot. For comparison, comparable in size Saab JAS 39 Gripen has a normal take-off weight of 8,5 tons. However, the fifth generation of fighters have never been light. The mass of the empty F-35C, for example, is immodest 14,5 tons.

But it’s more important in this case not the expected characteristics: they can vary greatly as the machine develops. What matters is the approach. After the first flight of the X-2, many mass media were quick to call the aircraft “the prototype of the fifth generation fighter”. But this is not true. Before us is a technology demonstrator. According to its purpose, it can be compared with the rather unusual experimental Su-47, although this analogy will not be very correct.

The ATD-X program went very slowly: it is not surprising that some experts began to perceive X-2 not even as a means to work out promising technical solutions, but as a political lever of pressure on the United States in order to sell the desired Raptors. The final “bury” of the X-2 program could have been Lockheed Martin’s plans to create the F-22 and F-35 hybrid specifically for the Japanese. Do not forget that Northrop Grumman Corporation set out to resurrect the YF-23: now in the version for the forces of self-defense. 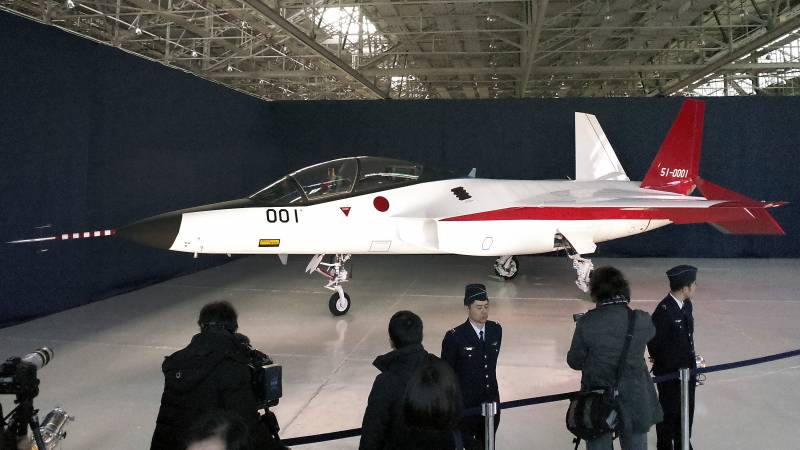 All the more surprising news, which was reported with reference to the Japanese newspaper “The Mainichi” blog bmpd, published under the auspices of the Center for the Analysis of Strategies and Technologies. The publication said that the Ministry of Defense of Japan decided to develop a new fighter to replace the Mitshubishi F-2 fighter in the Air Forces Self-Defense Forces. The project of creating a new aircraft is planned to be included in the next five-year medium-term defense program, which will be adopted at the end of the year. Foreign companies will be able to take an active part in the development of the new machine, but it is important to take into account the fact that this, apparently, must be the Japanese fighter. The ministry hopes to use the main components of the Japanese development, for example, the engine, on the new aircraft. So the new aircraft should be much more national than the F-2. 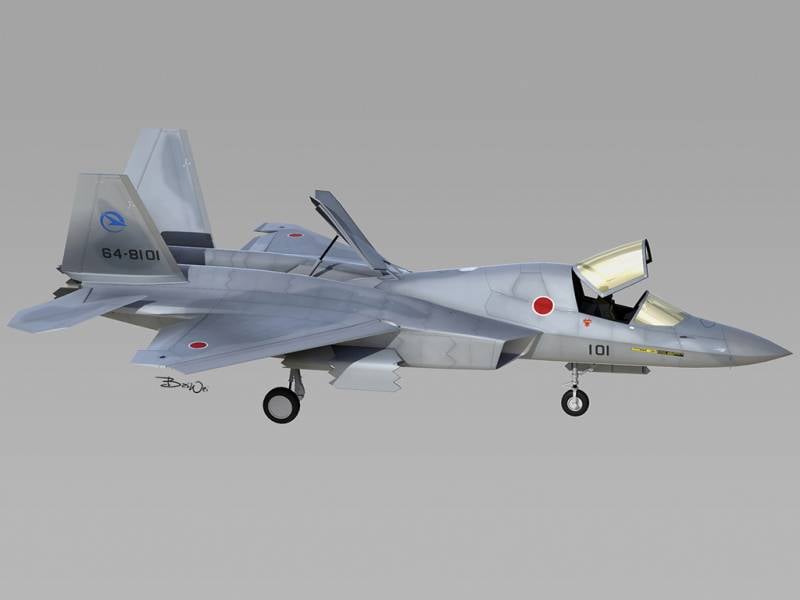 More interesting is another. The reason that Japan took up the active development of its own fighter of a new generation was called the fact that "the proposals put forward by three American and British companies did not meet the requirements of the ministry and the planned costs." Of course, if the creation programs of the future national fighter will go perfectly (which is almost impossible to imagine, since the technical risks are incredibly high), then the “native” fighter may indeed be cheaper for Japan than a certain hybrid from Lockheed Martin.

But in reality, the development of the aircraft can cost tens of billions in terms of dollars. Do not forget that the cost of the F-35 development program amounted to fabulous 55 billions of dollars. But the Yankees had more experience than the Land of the Rising Sun. Frankly speaking, a promising fifth-generation fighter should become the first full-fledged Japanese combat aircraft ever since the Second World War. Japan at one time was conditionally national Mitsubishi F-1, but this fighter-bomber was built on the basis of the training T-2. And you can't say that the F-1 was a popular car. 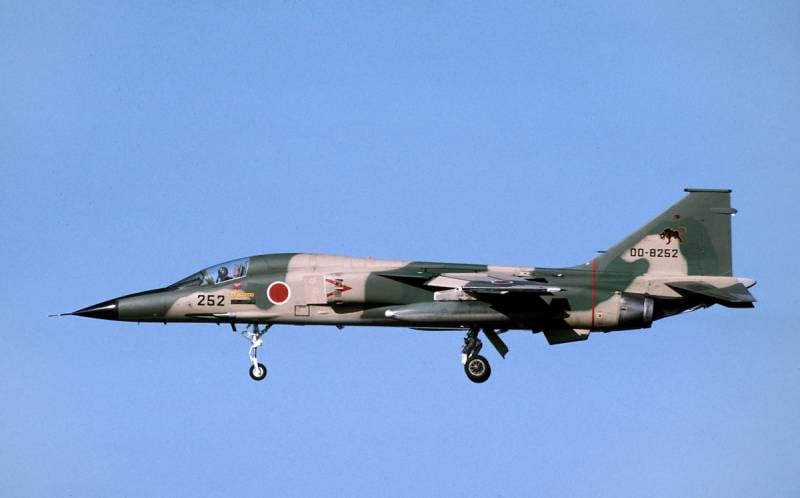 The reason why Japan decided to create its own fighter is not at all in the flaws of existing (or promising) foreign aircraft. The future car is designed to support the national aircraft industry and make Japan as independent as possible from US policy. That is, the country began to gradually “scoop up” from the United States and, it must be supposed, not least because of the protectionist rhetoric of Donald Trump.

What will happen when the power in America changes? It all depends on how far the Cinsin heir goes. According to available data, the Ministry of Defense has invested approximately two billion dollars in research and development on engine and electronic systems for next-generation fighter aircraft from 2009 to 2018. It is now undergoing bench tests of the new IHI XF9-1 engine, the design of which can serve as the basis for the engine of the new aircraft. In general, a promising Japanese fighter seems more realistic than the previously presented Tempest, created jointly by British and Italian experts. Apparently, Japan firmly set out to get an uncompromising air fighter in the appendage to the F-35, which many see primarily as a fighter-bomber.