October 4 2018
38
56-I space expedition ended successfully. The descent vehicle of the Soyuz MS-08 spacecraft with one cosmonaut and two astronauts returned from the ISS to Earth. Landing apparatus occurred on the territory of Kazakhstan, south-east of the city of Zhezkazgan. 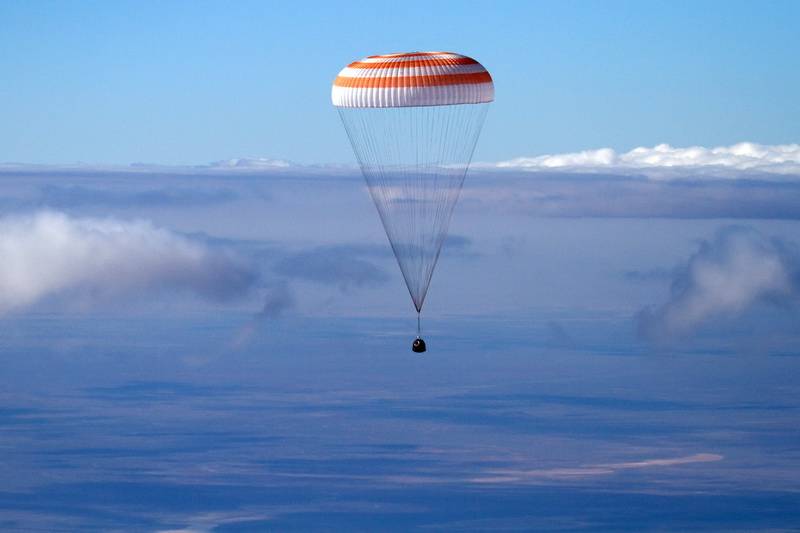 According to the Mission Control Center in the Moscow region near Korolev, Roscosmos cosmonaut Oleg Artemyev, NASA astronauts Andrew Feistel and Richard Arnold returned to the earth.

There is a landing. The descent vehicle with Roskosmos cosmonaut Oleg Artemyev, NASA astronauts Richard Arnold and Andrew Feistel landed at 14: 45 Moscow time
- said the representative of the MCC.

The crew of the 56 space mission launched on the ISS from the Baikonur 21 space center in March of this year and docked at the March 23 station. Thus, the crew spent days in orbit 197.

Currently in orbit waiting for replenishment, the launch of which is scheduled for October 11 of this year, cosmonaut of Roscosmos Sergey Prokopiev, NASA astronaut Serina Aouinen-Chensellor and astronaut of the European Space Agency German Alexander Alexander Gerst.