Who will rule Novorossia tomorrow?

October 5 2018
46
In the unrecognized republics, personnel shortages are becoming more and more urgent. The budget sphere and the state sector experienced a shortage of qualified specialists, especially young ones, even before the outbreak of the civil war. Today there is a catastrophic shortage of not only ordinary employees, but also managers. 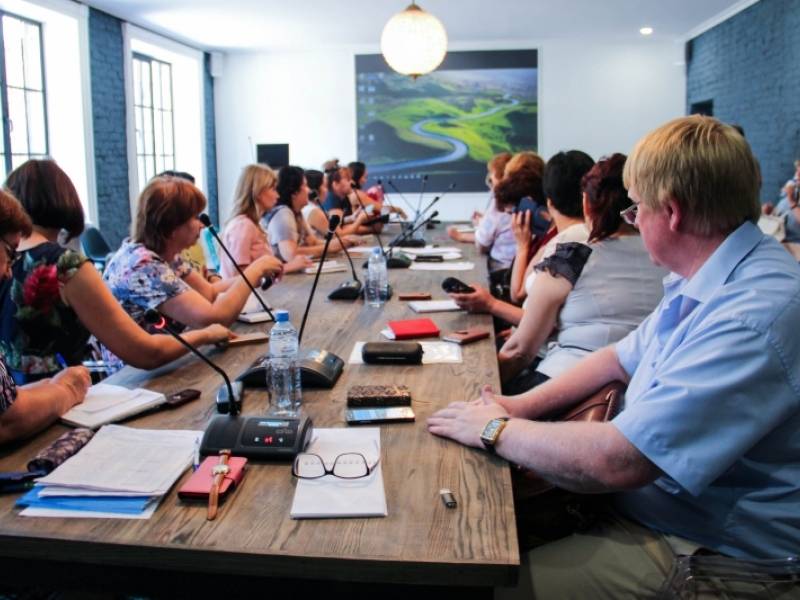 At the moment, the Donetsk and Luhansk republics are experiencing a critical shortage of qualified civil servants and middle and senior managers. Directors of structural divisions, departments and entire departments are dismissed. Many leave for Russia or Ukraine. Russia is chosen much more often: the Ukrainian authorities for working in state structures of the “terrorist” LDNR may well incriminate complicity in terrorism (Art. 258-3 and 1), and this is from 8 to 15 years in prison. Many simply do not want to hold responsible posts - to find a person at least even for the position of a school principal is already quite problematic today.

There are many reasons: with more than a modest salary (the chief specialist gets about 10 thousand rubles, the head of the department gets about 20 thousand rubles “dirty”) a lot of unsolvable questions fall on the shoulders of managers. The first thing to remember about the legislation, which is in its infancy. Some sections are taken in a frame format and exist only on paper; some aspects in the republics are not at all concerned. For example, the Supreme Court, the arbitral tribunal, civil courts do not work in the LC. The solution of many controversial issues stretches over the years without hope of a happy outcome.

At the same time, the controlling bodies from the Ministry of State Security and to the Ministry of Emergency Situations do not make any concessions to state employees and civil servants. Any violations are punished to the fullest extent, despite the physical ability to eliminate violations. A simple example. Last summer, the Emergencies Ministry conducted a routine check of secondary schools. Many institutions have identified violations, which can not be eliminated without changing the layout of buildings or expensive work. There is no money in the budget for the modernization of buildings, much of which was built 60-70 years ago, and is not expected. Nevertheless, the Ministry of Emergency Situations ruthlessly fined the directors of educational institutions.

Another factor that poisons the lives of civil servants and state employees is a complex reporting system. Where Russian legislation cannot be used as a model, Ukrainian legislation is used. The result is an incredible confusion. Reporting is strict - institutions must report even for the purchase of paper and stationery, household chemicals. At the same time, reporting forms change almost every week. Local officials are forced to submit each quarterly report with the introduction of corrective amendments. All this creates bureaucratic chaos, which affects not only the population of the republics, but also the officials themselves.

At the same time, many managers have to perform not only their duties, but also to pull work for their colleagues, who have decided to look for happiness in more fat fields. 50-70% of the state works in many budget and government institutions. Nobody wants to go to vacant positions, but the requirements of the governing and supervising structures do not become softer.

This situation has already led to legitimate results: random people are often placed for vacant positions; many receive a profile education externally, already occupying a management position. As a result, the portfolio of the Minister of Culture can easily get a choreographer from a vocational school, and the position of the heads of departments is a recent cashier. On the ground, the situation is even sadder. Natural result: a new tribe of “managers” is afraid of responsibility as fire, in every possible way it is denied from making any decisions, but there is nothing to say about the initiative. Let's just say: no one wants and does not know how to work.

Again, no one has canceled the good old “family contracts”, when close and distant relatives and friends are appointed to senior positions, regardless of their education or professional qualities.

For the sake of justice, it should be noted that a similar situation is developing in the people's militia. The salaries there are certainly much higher, but the bureaucratic chaos, the impracticable demands of the “controllers” and other internal contradictions gradually lead to an acute shortage of sane officers.

As a result, New Russia is on the threshold of a brave new world in which leaders can disappear as a class. And if now amateur state structures, even if not flawlessly, but continue to fulfill their duties, then the day is not far when responsible posts will be occupied by completely unprofessional cadres.