Like in the old days. Pershing 2 will be aimed at Moscow?

October 3 2018
59
As is known, the era of Gorbachev and Shevardnadze did not indulge us with major diplomatic successes, if not vice versa. However, it cannot be said that they were not there at all. If you think well, you can give a couple of examples of simply grand diplomatic victories of the perestroika Soviet Foreign Ministry.


Both of our diplomatic victories belong to the category of international arms limitation treaties. These are the Soviet-American Treaty on the Limitation of Anti-Ballistic Missile Systems and the Treaty on the Elimination of Medium and Short Range Missiles. Why can they be called the success of our diplomacy? If only because they were not particularly profitable by the United States, and the fact that Washington went to sign them, in a sense, is indeed evidence of either American stupidity, or, conversely, some very Jesuit foresight. 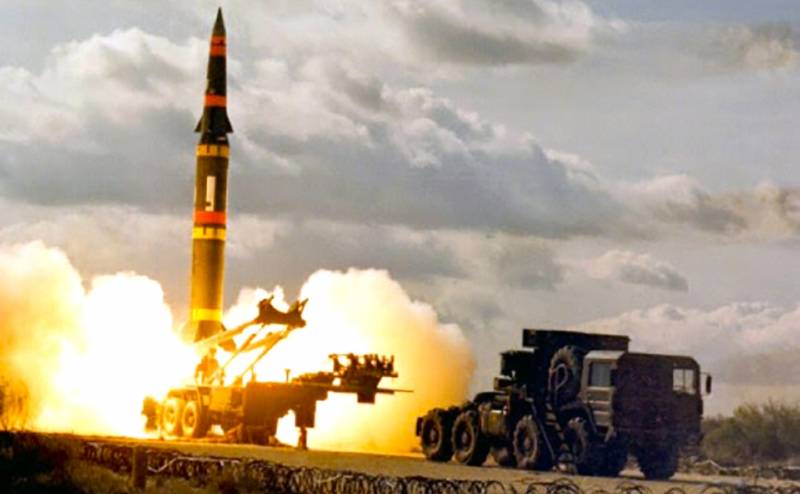 The ABM Treaty, as it is commonly called in everyday political and expert practice, was unprofitable for the United States because the USSR (and later Russia) didn’t have the necessary springboard for deploying missile defense systems near American territory. And since it is only in this case that the task of attacking missiles in the upper stage of the trajectory is solved, and this is the most effective way of organizing any total missile defense system, for Americans in principle there was no threat from this direction. The entire missile defense system of the USSR was aimed at protecting Moscow and the Moscow industrial region, which implied limited effectiveness and was, in general, a reflection of a priori passive defensive doctrine.

The Americans, on the other hand, already had a theoretical base of a more aggressive “early missile defense system” aimed at the destruction of launching ballistic missiles. In addition, the outlines of the placement of the advanced echelons of this system were already visible - the Warsaw Pact has not yet collapsed, but was very close to that.

Add to this the fact that the lion’s share of US nuclear weapons It focuses on submarines (the ballistic component, the Trident-2 system), walking around the world's oceans, as well as surface and air carriers (Tomahawk cruise missiles, free-falling aerial bombs). It was impossible to build a system of early, pre-emptive destruction of the launching ballistic missiles along the entire perimeter of the USSR threats, even in theory. But the Americans seriously hoped to cut off the accelerating sectors of the Russian ICBMs, which were the main part of our nuclear shield, and lock up our nuclear submarine fleet in the Barents Sea, which made their task quite feasible.

That is, this treaty was indeed unprofitable to the world hegemon, which was rapidly subject to Eastern Europe. It is so unprofitable that we can safely assume that the Americans signed it only to put Gorbachev's watchfulness to sleep and not prevent him from further ravaging the Warsaw Pact.

It is not surprising that the Americans withdrew from this treaty as soon as their theoretical calculations began to turn into a working “iron” capable of hitting the starting Russian ICBM.

However, for 1987, the signing of the ABM Treaty was still a huge success. And he probably would still be of great benefit to our country, if at that time it was not ruled by such incompetent personalities.

Equally beneficial for the USSR, and then Russia, was the INF Treaty. To evaluate its profitability for our side, you need to understand a few basic provisions.

I think it makes no sense to explain how uneven it was. The fact that the Americans would easily sacrifice their European allies, if in exchange they had a chance to destroy their main enemy, does not cause the slightest doubt. Yes, they would have sent a huge beautiful wreath to the funeral of the Federal Republic of Germany, but such is the nature of the Anglo-Saxons - to let crocodile tears with one eye, and with the other to see whether something valuable was left on the killed.

Second: the quality of the threat. The American Pershing-2 rocket reached Moscow in 6 minutes. Perhaps during this time you can evacuate the inhabitants of the Kremlin, but it is impossible to hope for more. The range of the rocket allowed it to block a significant part of the European territory of the USSR, including the whole of Ukraine and Belarus, as well as a significant part of the European territory of the RSFSR. The accuracy of the rocket for that time was the highest - the circular probable deviation was no more than 30 meters, which for a nuclear warhead is actually equal to a direct hit on the target.

It was the emergence of the "Pershing" with their outstanding at that time TTX led to the development by the Americans of the concept of the so-called "decapitating strike" - a sudden attack, destroying the highest political and military leadership of the USSR, as well as key military and industrial infrastructure. And this threat was assessed, including by the Soviet military, as critical.

That is, for the United States, the rejection of such a tool was not very profitable. And nevertheless, the leadership of the USSR managed to sign this agreement, albeit with great concessions in the line of sea-based and air-launched cruise missiles.

The INF Treaty is still in force, and this allows Russia to feel more comfortable. However, more and more situations arise in which the United States wants to find a reason to get out of this agreement.

In recent years, the United States has already had several accusations of Russia in the alleged breach of the INF Treaty. In particular, the Americans did not like the Iskander-M OTR deployed in the Kaliningrad region and accused us of the fact that the real missile technology of these missiles was understated. Information is also constantly exaggerated on the development by Russia of a ground-based cruise missile 9М729, which, ostensibly, does not fit into the existing agreement either.

The current statement by the US ambassador to NATO, Kay Bailey Hadchison, is in fact a continuation of American efforts aimed at discrediting Russia and fulfilling its obligations under the INF Treaty. Otherwise, it’s impossible to explain why Russia needed to break the treaty, beneficial for it from all sides, and to develop a ground-based cruise missile when we have enough air and sea carriers, as well as missiles of the corresponding class.

Therefore, let us proceed from the fact that this statement is not purely stupid (although this is exactly what it looks like), but continues the “artillery preparation” that should lead to the withdrawal of the Americans from the INF Treaty.

The threats and challenges that we face in this case are very serious. But about it, probably, somehow next time.