Commercial dragon. The transfer of space in private hands - an expensive tribute to fashion 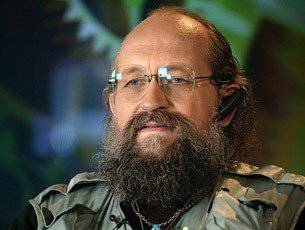 On Tuesday, 2012.05.22, a Falcon 9 rocket created by SpaceX, a private company, launched the Dragon transport ship created by the same company.

The flight data of the complex is impressive. Ten tons are output to a low near-earth orbit — in particular, to orbital stations. Excluding the mass of the "Dragon" itself, the payload - from various sources - from four to six tons. According to the plan, the first test flight “Dragon” is to dock with the international space station, deliver 521 kilograms of water, food and consumables for experiments to it, and then return to Earth about 660 kilograms of equipment to be reused and the results of the experiments.

Good and stated commercial characteristics. In particular, the inhabited version of the “Dragon” should deliver to the ISS and lower up to seven people from there - as much as it fit into the shuttle traders flying with the 1981.04.12. But for the price of one flight of the shuttle it is supposed to provide a dozen flights of the dragon. Moreover, based on one cosmonaut, the launch will be approximately twice as cheap as a flight on our Soyuz.

This, however, is not surprising. The price of the flight on the Soyuz includes a considerable profit going to many other RosCosmos developments (and, according to rumors, it reaches these developments almost without precipitating through the authorities' pockets). SpaceX is not bragging about the big plans for creating a new technology, and the profit rate in the American business today - at the height of the Second Great Depression - is rather modest. In fact, the profit should noticeably exceed the price of the loan, and the Federal Reserve System has been lending to large banks for almost the first time, and they can, in turn, offer loans to certain privileged clients on terms that only cover the costs of processing payments. The technical component of launch costs is hardly noticeably different.

Of course, the Falcon was developed very recently and based on the latest achievements. aviation and space technology. “Soyuz” leads the pedigree from R-7, whose development began on 1954.05.10, the first - unsuccessful! - the start took place on 1957.05.15, and the first flight in full flight was 1957.08.21. Nevertheless, the technical excellence of the “Union” is not inferior to any other flying space rocket. Just because each flight is controlled by many sensors and telemetry channels, it gives designers a huge amount of information about the behavior of the system, and all this information is used to refine the nodes, replace materials and other works, which every day can improve the main "workhorse" of the Soviet of space.

By the way, the main disadvantage of the American "shuttles" was precisely that idea, which seemed to be their main advantage. Reusable design is almost impossible to refine. In the development process - in 1971 – 9-m - the designers were looking for the most perfect solutions. But after the first flight, the development of the system had to stop. “Columbia”, “Challenger”, “Discovery”, “Atlantis” and even “Endeavor”, built at the end of the 1980's to replace the deceased “Challenger”, reproduce as accurately as possible only in the atmosphere (for testing landing technology) “Enterprise” - otherwise, the ground services would have to reconfigure all their equipment before each launch, and the crew would undergo a thorough retraining. As a result, by the last flight of 2011.07.08, the proud winged beauties were morally outdated so that no one even tried to seriously discuss their revision - it is incomparably easier to create a new technique from scratch.

The new - announced 2006.08.22 - developed by the National Aeronautics and Space Administration - the Orion manned spacecraft is partially reusable: it is expected that the descent vehicle will be used several times, where some part of the instrument compartment will be located. Probably, its service life will not be so long, and new ships will be able to be refined as the engineering experience accumulates and new structures appear in the subcontractors.

The ship "Dragon" is returned almost completely: the propulsion system, fuel tanks, batteries and other equipment of the aggregate compartment. True, the claimed number of reuse seems to be small - about a dozen. So it will be improved - albeit much slower than our inhabited "Unions" and cargo "Progress".

The first stage of the Falcon rocket is scheduled as reusable. However, at the first experimental launch - 2010.06.04 - it is so damaged that it cannot be reused. I had to make a new one. Perhaps the damage to the first steps will be frequent enough for operational refinement. But the second stage is completely disposable. Accordingly, it can be improved even at every launch. There is hope that it will remain at the forefront of technological progress for a long time, just like our old, but not aging, “Seven”.

True, this requires another condition - the preservation of the company itself, which develops and produces the complex. Or at least preservation of continuity with divisions, mergers, acquisitions, ruins, restructurings inevitable in the market world ...

This is where one of the many dogs buried, forcing NASA to emphasize - for the sake of the current enhanced advertising miracles performed by the invisible hand of the market - the commercial nature of the new launch.

Orion is developing a completely commercial company, Lockheed Martin. She also took part in the creation of “shuttles” together with the equally commercial “Thiokol”, “Alliant Techsystems”, “Martin Marietta”, “Boeing”, “Rockwell”. Nevertheless, both projects are considered state-owned because they issue general technical tasks and coordinate the work of NASA.

But the work on the “Falcon” + “Dragon” complex is going on, though ordered by NASA and according to its specifications, but without direct government intervention in the activities of designers and conveyors. His role in this case is formally limited to the issuance of a contract and the verification of its execution.

In my opinion, this difference is hardly enough to tell about the beneficence of the invisible hand of the market. Especially considering how effectively it has been proved - and long before the current depression - the main ability of this hand is the ability to stifle its followers. The immediate cause of the crisis was the dismantling of virtually all government regulatory mechanisms developed from the experience of the previous - First - Great Depression. Its progress is mainly determined by the reluctance of the authorities of most countries, who still call themselves developed, to directly intervene in economic activities (for intervention would require first of all tightening the belts, and not only from ordinary citizens). In such circumstances, at least some argument in favor of non-interference is vital. It is provided by stories about the purely market nature of the new space system.

Theoretically, it is possible that in a comparatively near future a set of space commercial tasks will appear, which will completely pay back the development and production of new missiles and ships. Then, probably, private companies will be able to develop this technology on a purely market basis. But while such tasks do not seem to be visible: even communications, navigation, and meteorological observation satellites are launched by rockets that once recoiled from military tasks (the same G-7 was the first intercontinental ballistic missile in the world; its creation guaranteed a reciprocal nuclear strike on the United States of America, which considerably cooled the local hotheads). The complex, which first entered the 2012.05.22 orbit, can hardly be considered commercial: the process of its creation does not differ from all previous American space developments with anything significant, except for the unrestrained - with the American scope - advertising of the American way of doing business, which has long and thoroughly proved its inconsistency and within the country, all the further gives way to relations, one way or another controlled by the state.

I hope our space industry will not lead to this advertisement, but will remain centralized and state.