Please bomb Donbass. The US returns the Ukrainian Air Force to the sky

28 September 2018
95
At the beginning of the war in the Donbass, air superiority was one of the most important advantages of the Ukrainian formations, which they tried to fully use to suppress the resistance of the defenders of Donbass. 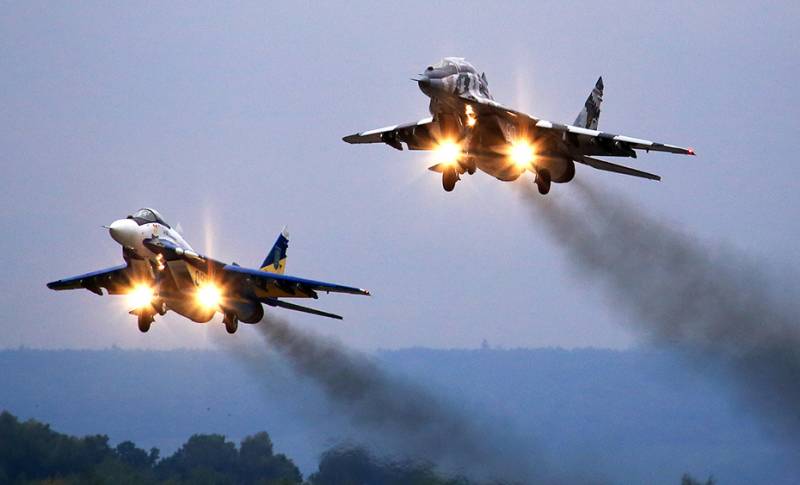 However, the effectiveness of the application aviation turned out to be a big question. Due to the poor preparation of the pilots and the lack of flight personnel for combat missions against the national republics, it was necessary to involve composite crews assembled from different air units from all over Ukraine, and even pilot instructors from Kharkov University of the Air Force. 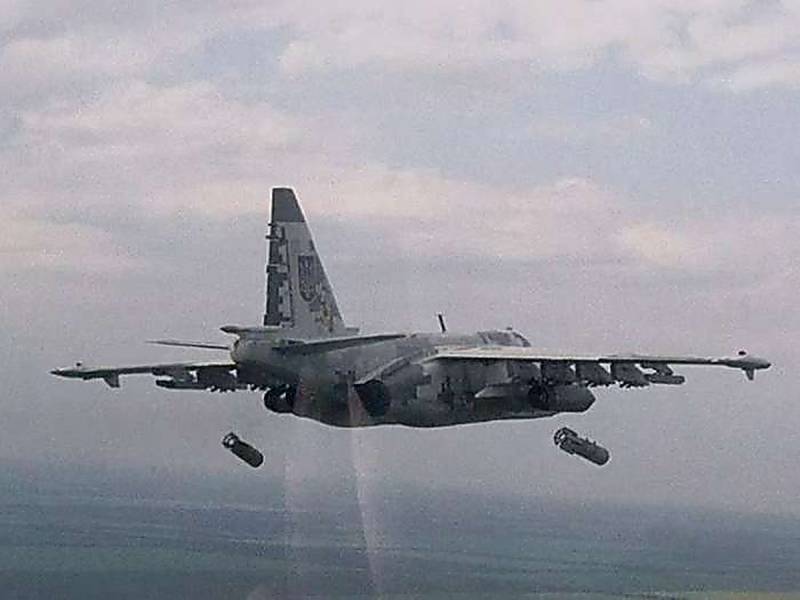 The low qualification of the pilots determined the extremely simple tactics of the actions of the Ukrainian pilots. One or a couple of aircraft went to a visually definite target, most often corrected from the ground by the gunner, and struck by NURS and / or air bombs.

At the same time, the attackers became simple targets for small forces and air defense weapons of the militias, among which were quite competent anti-aircraft defense officers. 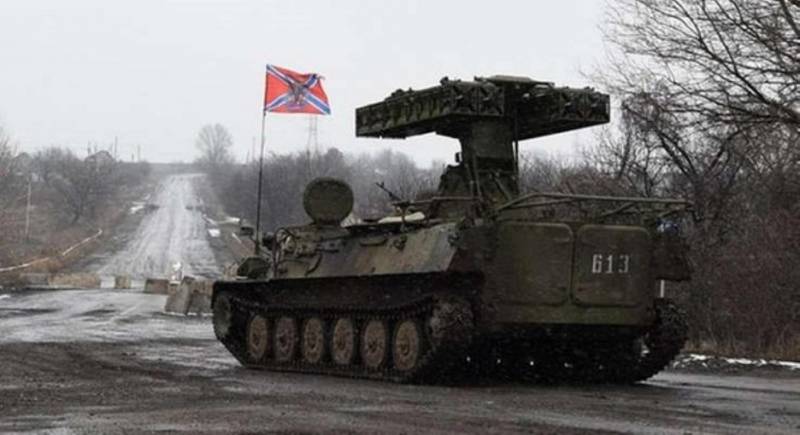 After the militia, occupying one of the long-term storage warehouses, gained access to the Strela-10 anti-aircraft missile systems and other mobile air defense systems, the pilots of the Kiev formations began to strike from a height of more than 5 thousand meters. 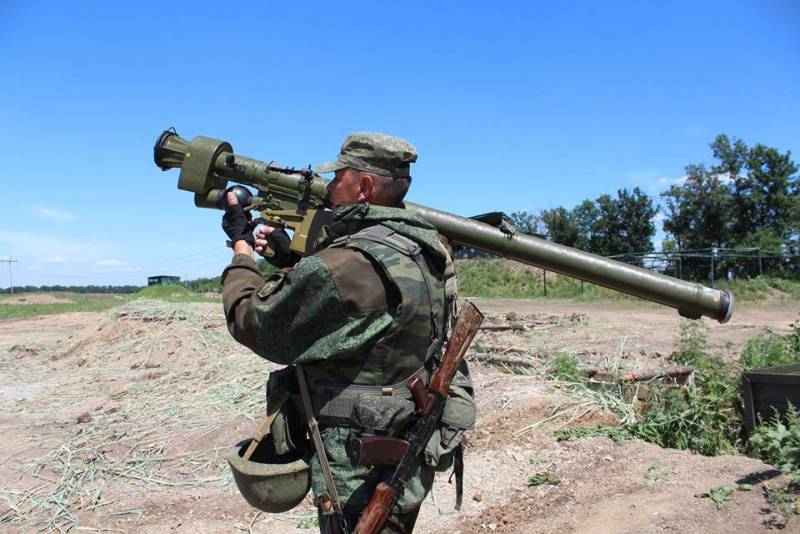 Considering the low professionalism of the flight personnel and the use of uncontrolled air bombs, it was, in fact, about non-targeted strikes "on the squares", which led to the destruction of civilian objects and the death of a significant number of civilians. However, if we assume that Kiev used aircraft not so much as a tool to neutralize an armed enemy, but rather as a means of intimidation and terror, then such results may well be considered initially given. 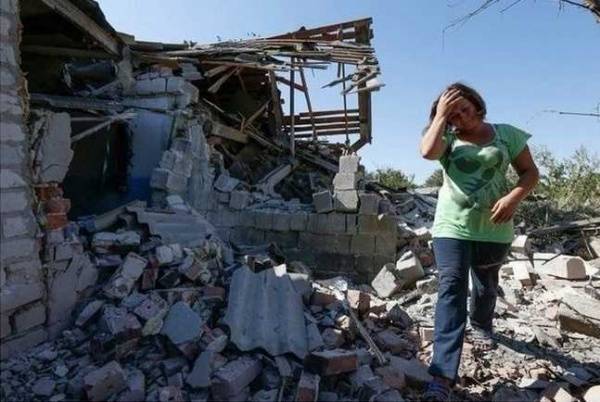 So, 2 July, 2014, the Ukrainian aviation brutally bombed the village of Kondrashovka in the LPR, in which there were no militiamen. 12 people, including two children, were killed by punitive bombs. A day later, Kiev recognized this bombardment of civilians as a pilot error. 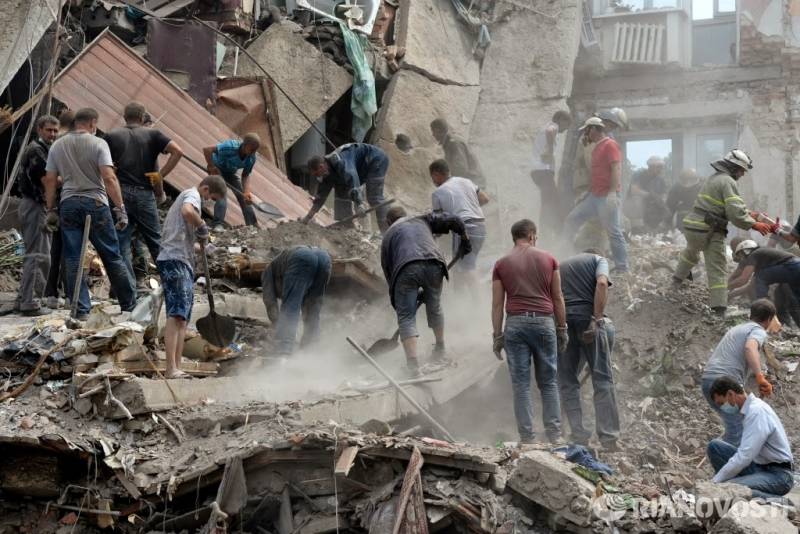 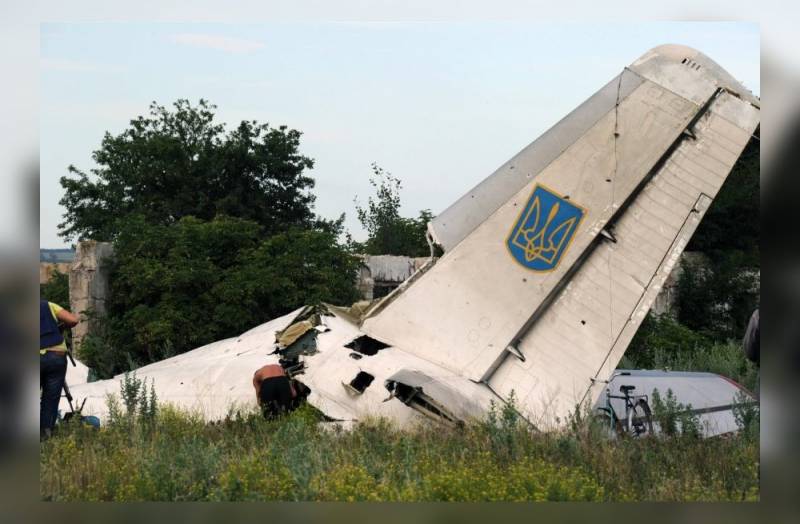 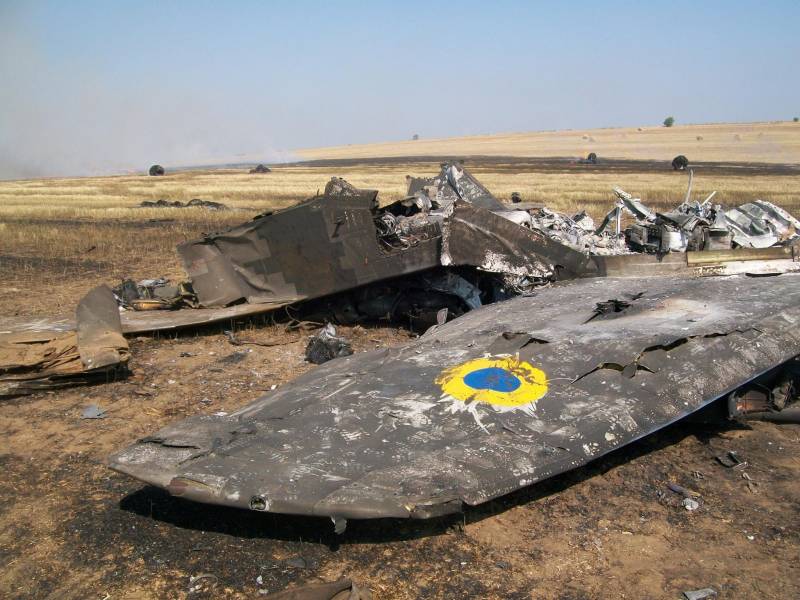 But be that as it may, the heavy losses of aviation of the Ukrainian formations forced Kiev to abandon the massive use of the Air Force against the LDNR.

And the fighting in the Donbass showed that the Ukrainian Air Force as a type of armed forces was unable to solve any of the tasks. High accident rate, low technical readiness, lowered level of flight training and the almost complete lack of combat application skills led to a significant loss of aircraft. 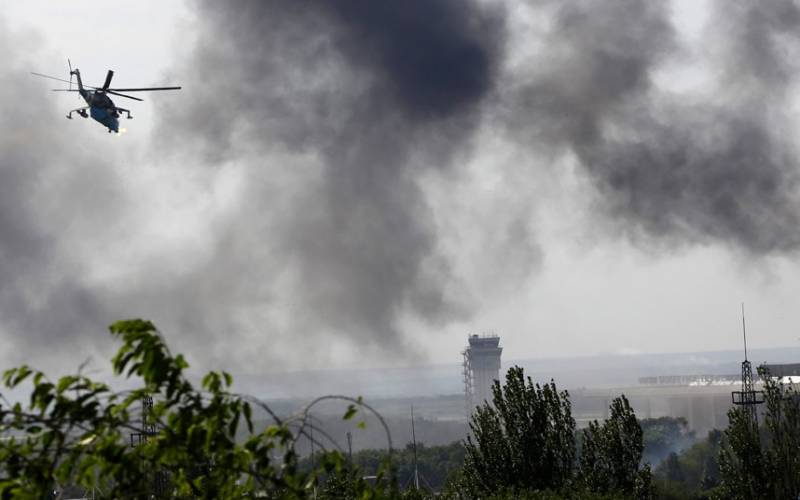 However, in Kiev they continue to cherish the dream of returning to the sky Donbass. Periodically, the media reported that Kiev bought combat helicopters and airplanes in the countries of the former socialist camp, and Ukrainian pilots practiced various methods of countering air defense systems. Including flights at ultra low altitudes. This is evidenced, in particular, by the tragedy that occurred on November 10, 11 in the Zaporizhia region, when the Su-2015 attack aircraft fell near the Kharkiv-Simferopol highway, crashing into a power line tower. 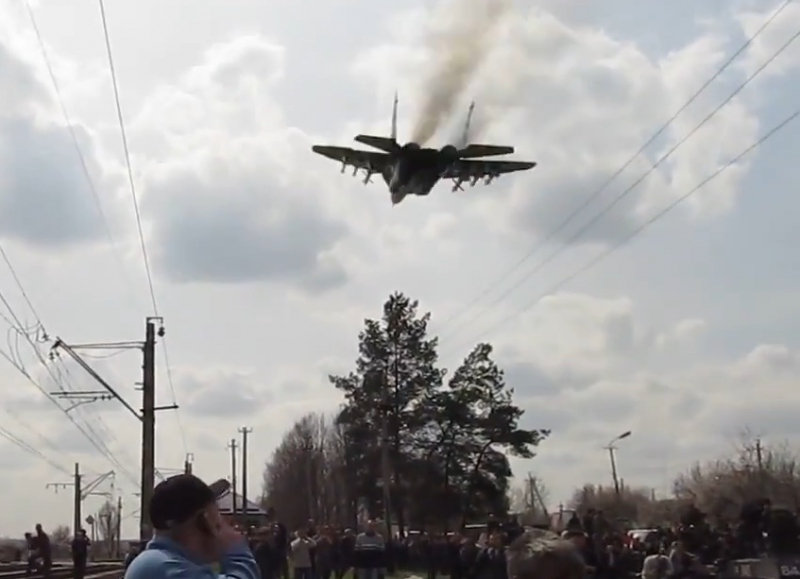 The objectives of the “return of Ukrainian aviation to the sky” are subordinated to the upcoming large-scale aviation schools, which will be held in Ukraine in the near future with the participation of the United States and eight other NATO countries.

Aircraft that take part in the exercises are located at several bases in the region. California National Guard F-15 and Ukrainian fighters will operate from Starokonstantinov base, California C-130 and Ukrainian transport workers will carry out maneuvers from the base in Vinnytsia, and additional Ukrainian fighters will conduct flights from Ivano-Frankivsk. The fuel will be provided by the KC-135 Illinois National Guard from Povidz base in Poland, as well as the KH-135 Air Force from Middlehall. This was stated by a spokesman for the US Air Force in Europe, Major Tristan Hinderlitter, to the US edition of AirForce Time (translation of “InoSMI”). 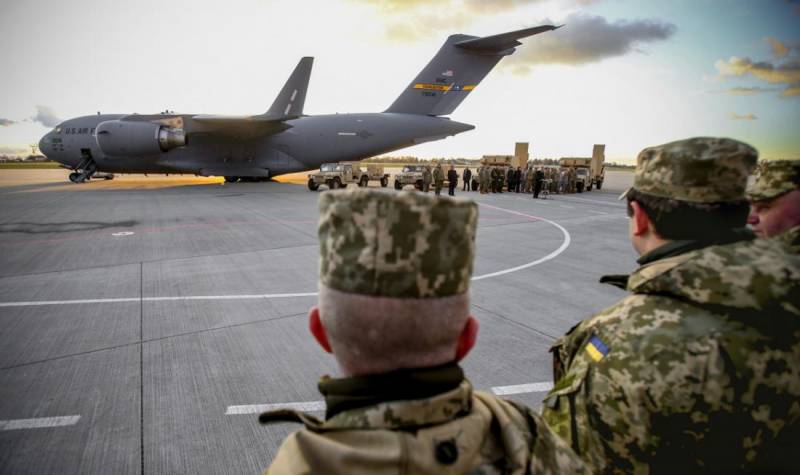 The exercise, dubbed "Clear Sky 2018" (Clear Sky 2018, will be held in mid-October), will be attended by 950 military air forces from different countries, among which, besides the USA, also Belgium, Denmark, Estonia, the Netherlands, Poland, Romania, United Kingdom and, in fact, Ukraine.

It is reported that the exercise will focus on air deterrence operations, the delivery of assault strikes, the integration of forces on the ground and in the sky, airmobile operations, and medical evacuation by air. In addition, cyber defense and recruitment drills will be held.

It is not difficult to understand that the legend itself of the upcoming exercises is nothing more than the development of the aviation component of the attack on the Donbass. Moreover, if we take into account the attraction of the F-15 fighter jets to them, the scenario also entails opposition to the Russian Aerospace Forces if our country defends the people of the people's republics and starts an operation to enforce peace.

The United States quite consciously and purposefully incite Kiev to resume intensive hostilities against the people's republics. This motive runs like a red thread through almost all the recent speeches of the main American negotiator for Ukraine, Kurt Walker.

The other day, US Assistant Secretary of State for European and Eurasian Affairs, Wess Mitchell, once again guaranteed absolute support for Ukraine in "its choice", since it "corresponds to the strategic interests of the United States." “Therefore,” he said, “Russia has no right to refuse them in this future.”

That is, we see that Washington is actually presenting the Kiev regime with a blank check for any actions, hinting at protection from Russia's possible opposition to attempts to destroy the LDNR.

But diplomatic support alone is not enough to give the battles of the Ukrainian army faith in victory many times, without which it is extremely difficult to make its military fight. 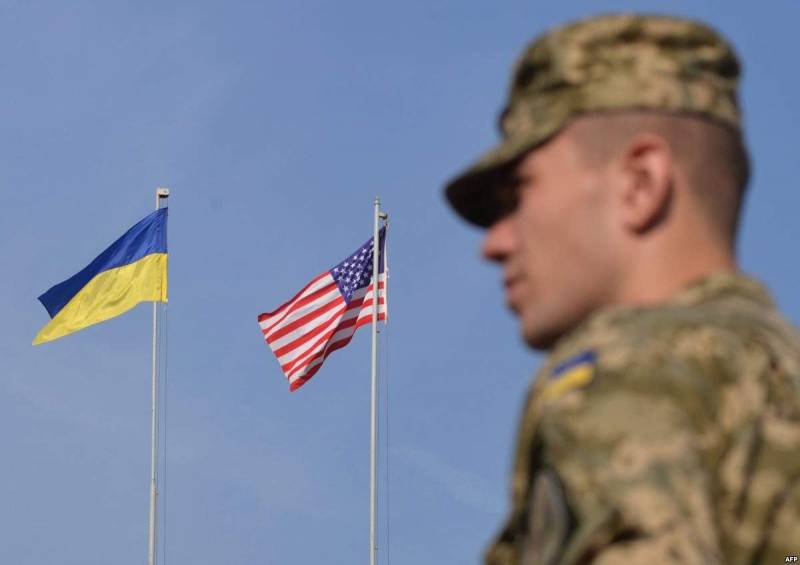 And events like “2018 Clean Sky” are designed not only to train Ukrainian servicemen, but also to assure them of their own abilities. And push for a suicide slaughter.