26 September 2018
16
US relations with Europe under President Donald Trump have deteriorated, this is a fact. Especially with Germany, the economic locomotive of Europe. German Foreign Minister Heiko Maas says more than transparently: “The time has come to reconsider the transatlantic partnership: sober, critical and even self-critical.” And proposes to create a European analogue of interbank payments SWIFT. (By the way, Russia has already created such an analog for domestic Russian calculations, BRICS is working in this direction.)


Europe refuses to maintain a new wave of Anglo-American "chemical" sanctions against Russia, Germany pushes North Stream - 2, as if confirming the words of Heiko Maas and Chancellor Angela Merkel that "it is important to maintain good relations with Russia." And against whom is this "important"?

Recent ones news. President Trump decided not to impose sanctions on European / German companies involved in the construction of the joint venture - 2. While this is good news, but what is behind it, we do not know. Has the USA abandoned its plans, or switched to some other and no less bad plan for Europe / Germany? In addition, Trump may change his mind again, and the newly elected US Congress in November may even turn over the entire American political chessboard. 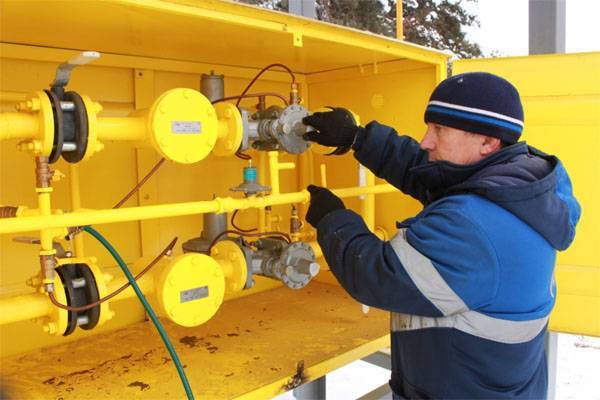 Chancellor Angela Merkel did not give a hand to British Prime Minister Teresa May at the last summit, Brexit “reached a dead end,” or maybe not only him: Germany (and Europe) ignored the British continuation of the anti-Russian campaign as “agents of the GRU Boshirova and Petrov”. New sanctions against Russia will not be so much that the initiator of London also refuses them. May’s latest chord was a lunge against the United States, she did not agree with Donald Trump’s anti-Iranian policy, expressing the opposite opinion: Iran complies with the terms of the “nuclear deal.”

In London, with members of the same party, May began to talk about the resignation of his prime minister in connection with the Brexit deadlock, although there are actually many more reasons: this is a dead end of the absurd anti-Russian campaign, and obvious friction with Washington. What is happening with London? Or rather, with his "deep state"?

The “deep state”, which controls Britain and Teresa May, has entered a crisis peak and does not know how to get out of it. It is clear that you need to somehow change the policy, and the usual reason for this is a change of the current prime minister for some reason. How many have already sunk into oblivion: Tony Blair, David Cameron and others - all disappeared unknown to the world. Small figures in the era of Vladimir Putin: they all fought with Putin, but unsuccessfully, and they were written off as junk.

The apparent chaos in the West is due to the unfinished struggle of President Trump and his conservative team, supported by the Israeli lobby, with a liberal "deep state" with its capital in London, and "Europe" with its capital in Berlin. The “deep state” concluded a “nuclear deal” with Iran under Barack Obama, and continues to lobby it with the efforts of Theresa May and former US Secretary of State John Kerry, who is conducting secret talks with Tehran. In this aspect, the “deep state” supports Berlin, but it puts pressure on Anglo-Saxon “deep” elites on other issues, including Brexit and the joint venture 2. And London is silent about the introduction of new sanctions against Russia.

It seems that the Trump team is at risk of facing the united front of Europe and the “deep” world state, and Trump realizes this and suspends sanctions against SP-2. Everyone seemed to be waiting for the November 2011 US congressional elections 6, which is also called the “Trump referendum”.

President Trump stays "terra ingkognita" in this big game. Who is behind him, why does he stand like a rock in front of the liberal media and the establishment slandering him, does not make serious concessions and is preparing to go for a second presidential term? A number of German politicians have publicly expressed the opinion that the US political course under Trump is for a long time, and it does not depend on Trump.

More about Trump and his team can be said that they are capable of decisive and unexpected actions. Trump quickly makes the decision to strike at Syria and Afghanistan on clearly invented reasons, pursuing his own internal political goals. By the way, the new strike on Syria announced by him did not take place after the maneuvers in Syria of the Russian Aerospace Force. This may mean that some kind of "blow" may be inflicted elsewhere, for example, in Ukraine.

If Trump decides to put on a counterblow at a “deep state, then it can be done not in Syria, but in Ukraine - this will seriously shake the old Europe and her“ deep structures ”working against Trump. Therefore, you should not be in a hurry to rejoice in not imposing Trump’s sanctions on the joint venture - 2.

The United States can shake Europe by stopping in any way the Ukrainian gas transit to Europe in the period to the end of 2019, that is, until the Nord Stream - 2 is commissioned. To provoke Russia into a large-scale conflict in the Donbass, with its extension to all of Ukraine, fails and fails, the past four years have proved this axiom.

It remains to destabilize the Bandera regime with an internal explosion, which creates a favorable situation in view of the presidential campaign beginning in Ukraine. Crowded Bandera neo-Nazi troops and weapons The country begins the presidential election - such elections can be ended with anything and any kind.

There are many available ways for this, well-known to the workers from the second floor of the SBU building in Kiev, for example, to blow someone up in Kiev, like Alexander Zakharchenko was blown up in Donetsk.

A number of Ukrainian analysts point out that the US State Department, subordinate to State Secretary Mike Pompeo, the most active supporter of Trump, does not show any visible activity in Kiev, so much so that Bandera functionaries publicly criticize his obvious protégés. Experts say in this regard that Washington "leaked Ukraine." That's just where "leaked"?