24 September 2018
279
18.09.2018, General Konashenkov, said that Israel had performed a clever military-psychological operation to force the Syrian air defense to shoot down our aircraft. Even then, despite the lack of detailed information, his statements seemed absurd. Obviously looked at the attempt of our Defense Ministry to shift the responsibility for the death of 15 officers at least someone. Otherwise, the wrath of the supreme commander was unavoidable. Briefing MO from 23.09 only reinforced this impression. 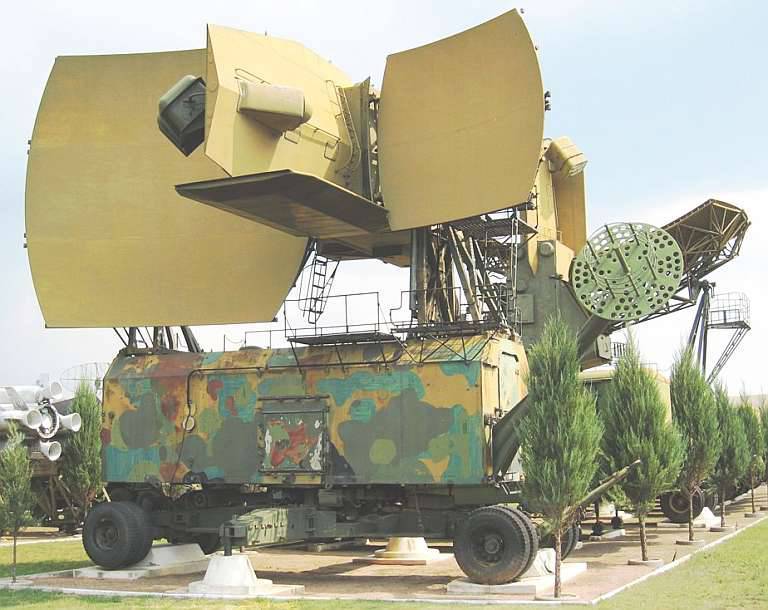 1. Tactical maneuvering of the parties before the crash

The Konashenkov scheme indicates that the X-NUMX Israeli F-4 fighter entered the launch zone of the planning GBU-16 bombs at 39: 21 at a distance of 39 km from the Syrian coast. At this time, a warning was made to our VKS about the launch of these bombs on targets in the area of ​​Latakia. The GBU-90 planning bomb is intended only for hitting ground targets with predetermined coordinates and does not pose any danger to aircraft.

Our IL-20 at that time was flying over Syrian territory from north to south and in no way could disguise Israeli aircraft. Then one of the F-16 began to approach the Syrian coast, but still did not dare approach more than 70 km. This is easily explained by the fact that at this time F-16 began to use EW, and the power of EW transmitters would not be enough to suppress the Syrian radar radar if the F-16 approached a closer distance.

At this time, IL-20 received a command to go on landing, but for some reason did not execute it immediately, and flew past the airfield Hamim in the direction to the south. Then he made a completely inexplicable maneuver and began to turn towards the sea, and approached the Israeli grouping at 30 km. The plane crashed when it flew north. It follows that the statement about the desire of Israeli aircraft to hide behind IL-20 is in clear contradiction with the scheme of General Konashenkov. From the scheme it follows that, on the contrary, IL-20 wanted to explore the composition of the Israeli group. The scheme is composed in such a way that it is absolutely impossible to understand from it the key point: where at this time was the C-200 air defense missile system, which hit IL-20. Further, we will assume that the C-200 was at a distance of no more than 20-40 km from Hmeimim airfield.

2. Features of the functioning of the air defense missile systems with missiles with semi-active guidance

The C-200 SAM system was developed more than 40 years ago and is equipped with rather primitive, by modern concepts, radar and missile defense systems. Despite the enormous size of the SAM (length 11 m, mass 7 t), it is not equipped with its own interference transmitter, but is directed at the signal reflected from the target. The target is irradiated by a specialized target illumination radar (ROC).

The ROC detects targets not on its own, but according to commands issued from the divisional controls. At KP information is obtained from the surveillance radar, the antenna of which rotates with a period of the order of 10 seconds, that is, information is updated at the command point quite often, and all the aircraft’s maneuvers do not go unnoticed. The Russian Orthodox Church constantly receives information about the azimuth and vertical angles of targets and their range and speed from the surveillance radar. ROC is present in the composition of each battery, which has 6 launchers missiles. The battalion commander indicates to the battery commander which of the targets should be struck, after which the Russian Orthodox Church positions its antenna in the direction of the target to be hit, starts tracking it and prepares for launch.

2.1. Features of the functioning of the ROC

ROC can accompany the target in one of two modes:

- pulsed mode, in which the angles of targets caught in the beam and their distances are measured. The speed in this mode is practically not measured;

- the mode of continuous sinusoidal radiation, in which the angles and speed of the target are measured, and the range is practically not measured. Zur be induced to target only in continuous mode.

Zour receives from the ROC data on the angular direction of the target and its speed. At the same time, it can only be aimed at those targets that are highlighted by the ROC. Despite the fact that the beam of the Russian Orthodox Church is quite narrow (approximately 2 °), several targets can reach this beam, the range to which the SAM can not measure. Therefore, the missile defense system will be aimed at the target, the speed of convergence with which it is assigned to the ROC. If the speed of the target being fired and the speed of any other target caught in the illumination beam turn out to be the same while targeting the SAM, then the SAM will be guided by that one whose signal will be more powerful.

3. Reconstruction of the IL-20 defeat scenario

We do not know either the location of the observation radar of the division, nor the type of the specific radar. However, it is clear that in the air defense missile system with a range of 300 km, surveillance radar will be very powerful. At least, even such small targets as F-16 (effective reflecting surface of the EOP = 2 sq. M) will be detected at distances much larger than 200 km. GBU-39 F-16 bombs are launched from heights of at least 10 km. Even if we assume that the F-16 attacks were going to heights less than 1 km, that is, they were hiding behind a radio horizon, then at the time of the beginning of the ascent, they were guaranteed to be detected by a surveillance radar. Suppress surveillance radar interference F-16 is hardly capable. Hence the conclusion that the division commander had clear information about the fact of the beginning of the attack. The only thing that could be hidden by interference was the size of the group. Therefore, the decision to maneuver the IL-20 towards the sea can only be explained by the illiteracy of the air defense command. I would like to ask General Konashenkov: where were our advisers at that time?

Further, the proposed reconstruction comes into irreconcilable contradiction with the version of the Israeli media. Syrian air defense missile systems could not open indiscriminate firing and launch more 100 missiles at targets emitting interference, since F-16 can switch emissions of interference, from one F-16, then from another. Such heavy missiles, as in C-200, will not be able to cope with the guidance on the flickering noise.

3.2. The author's version of events

The only version that seems plausible to the author is that at the beginning of the shelling the ROC irradiated the F-16 four, he did not receive signals from these targets, since F-16 switched on the jamming transmitters. Under these conditions, the missile defense continues to be induced not on signals reflected from the target, but on signals emitted by the interference transmitters. Accidentally, our IL-20 flew into the ROC beam. Since the IL-20 was twice as close to the radar as the F-16, the signal reflected from it was 20 times more powerful due to the difference in the image intensifier and 16 times more powerful because of the difference in distances. Consequently, the total excess power of the signal reflected from IL-20, compared with the power of the signal reflected from F-16, was 320 times. No large amount of interference emitted from the F-16 could suppress such a high power of the reflected signal. Therefore, the GOS ZUR, having received a powerful signal, began to be induced on it, which led to the defeat of the IL-20.

This situation could have been avoided if the operator of the ROC had at least an average qualification. He could turn on the impulse mode of operation for a short time and realize that a target with a much smaller range hit the beam. A catastrophe could have been averted also if the ROC operator was interested in information coming from a surveillance radar. To prevent it, it would be enough to turn off the illumination of the target or issue a command to self-destruct the rocket.

The representative of the Ministry of Defense is trying to disguise the fact that our VKS failed to organize training for Syrian air defense personnel at a sufficient level.

Blaming the command of the Israeli Air Force that they did not forbid their pilots to turn on the jammers and defend themselves against attacks from the air defense missile system - hypocrisy.

The supreme commander-in-chief should demand from the leadership of the MoD a complete review of the entire operation with the provision of data on the IL-20 and F-16 trajectories, the position of the air defense missile system and the number of missiles launched.