Kabardians do not like Balkarians? Calls from the problem region

23 September 2018
115
Last week, the Kabardino-Balkarian Republic was overwhelmed by a sharp inter-ethnic conflict, which traditionally was silent about our central media. It all started with a seemingly simple and good undertaking: to recall the anniversary of the Kanzhal battle of the 1708 of the year, whose 310 anniversary is celebrated this year. 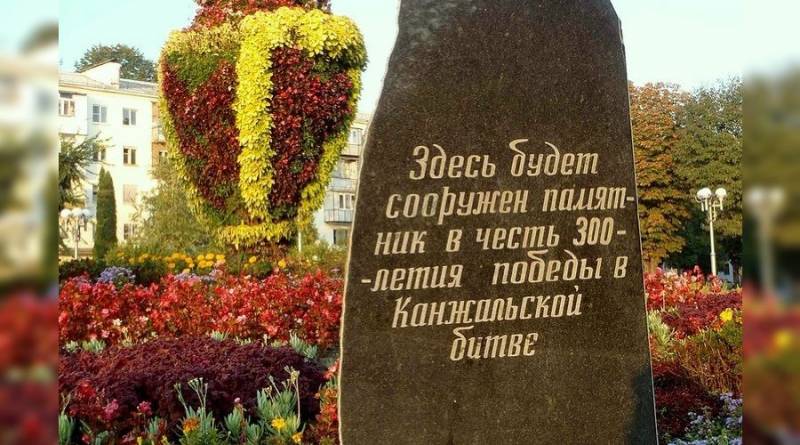 From what is previously known, it follows that the Kabardian public organization "Shuuya Khase" planned to hold 17 September 2018, a campaign with 200 riders on horseback of a special Kabardian breed. The final goal of the route was Mount Kanjal (Konjol), on which the above-named battle took place.

Local police as reported "Russian News Agency", having learned about the upcoming campaign, did not agree on this event and tried to convince its initiators to abandon it. Despite the fact that local law enforcement agencies and authorities failed to completely disavow this campaign, the number of its participants was reduced to 30 people (this event was not completely prohibited due to the lack of legal grounds). Ibragim Yaganov, a respected person in the Kabardian community, a participant in the Georgian-Abkhaz war and a famous horse breeder, led this action.

Now let's talk a little about the Kanzhal battle itself and why this battle is a problematic topic in Kabardino-Balkaria.

At the beginning of the 18th century, as always, in the North Caucasus, there was restlessness: some Circassian tribal associations refused to pay the “accrued in a new way” tribute to the Turkish sultan and his confidant - the Crimean Khan (we recall was under Turkish protectorate). Sultan ordered his vassal, the khan of the Crimean horde, to resolve the issue with the recalcitrant, and a large army, consisting of the Crimean Tatars and other Turkic peoples, moved into territories inhabited by recalcitrant Circassians and their neighbors. 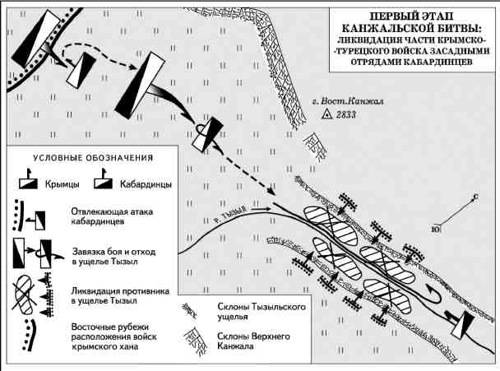 The decisive battle took place at the foot of the city of Kanzhal (Konzhol), in which the army of conquerors was unexpectedly defeated by a numerically smaller army of local peoples, mainly of Circassian origin.

The defeat of the Crimean Tatars and their allies in Kabarda received a great international response. Thus, the Moldavian ruler, Mikhail Rogovitsa, said in a letter to the Russian Chancellor: “What a shame, damage and attack the Crimean Khan took from the Circassians ... well, it was his army that he had never seen before ...” they (krymtsev) were beaten like this ”.

Accordingly, this victory became a symbol of national triumph for the Circassians and other Adyghe-speaking peoples. The Turkic peoples of the Caucasus, including the Balkars, are extremely negative about this topic and generally prefer to insist on historical the unreliability of news of this battle. 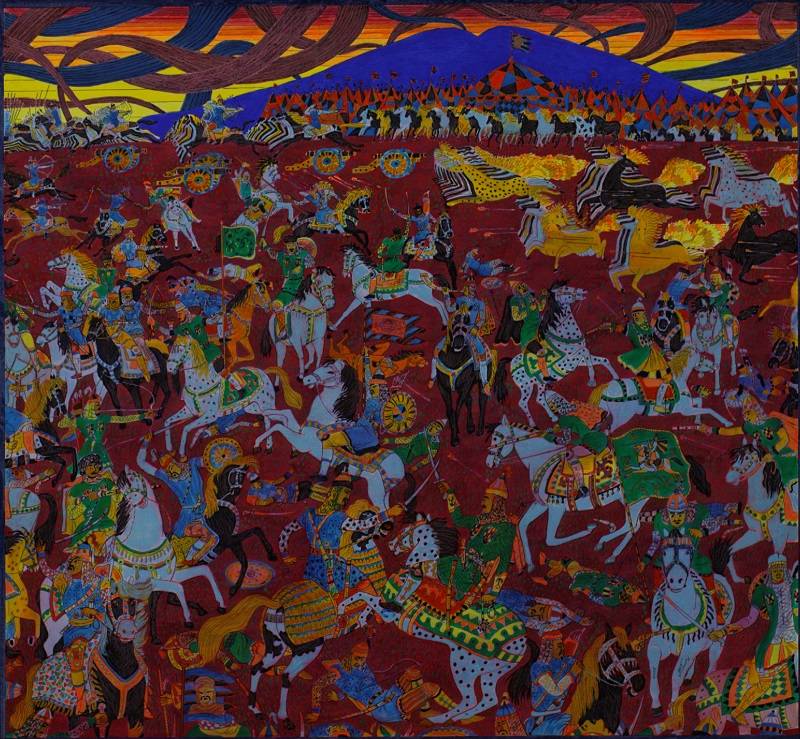 In the 2008 year, on the 300 anniversary of the Battle of Kanzhal, representatives of the Circassian people had already conducted a similar campaign, and then a memorial sign was erected on the territory where the battle took place. However, shortly before this, residents (mostly Balkarians) of the nearby aul Kendelen turned to the authorities of Kabardino-Balkaria with a request to return to the 47.000 municipality hectares of lands previously recognized as “inter-settlement territory”. And, accordingly, the equestrian march of Kabardian activists even then poured oil on the fire - the Balkarians of this region perceived this event as an attempt to “stake out” the land allegedly belonging to them.

10 years passed, and the equestrian march in honor of the 310 anniversary of the Battle of Kazhalsky again had to go along the route of the movement of the Circassian army - through the village of Kendelen. However, remembering the problems that this event caused then, the leaders of the equestrian campaign wanted to go around this Balkarian aul, but this caused misunderstanding in the Circassian environment, some representatives of which still demanded the passage of the equestrian group through this village.

Inter-ethnic confrontation began in the republic on the morning of September 18 2018, when a small group of Circassian youth with flags, shouting slogans, decided to go through the above settlement. Local residents from among the Balkarians blocked their way. A massive brawl ensued, in which several people on each side were injured. As a result, the Balkarians began to “announce mobilization” and declare the cruelty of the Circassians.

The local police did not manage to quickly settle the conflict, and Rosguard was introduced to the village of Kendelen, which, by force, shields and batons, and (probably) shots into the air, divided both sides (although the parties to the conflict in response began to use stones and sticks against law enforcement).

Both Kabardins and Balkarians announced an “asset gathering”, and dozens, if not hundreds, of cars began to approach the village. According to witnesses, more people gathered than even at the recent rally against pension reform in Nalchik.

The night has not extinguished the passion. It seemed that the aul returned to 300 years ago - military guards stood at the entrances to the village, local residents burned bonfires around it, and arriving representatives of both ethnic communities, like two armies, set up two camps opposite each other. 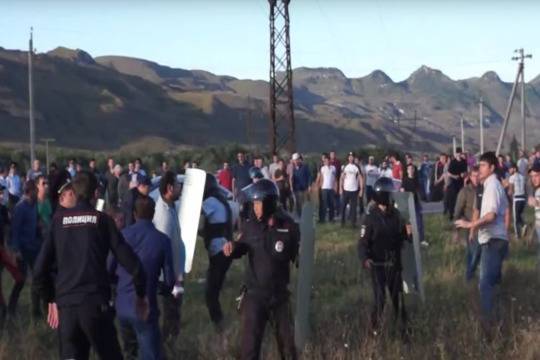 Additional power units were introduced to the village of Kendelen, only permanently resident persons with local registration could enter it, and only buses with tourists from other regions pass to the nearby all-season resort of Elbrusje.

As a result, a representative of the authorities of Kabardino-Balkaria arrived in the village. Began negotiations of all parties. However, at the same time, the news came about an attempt to break through groups of Balkarian youth already in the Kabardian village of Zayukovo, prevented by the riot police.

The Republican Investigation Department of the TFR has begun, for the time being, a pre-investigation check on the events in Kendelen, where “unidentified persons have so far applied physical violence against the authorities”

Many citizens living in the republic believe that it was because of unrest in the village of Kendelen that unrest began in a number of neighboring settlements and even in Nalchik. So, September 19 gathered for an unauthorized demonstration (which, unlike the regions of Central Russia, for some reason, nobody dispersed, although there were plenty of police on the spot) on the main city square of the capital of the republic, dozens of people with flags and banners gathered on the main square of the republic’s capital. However, those assembled did not behave so aggressively as those who came together in the confrontation in Kendelen (possibly because of the large number of police officers), although they shouted slogans.

In general, the events described above testify to a rather serious flaw in both law enforcement agencies and state authorities, at least even at the very first, basic level, since instead of really high-quality work in the field of interethnic and interfaith interaction, “ostensible reports” were sent “upward”, allegedly indicating the absence of problems.

And still local officials, apparently, from a particularly outstanding fortitude, do not comment on the situation in any way, apparently awaiting the decision of Moscow; Moreover, on the official websites of the republic there is no information about interethnic conflict and its corresponding assessment. 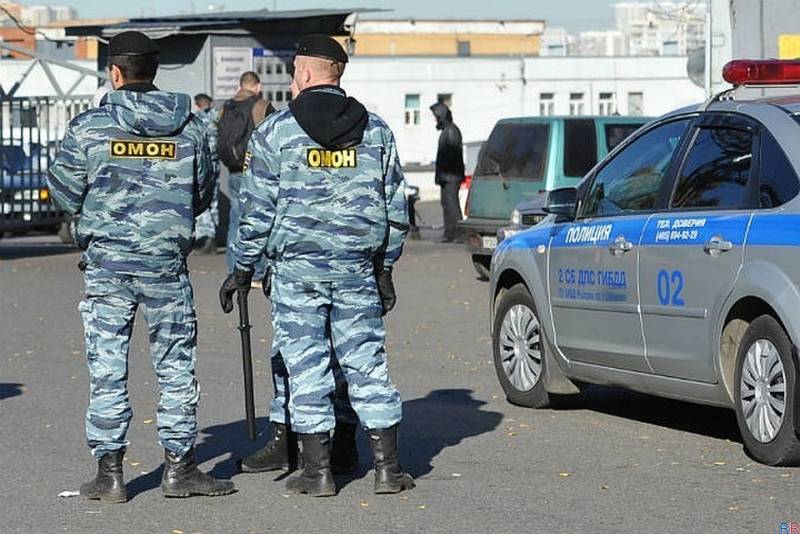 Of course, to declare the beginning of the collapse of Russia, as some particularly zealous leaders sometimes shout, to put it mildly, is not at all worth it. But this next “bell” from one of the most problematic regions of the Russian Federation is extremely bad, and no matter how it turned out that, having directed all forces and all attention to Dagestan with its 32 ethnic groups, the leadership of our country looked through Kabardino-Balkaria with only three title nations. And as we remember, any internal inter-confessional and interethnic conflict in our country will with a high degree of probability be used by its external enemies (from the Washington hawks to the leaders of world jihadism).

According to the available information, special access was maintained at the end of the week in the villages of Kendelen and Zayukovor, while the divisions of Rosgvardia and other law enforcement agencies continue to serve in an intensified mode in the settlements of Kabardino-Balkaria. According to some, not yet officially confirmed data, the forces of public order detained people from 30 to 70, and at this stage we can speak about the extinction of confrontation.

Thus, thanks to all, though not immediately, but soon followed and quite correct actions of security agencies in Kabardino-Balkaria, the development of a local ethnic conflict into a bloody inter-ethnic confrontation was avoided.