Carefully, an Israeli special operation is being conducted in Russia!

24 September 2018
195
In the Russian media, a special operation of the Israeli special services began, aimed at mitigating the consequences of the loss of the Il-20 aircraft by the Russian HQs in Syria. At the same time, it seems, no one is killed, but in a certain scenario, there will still be casualties among the Russian military. 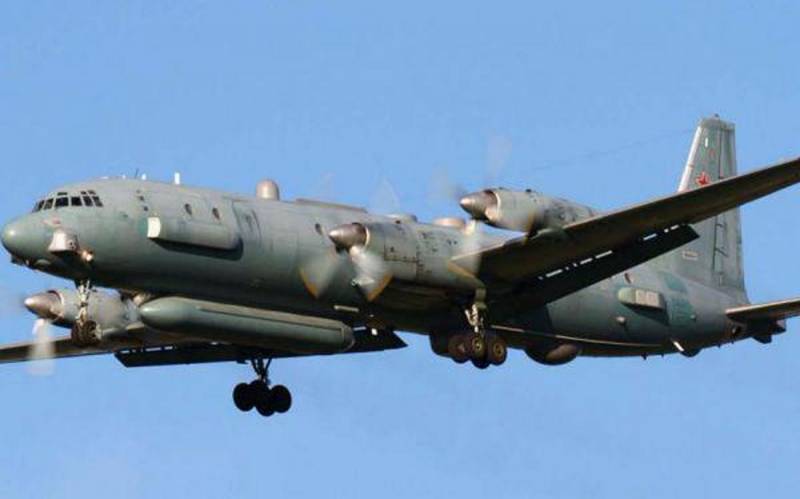 Yesterday, in one of the social networks, I stumbled upon some kind of “analytics”, dedicated to the downed Russian plane and the role of the Syrian army in this event. The “analyst” began quite eloquently: “I myself am not an expert in this matter, so I asked my friend, a retired air force pilot from Rostov, to speak up.” In general, everything is strictly in the spirit of “Crimean women, the daughter of an officer,” only with reference to an authoritative opinion, which is commonly trusted in Russian society (and we respect the officers and trust in the majority).

This most "retired pilot from Rostov" showed an unexpectedly deep knowledge of the domestic political situation in Syria and said that this is not a mistake at all, but a deliberate provocation of some part of the Syrian elite, who are tired of Assad, but also leads an endless and irreconcilable nibble. So, they say, they set up Assad under the wrath of the Russians, in the hope of either displacing him, or simply spoiling him.

- And did you hear, Assad did not even send condolences to Putin ?!

- No, he sent condolences, but Putin does not want to hear him and does not even take the telephone receiver!

Dmitry Peskov, Putin’s press secretary, was already forced to make a refutation of such throw-ins. But, as they say, the sediment remains, and a drop wears away a stone ...

The fake distributed on the network does not stand up to criticism. Here is the incredible awareness of the “officer” about the internal political situation in Syria, and the rather strange belief that some “fraction” of the conspirators can control the whole calculation of the anti-aircraft missile division, and the well-thought-out provocation when the recruitment of this calculation coincides randomly with the Israeli action aviation and the span of the Russian military side.

And nevertheless, such stuffing finds more and more readers and distributors. A lot of reposts, a lot of angry comments in the spirit of "Damn this Assad and this war!" And it seems like a simple plan, but it works. But I have not seen all such calls, and how many more of them, unidentified, now roam the Russian Internet?

Probably, at first glance it may not seem so important: well, just think, the cunning Israelis decided to justify themselves with guarantee. But no, in fact it is a very, very dangerous way to escape from the Russian anger, and here's why.

The fact is that the situation in Russia is monitored not only by Russian and Israeli intelligence services. American and British, for example, are also not asleep. And imagine, they see the "oil painting" - it turns out, you can substitute the Russian plane under the fire of Syrian air defense, and even cause a surge of hatred towards Syria in Russia and no less a surge of pacifist moods. What then will the special services of our potential opponents do? That's right - they will start preparing the next provocation!

That is, the more actively we swallow the uncomplicated bait that the Mossad is now shoving us, the higher the likelihood that Americans and allies will soon make some sort of raid under the cover of a Russian plane or take-off. And, by the way, it is not at all necessary that only the military will be on it.

Leaving aside the technical aspects of the tragedy (only lazy people did not speak about this), let's agree that such tragic situations in the war are unfortunately possible. We should remember the main thing: Israel is the only culprit in this tragedy!

The death of Russian officers was a direct consequence of the undeclared aggression that Tel Aviv is waging against the Syrian state, exhausted by the civil war. If the Israeli air force did not commit another treacherous blow, our military would have survived. This is a simple statement of fact, and there are no imputed arguments against it.

Just in case, let us remind the doubters that Israeli aircraft did not bother the ISIS units (forbidden in Russia) when they were in direct view of the borders of Israel, near the Golan Heights. But the strikes on the Syrian armed forces were practiced a year ago and two. Therefore, we can safely say that the position of Israel, to put it mildly, is extremely hypocritical, and its actions directly border on what can be described as a war crime.

I do not call for any military response to the provocation that led to the death of the Russian military aircraft. But I would venture to say that it is not in the interests of Israel to repeat such abominations - Russia has enough ways to annoy Tel Aviv and it should be remembered. Here and the possible rapprochement with the Palestinian Authority, and the supply of more modern weapons to Syria, and, most importantly and most painfully, the way out of all agreements limiting supplies weapons Tehran. I think our good friend Benjamin Netanyahu will burn pretty if he even hints that the next Israeli strike on Syria could lead to accelerated deliveries of Su-35s and attack aircraft Su-34 to Iran.

But the most important thing: in no case should we succumb to provocations and outright lies that the Israeli special services are trying to feed us through their agents in the media. Because it can really open a Pandora's box, the depth of which we can only guess.