The Nazis in Manhattan. Operation “Blow into Timpani”

24 September 2018
26
January 1942 of the year. One of the sunniest states on the east coast of America. Here, in the south, life is calm. For the rest of the war in Europe, in which the United States entered three weeks ago, seemed something far away. At night, the entire shore shone with neon signs - from New York to Florida and the Gulf of Mexico. Life here was easy and carefree, the bloody war in Europe was just newspaper headlines ... 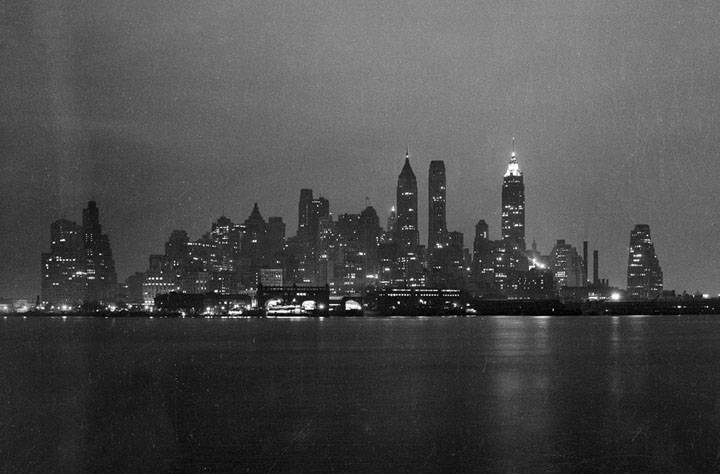 The Americans did not even suspect that there were elite units just a few nautical miles from the coast, ready to strike at their country. Hitler's submarines arrived at the shores of America.

Admiral Karl Dönitz, commander of the German submarine fleet, developed an attack plan on shipping lanes along the American coast. It was supposed to begin 10 days after Germany declared the US war. Five boats were prepared, their commanders received secret orders.

“We left Lorient 23 December. I was in a hurry to go to sea before Christmas, because I didn’t need drunken sailors on board. The night before Christmas, we plunged into the depths and began to celebrate. We had a decorated Christmas tree and gifts for each crew member, a festive table, and the war seemed so far away. It was the most memorable Christmas in my life. ”

Hardegen headed to the shores of America on his IX-B type boat, followed by four more boats. He was ordered not to launch an attack before the others arrived. Submarines had to start fighting simultaneously, on the same day, choosing targets on their own. They were not united into a “wolf pack”, but had to act alone. Find targets, lay low, and then, January 13, simultaneously strike.

In January, 1942 off the coast of Long Island, New York, a British oil tanker headed for the Atlantic convoy gathering point heading for England. The crew did not expect an attack off the American coast. The commander of the German submarine, Lieutenant Commander Reinhard Hardegen could not believe such luck. The tanker nearly crashed into a submarine hiding in dark waters. Hardegen was not going to miss the chance. In 03 hours 41 minute he fired a torpedo. In less than a minute, the night was lit up with a bright flash, the flames rising towards the heavens. The U-123 submarine detonated 65000 oil barrels total 135 km from the lights of Manhattan.

This volley marked the beginning of Operation Spookenshlag. America struck at the very borders. Just a month ago, the Japanese took Americans by surprise at Pearl Harbor; in Germany, the submarine fleet commander, Karl Dönitz, asked the Fuhrer to do the same. The admiral intended to shock the United States with a series of attacks off the coast of America. His target was merchant ships carrying cargo along the east coast. Dönitz personally chose commanders for submarines. The group of experienced boat commanders who participated in Operation Blow into Timpani included: frigate-captain Richard Zapp on a U-66 boat; Lieutenant Heinrich Bleichrodt - on U-109; Lieutenant Reinhard Hardegen - on U-123; Lieutenant Commander Ulrich Völker - on U-125; frigate-captain Ernst Kals - on U-130.

27 December, four days after the start of the march, the submarine crossed the 20-th meridian of western longitude. U-123 took up combat duty, and Hardegen could open top-secret combat orders. Submariners knew that they had to go to the east coast of North America, but even the commander was not told exactly where. Hardegen learned the details of the combat mission, he must destroy the merchant ships in the waters off the coast of New York. Four other submarines received similar tasks on other stretches of the Atlantic coast.

Winter storm knocked U-123 submarine off course, she reached the coast ahead of schedule. Lt. Reinhard Hardegen and his crew conducted round-the-clock surveillance. They tracked down the enemy ship in 180 km from the coast. Hardegen began a maneuver for rapprochement and saw a British steamer, around 10000 t. Two days before the operation, Hardegen did not want to give out his position, but could not resist. Deciding to open fire, Hardegen fired the first torpedo. The night sky lit up with a fiery flash. Radio operators aboard the U-123 intercepted the urgent message from the steamer, the SOS SSS code meant that the ship had attacked the submarine. To leave the operation in secret, Hardegen had to silence the enemy. He turned the submarine, intending to launch the second torpedo. Seconds later, a second explosion lit up the sky. The passengers and crew of the ship "Cyclops" drifted 20 hours. Only two people died during the attack, another 86 will die from hypothermia in the icy waters of the North Atlantic.

U-123 made the first unofficial attack during Operation Blow to Timpani.

Hardegen waited trouble. After his attack, the Americans will surely find out that they have German submarines near their shores. He hoped that enemy ships were already waiting for him, but as it turned out, the German operation was not a surprise.

American Rear Admiral Adolphus Andrews commanded the defense of the eastern shores of the United States. The sinking of the Cyclops ship confirmed Andrews’s concerns, as well as information from Allied cryptographers. As soon as the German submarines left the port, British intelligence found a weak spot in Admiral Doenitz’s plan. Submarines are constantly in touch with headquarters in Europe. Their radio messages were intercepted by Allied forces.

Adolphus Andrews requested support for the defense of the east coast, but his senior officer, Admiral Ernest King, had a problem even worse. King has already fought with submarines, along with the British, for this large US forces were involved. King could not just forget about the Pacific. Operations in the Pacific took a lot of money, and he had to make a difficult choice. The admiral did not have enough resources to protect the coast from approaching submarines.

13 January U-130 launched the first official attack during Operation Blow into Timpani, sinking two small cargo ships off the coast of Newfoundland.

The submarines of the first wave of operations off the eastern shores of the United States and in the North Atlantic in January 1942 of the year sent American, British and neutral vessels with a total tonnage of 58 307 tons to the bottom of 059, of which 132 348 tons were tankers.

By July, 1942 was flooded or damaged around 700 ships in the Atlantic Ocean and Gulf of Mexico. Submarine attacks killed more than 5000 seafarers and passengers, more than twice the number of people killed in Pearl Harbor. 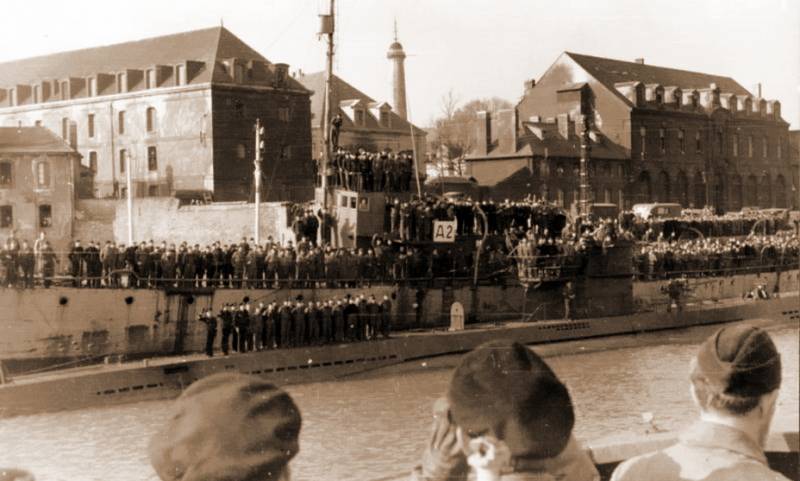 U-123 returned to France after the Paukenshlag. Picture taken in Lorian 9 February 1942 of the year

In the course of Operation Blow into the Timpani, German submariners sank Allied ships without meeting resistance. The operation became something of a “second golden era” for German submarines.

“Tubular strike” is a victory for submarines that could have been prevented. The Americans still do not recognize the historical heritage of the disaster that happened off their shores in 1942. The fleet avoids this stories like the plague, wants to forget about it as soon as possible. No one wants to remember the days when German submarines unleashed a war on American shores.