Borisov about the beginning of the construction of boats "Moray" 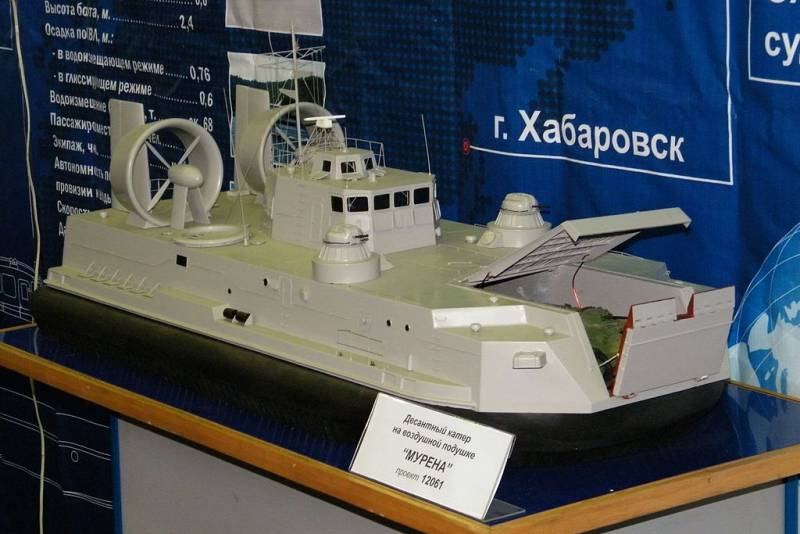 Speaking at a meeting in Khabarovsk, Borisov recalled that, according to the armament program, the construction of hovercraft of the “Moray” type should begin in the 2021 year.

However, in order to support the Khabarovsk Shipbuilding Plant, and indeed the whole region, the government will consider the possibility of concluding a construction contract early, which can be started in 2019, Borisov said.

Upon arrival, I will give such taming, talk with colleagues from the Ministry of Defense, the Navy, so that you have already begun preparatory work, equipment, established operational relations with all who will be involved,
added deputy prime minister.

According to him, the contract will be long-term, its cost will be about 3 billion rubles. In total, it is planned to order 8 boats.