The tragedy of IL-20. Gun shot not as expected

20 September 2018
73
Just a few days ago, before the tragedy with the Il-20, it seemed that the events in Syria would follow the same scenario as it was in April last year and in April of the current one. Shooting a fake movie about how the Syrian army used a chemical weapon, demonstration by the leading Western media of “dead” children (and even those killed for real, precisely for the sake of staff), Nikki Haley’s hysteria in the UN Security Council, Trump’s terrible tweets and, finally, another Tomahawks night. 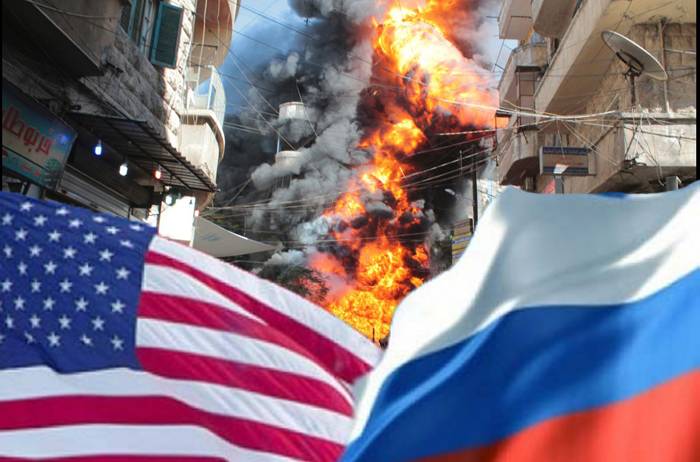 Only here the attack was expected at a different level than in previous times. The case could not be limited to individual buildings. Moreover, Washington was trying to attract other allies to its anti-Syrian operation, who had not participated before. In particular, Germany. We could observe the impudent pressure on this country and (as its result) the constantly changing position of Berlin. In order to carry out an attack on "abandoned sheds", it is not necessary to involve someone else.

It was possible to assume that for the American authorities this time it was important to deliver at least a symbolic blow to any Russian objects in Syria (as well as Iranian ones). It is precisely symbolic, which would not cause a serious "otvetka", but would be a slap in the face from a moral point of view. This was evidenced by the publication in the American press (in particular, in the Wall Street Journal).

But Russian diplomats and the Ministry of Defense this time worked efficiently. About the upcoming provocation in Idlib was reported in advance. This issue was discussed at the highest international level. True, the United States responded with excuses: they say, this is all Russian propaganda, and White Helmets activists who remove the fake are real heroes.

It seemed that in parallel there are two realities. In one of them, right before the eyes of the whole world, false video clips are produced, in the other, evidence is provided that they are deceitful. And one could only marvel at the impudence of the United States, which have used the same technique so many times. It only remained to wait until the gun, taken out on the scene, fired.

But one cannot exclude the possibility that an understanding was born in Washington that this time such a lie would not be rolled. Of course, the Western man in the street shavaet anything, but questions about the veracity of American propaganda will inevitably arise. Especially if it comes to something more dangerous than the bombing of Syria (and this is just the attack against Russian and Iranian objects). And the preparation for the provocation in Idlib turned out to be just a smoke screen covering the “Plan B”.

It is no secret that the United States often act not directly, but by proxy. Washington has many allies in the Middle East, and Israel is one of them. No wonder the American president Donald Trump gives the Jewish state full support in his adventures, even when it is completely contrary to common sense. The US authorities could not assume that the recognition of Jerusalem as the Israeli capital and the transfer of the embassies there would lead to heavy clashes with the Palestinians and to misunderstanding even among the Western allies. Nevertheless, went to this step. Well, now Israel had to work out that support.

Especially since Tel Aviv has a certain advantage in Syria. If Moscow is actively fighting against attempts by the US and NATO to attack the closest Russian ally in the Middle East, this is not the case with Israeli acts of aggression. Our leadership directly calls the US-NATO aggressor the aggressor. When it comes to the Israeli bombardment of Syria, the more streamlined language is heard. Still, many Israelis at the same time have Russian citizenship, there is a visa-free regime between Moscow and Tel Aviv, and generally speaking, the ties of the Russian elite with this state are close. A significant part of Russian society (unfortunately, this is not only frank liberals) even treats with understanding Israel’s actions in Syria (it’s all for the sake of security).

On the eve of the tragedy with the Russian aircraft, the presidents of the Russian Federation and Turkey, Vladimir Putin and Recep Tayyip Erdogan, took another step that Washington did not expect. Now, the operations of the Syrian troops with the support of the Russian videoconferencing against the "Idlib gadyushnik" will not. For better or worse, a separate conversation, especially since Turkey behaves in many ways similar to Israel and enjoys the same privilege - the Russian authorities turn a blind eye to its aggressive anti-Syrian actions. But if the US did intend to push through the chemical imposition scenario, then they lost an important trump card.

But the demonstrative attack of Israel just in the area where the Russian facilities are located is for Washington what the doctor ordered. There is no formal reason for a direct collision. Israel Syria can be bombed. And the airstrikes inflicted near the Hmeimim airbase and Tartus are a very tangible slap in Russia.

Such an event as the death of a Russian aircraft with military personnel could hardly have been calculated in advance. But it turned out even more of what Washington wanted: Russia was punished for disrupting the provocation in Idlib much harder than just a moral slap in the face.

The working version of the tragedy with the aircraft was that the Syrian air defenses were aimed at Israeli fighters, and hit by IL-20. It is hardly worth accepting it as the ultimate truth - especially given the fact that the fateful night also recorded salvos from a French ship not far from the Syrian coast (French attacks on the Syrian coast confirm that this attack was not a purely Israeli adventure , and deliberate western slap in Russia).

But if Russia would declare Israel or France to be the direct culprit, then the consequences in general could go far beyond Syria. They found what is called a mitigating wording: the plane hit a Syrian rocket, and Israel is indirectly to blame.

We can say one thing: the gun that Washington put on the scene fired, but not as expected. Not like Russia expected. And not even the way the United States expected. The whole question is whether Moscow’s relatively loyal attitude towards Israel’s actions will be revised. Until now, his crimes in Syria have been watched with half-closed eyes. And if it finally stops, it means that the guys whose lives were interrupted in such a terrible way did not die for nothing.