19 September 2018
10
The Pentagon has spent at least 70 billions of dollars on experiments with deadly viruses and nerve agents in a laboratory in the city of Porton Down. The secret lab is located thirteen kilometers from the place where 4 March was found Sergey and Julia Skripal with symptoms of poisoning. 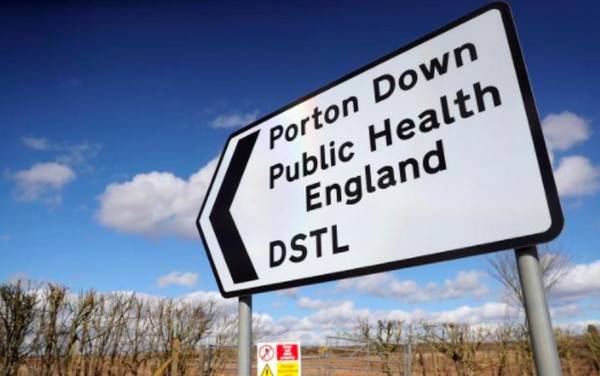 According to information received from Registry The US Federal Contracts Agency for the Reduction of Military Threat, under the leadership of the US Department of Defense, funded a number of defense projects at the Laboratory for Defense Science and Technology in Porton Down. Among them is the experimental infection of primates with anthrax, Ebola, Marburg, Venezuelan equine encephalitis, western and eastern equine encephalitis viruses. The agency also funded animal experiments in which they were poisoned with mustard gas and phosgene.

The Military Threat Agency has full access to all scientific and technical developments of the Laboratory in Porton Down, which is noted in contract from 2011 year.

Experiments involving animals are considered secret in the UK. According to the 24 chapter of the Animal Science Research Act, disclosing information about such experiments is considered a criminal offense.

According to the information obtained using the provisions Freedom of Information Act, in Porton Down, the number of military experiments with chemical and biological weapons. From 2005 to 2016 year 122 thousands of animals were infected with deadly viruses or poisoned by chemicals. The laboratory uses mice, guinea pigs, rats, piglets, ferrets, sheep and monkeys in its research.

It also became known that British military scientists received funding from the Military Threat Reduction Agency to develop a system for testing chemicals from 2012 to 2017 a year.

Experiments on the effects of toxic substances VX and VM were conducted in Porton Down in 2015 year. It is noteworthy that the guinea pigs were also found in the house of Sergey Skripal in Salisbury. A photo of Violin's pets - cats and guinea pigs - placed on his Facebook page his daughter, Julia.

Unfortunately, animal bullying is not the only crime on the Laboratory's account. In 2013, scientists from Porton Down scattered gas in the London Underground.

The British government never told its citizens about a military experiment in the London Underground. Thousands of people were poisoned by gas without knowing it, and no one asked their consent to participate in such a “study”. Data about this is obtained from document from 2016 year, stored in the British Ministry of the Interior. He talks about other programs held in the United States and the UK before 2016.

The document confirms that the scientists of the Laboratory conducted research in the metro from 2011 to 2014 a year, but does not contain data on their content and goals.