The third strategy of Moscow

19 September 2018
26
A number of Russian experts and political scientists make statements that, after the outlined the Varfolomeyevsky religious split in Ukraine, “Russia has lost everything”, the escalation in Ukraine will only increase. Bandera "experts" believe, not without reason, that the SBU and the Nazi armed forces would crush all the protests in the bud, so there will be no "escalation". Both are right in their own way: tension in society will inevitably increase, but the nuts of the SBU and the Nazi formations will tighten further, and if the country’s roof is torn off or not, who knows? 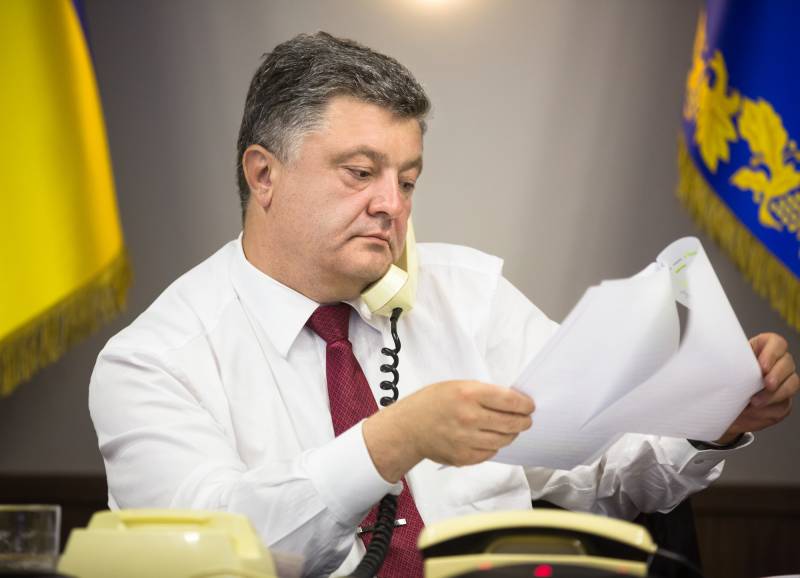 But Russia, as it were, is appointed responsible for such a development: if she had not “lost” and won, then everything would be different now in Ukraine, would go to appeasement. In general, the logic: “How they did it!” And “Pan or disappeared!” It turns out that Russia “disappeared” in Bandera’s Ukraine, because it had neither strategy nor tactics, only “reactive” movements. In real, and not expert policy, so, fortunately, does not happen.

The strategy of Russia in Ukraine has always been and will be, but it is not determined by the desires of experts, but by the real military and political capabilities of the country. After the Bandera coup in Kiev 22 February 2014, Russia had already used two strategies in relation to the neo-Nazi on the "genesis" of the new government in Kiev.

The first strategy of Moscow was expressed in the intention to send troops to Ukraine to protect the Russian-speaking population of the south-eastern regions from neo-Nazis. As part of this strategy, Crimea was reunited and assistance was rendered to the insurgent Donbass. However, unlike the experts, Moscow takes into account that the real organizers of the coup d'etat — the US and its satellites — are behind the Bandera’s back, and Russia is restoring its military-strategic potential only to the beginning of the 2018 of the year, as Vladimir Putin reported in his speech from March 1.

For these and other reasons, including the euro maid euphoria in Ukraine, supported by our European "partners", Moscow did not go to send troops to Ukraine and moved to the second strategy, expressed in the Minsk agreements and the "Norman format." They froze active hostilities in the Donbas and in this sense justified themselves. The second part of the Minsk Agreements, which implied the evolution of the “genesis” of the Bandera regime in the human direction, towards the mutual coexistence of regions with different political and cultural worldviews, collapsed.

The failure of the Minsk agreements as a whole can be viewed as a failure of Moscow. Indeed, Sergei Lavrov shot down the language, calling on Western “Norman guarantors” and the United States “to influence their charges in Kiev,” so that they could begin to fulfill the Minsk agreements. By the way, after the murder of the head of the DPR, Alexander Zakharchenko, our Foreign Ministry in the person of Lavrov already does not call Europe for anything, the “Norman format” does not actually work.

However, how did Moscow assess the chances for the Kiev agreements and the West to implement the Minsk agreements? Officially, the hope was expressed that it would be possible, through dialogue with Europe and the United States, to somehow stop the Ukrainian crisis on mutually acceptable terms. This formal rate of Moscow turned out to be a bit of an escalation of tensions between the US and Russia (allegedly due to “interference with elections” in the United States) and between Britain and Russia (allegedly due to the poisoning of Skripale of the Novice OV). The Norman guarantors of the Minsk agreements withdrew themselves, and the United States, even with the new President Trump, supports the extreme neo-Nazi forces in Ukraine. Actually, Ukraine is overseen by Kurt Walker today from the retinue of the late John McCain. By Volker’s own admission, he didn’t even meet with Trump, but the US president tolerates him.

But what does Moscow think about the Minsk agreements informally? If you look at the Minsk agreements from the informal side, they allowed Russia to adapt to Western sanctions (import substitution) by 2018, gave time to put the latest weapons into the army and turn the war in Syria to their advantage, creating military bases on the Mediterranean Sea, actually in the rear of NATO.

And what was the alternative for Russia “Minsk failure”? Apparently, the recognition of Donetsk and Lugansk and the escalation of tensions in the Donbas and Ukraine. Actually, the very process that started now could start much earlier.

After the assassination of the head of the DPR, A. Zakharchenko, in which, judging by the statement of the new leader of Donetsk, Denis Pushilin, not only Kiev will be blamed, but Washington in the person of its special services, Moscow will clearly demand explanations from the West, which will obviously be ignored. The real answer of Moscow not only to the murder of Zakharchenko, but also to the failure of the “Minsk” by the West, are the elections in Donetsk and Lugansk announced on November 9, 11. Moscow is obviously moving on to some third strategy with respect to Bandera’s Ukraine and the wolders covering it.

At almost the same time, November 6, there will be elections to the US Congress, in which Russia will inevitably “intervene”, this was officially announced in Washington, so that a new bout of anti-Russian hysteria in the US is secured, and Moscow does not lose anything, recognizing November 11 Donetsk and Lugansk. Worse still no place. The military situation in the Donbas is unlikely to change after that, but the economic relations between Russia and Bandera Ukraine will end. And for whom will this end strike?

Obviously, Moscow’s strategy, which pinned hopes on the evolution of the Bandera regime with the support of a “democratic” Europe according to the formulas of the ex-German Foreign Minister Steinmeier, failed. While the US managed to stabilize the Bandera regime on the path of terror to all dissenters, suppressing the centers of anti-fascist resistance. After such an end to the “dialogue” between Russia and Europe and the United States, the question of Moscow’s third strategy in Ukraine, the recognition of the independence of Donetsk and Luhansk, becomes the agenda. With reaffirmation of the commitment to the Minsk Agreement, as is always the case with our Western "partners".

How will the third strategy of Moscow in Ukraine be implemented further? The question is interesting, but unattainable for us. So far, it can be noted that Moscow is ignoring statements by US Special Representative Kurt Volcker about “unreal elections” in the Donbas and that they are violating the Minsk agreements. Whose cow, as they say, was mooing ... Rumors leaked to the press that Kurt Volker flew secretly to Moscow, but his secret mission ended in complete failure, Moscow does not even want to see him as US special representative in Ukraine.