The oddities of counting. Candidate from the Communist Party in Primorye: the results are rigged

17 September 2018
464
A major scandal concludes the counting of votes after the completion of the elections of the governor in Primorye. In the second round of elections, the acting governor of the region Andrei Tarasenko, representing United Russia and the candidate of the Communist Party of the Russian Federation Andrei Ishchenko, agreed. During the entire “counting session”, Ischenko was in the lead, ahead of his rival by 4-6% of the vote. However, at the final stage of the counting of votes cast for candidates, it suddenly became clear that Andriy Ishchenko is losing elections. 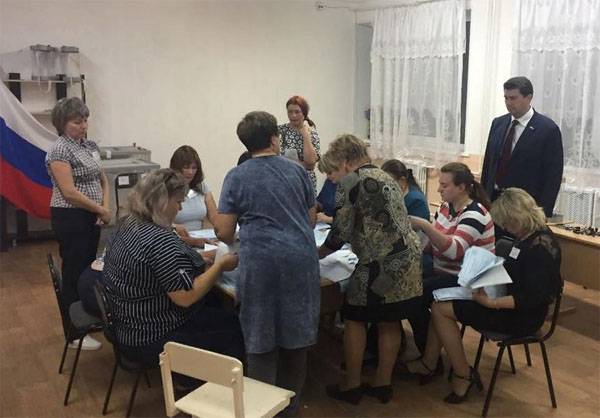 How did the candidate from the Communist Party of the Russian Federation react to this?

According to Ishchenko, he declares a strike of deceived voters and calls on all those residents of the Primorsky Territory who voted for him to go to the Square for the Fighters for Soviet Power.

In the Electoral Commission declare that this is not the final election results. The final results will be announced within three days. At the moment, if you believe the data of the Primorye electoral commission, Andrei Tarasenko has 49,55%, Andrei Ishchenko has 48,06%.

A representative of the Communist Party’s Primorye Territorial Committee asked the electoral commission how it could happen that after only 4% of ballots were left unprocessed, all these ballots turned out to be votes cast for the candidate from United Russia? The Electoral Commission declared that “in some territories one candidate is in the lead, and in others, by a large margin, the other; the balance is changing. "