Red rematch in Primorye did not take place?

17 September 2018
88
For the first time in three years, a communist could win the election of the governor. But it does not seem to win - the “wonderful” turn in Primorye’s electoral preferences, which happened literally from 06.00 to 07.30 in the morning Vladivostok time, brought Andrei Tarasenko, the candidate from the “party of power”, to the first place.


At the time when this article was written, 99,10% of the votes of those who took part in the second round of maritime elections was calculated. According to the CEC, 49,55% voted for Andrei Tarasenko, and 48,6% voted for communist Andrei Ishchenko. An hour and a half ago, Ischenko won by a margin of more than three percent, and given the fact that less than four percent of the ballots remained uncounted, the chances of Tarasenko for the final victory were purely theoretical.

However, as they say, “let's wait for the summing-up of the official voting results”: whether the authorities will go to a frank forgery or will reasonably agree with a local defeat before it is completely clear. 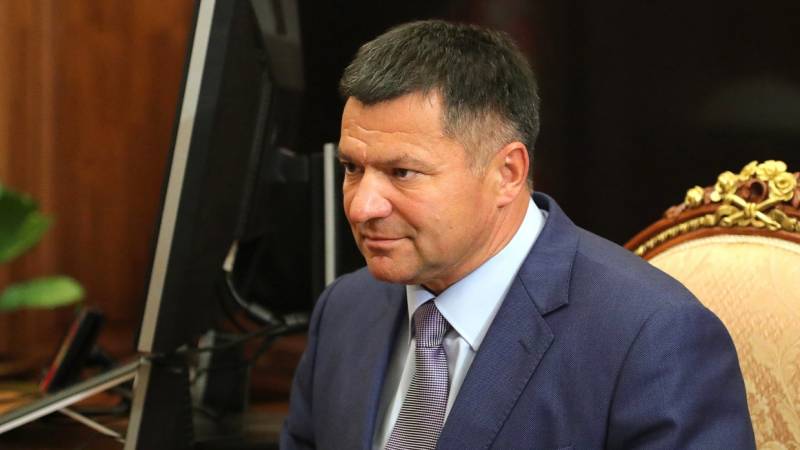 The first comments have already appeared, in which the voting of the Primorye is called purely protest. And this is definitely the case. Still, this is not all that we need to know for a deeper understanding of the situation.

I must admit that the choice of Andrei Tarasenko was initially not very successful. Yes, he is a sailor, in the past he is the commander of a nuclear submarine, which implies some connection with such a maritime region as Primorye. And in this sense, the choice of Kremlin political technologists was quite justified. But the problem is that the candidate from the ruling party was in principle not very prepared for such a serious leadership position, and this began to manifest itself quite soon.

The fact that Andrei Tarasenko is very far from the hopes and aspirations of Primorye residents became clear in February, when he took the initiative to tighten control over the collection of pine nuts, respectively, toughening and punishing. All this was accompanied by the usual rhetoric about the protection of nature, the conservation of taiga and the salvation of biodiversity. But this did not prevent the officials from deploying parallel work on leasing plots of taiga to various companies, and it became immediately clear to any adequate person: the administration also wants to feed on pine nuts.

Probably, we will not go into the problem of collecting pine nuts in Primorye - there really isn’t everything going smoothly and something needs serious attention. But let's leave it to the experts. We need to understand that residents of dozens of villages and villages in the Primorsky Territory are waiting for the cedar season as one of the rare opportunities to earn some living money. And this area has so far been decriminalized - collecting a cedar cone, a person did not feel himself a poacher or a criminal. The lumps often went to the field with the whole family (with the exception of old and small), and in the harvest year this taiga harvest could really provide people for the months ahead.

An attempt on this fishery immediately made Tarasenko a stranger in the eyes of tens of thousands of Primorye residents. And in the following months, nothing happened that would somehow convince the inhabitants of the seaside backslide to the contrary.

The election campaign of the Kremlin's favorite was rather mediocre. Pumping up voters through the local media, to which literally everyone was hooked, including local “people's artists”, was, in general, quite ordinary and expected. But he himself. the governor also didn’t have much inventiveness, he’d told 600 about the billions of investments his team had found for the Nakhodka agglomeration, then he’d tell how they would fight coal dust in this port city (usually the struggle was reduced to the fact that I had double-glazed windows and forbidden to carry coal on trucks by day, but at night, when this was not so obvious, dump trucks lined up from the coal warehouses to the berths non-stop).

Well, the most egregious case of lies was an advertisement for the second round of elections, where, on behalf of Tarasenko, the seaside pensioners were promised to double the pension. It should be noted that on the very first day of posting this ad on social networks, real hell broke out in the comments to it - the Primorye people were not shy in expressions and didn’t get into their pockets. But in the end, the comments were simply turned off, and the brazen lies continued to be distributed.

I hope that what has been said above will slightly clarify the situation with what the candidate of authority is. He himself had a hand in his current difficult situation, and probably, it’s still not worthwhile to throw everything into the protest of the Primorye people against the increase in pensions. Had the “elites” more suitable, not such a gray, faceless, uninteresting candidate, the elections in Primorye would hardly have become such a blatant challenge for the authorities.

However, the strength of the protest component of the vote should not be underestimated either.

It so happened that it was during the preparation for the second round of elections in Primorye that the Eastern Economic Forum was held. Andrei Tarasenko, although he was not his main star, was present at the events of the forum regularly and did not forget to demonstrate his closeness to the “top”. It is said that he was even congratulated on his victory - he was so ahead of Ischenko after the first round and the second round seemed like a mere formality.

But it was this economic chatter, or rather, the pseudo-economic verbiage, which was probably the last straw that overwhelmed the patience of the residents of Vladivostok and the surrounding area. Primoryans had to hear a little more than other Russians to hear about the government’s success, about the right road, along which we are heading towards a bright future, about loyalty to the approaches to pension reform, and about many other things that are equally encouraging and inspiring. As a result, the candidate of power, promptly unzipping the WEF, scored such a number of votes that the legitimacy of his election will always be questionable for the Primorye ...

The fact that the voting of the coastal voters was very much protesting is confirmed by the fact that Andrei Tarasenko practically did not improve his performance in comparison with the first round. That is, even then he chose the maximum number of votes on which the “party of power” and its representative could count. In the second round, those who first voted for other candidates went to the polls with a clear position: for anyone, but not for Tarasenko!

Separately, it should be noted that Andriy Ishchenko is not at all some sort of political giant at the local level. Common entrepreneur, sympathizing with the Communists. A sort of “Grudinin in Primorye”, but instead of strawberries - the construction business. He was not very well known before these elections, he was not remembered by any outstanding election campaign, rhetorical beauties and political technological findings.

The usual, completely ordinary candidate. And this allows us to draw the following conclusion: voting for Ischenko, Primorye voted for the Communist Party of the Russian Federation. For the Communist Party and against the "United Russia", if it is absolutely accurate. You can relate to this as you please, but if you face the truth, the authorities have something to think about after these elections.