16 September 2018
85
On Saturday, the American strategic drone RQ-4B Global Hawk, after completing a mission in the sky of Donbass, conducted a multi-hour reconnaissance flight off the coast of Crimea and the Krasnodar Territory, reports Interfax. 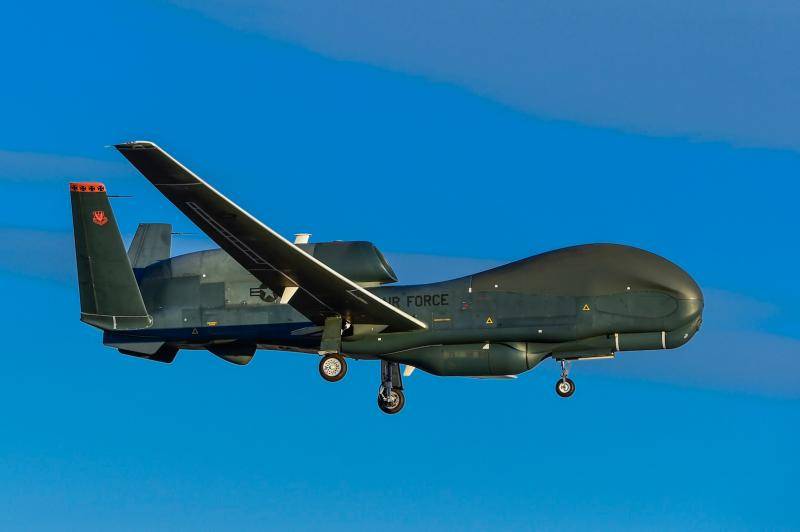 According to the agency, Global Hawk entered the space over the Black Sea from the Nikolaev region in 13: 25. For eight hours he cruised along the coast of the Crimean peninsula and the Krasnodar Territory up to the city of Sochi. At times, the UAV approached the Russian territory at a distance of about 40 kilometers.

At the same time, the American anti-submarine aircraft P-8A Poseidon was recorded south of Crimea. It also cruised along the Russian shores for several hours.

According to the report, Global Hawk has risen from the Sigonella base, located on the island of Sicily (Italy). The route of his flight passed over the territory of Greece, Bulgaria and Romania. The equipment installed on the drone, capable of conducting reconnaissance to a depth of more than 200 km on the territory of a potential enemy.

Meanwhile, the People’s Police of the LNR reported two violations of the “school” truce during the day.

According to the press service of the department, the Ukrainian security forces twice fired at positions of LC units in the area of ​​Sokolniki and Lozovoe settlements from 82-mm mortars, grenade launchers, DMP and small weapons. The servicemen of the Luhansk Republic did not return fire.

Recall the so-called "school" truce by agreement of the conflicting parties was announced on August 29. As a result, this truce turned into another, fourth, failed attempt to establish peace in the region since the beginning of the year.