The manufacturer spoke about the modernization of the Ka-52

14 September 2018
30
“Russian Helicopters” are working on upgrading the Ka-52 “Alligator” attack helicopters, reports TASS message of the press service of the holding. 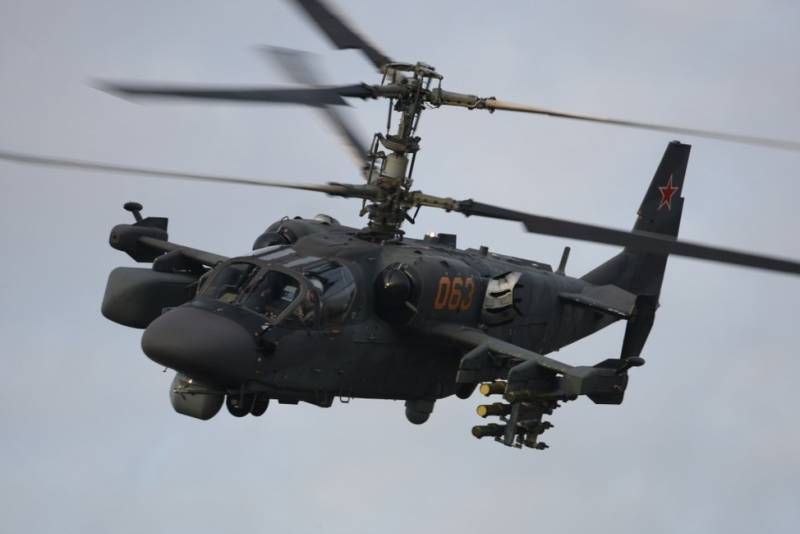 Like all other helicopters produced by the association, the Ka-52 have a large modernization potential, the press service noted.

According to the holding, the current work is aimed at increasing the range of use of weapons, as well as to unify it with other types of attack helicopters of Russian production. What kind of weapons in question, the company did not specify.

In addition, during the modernization, the KA-52 will be equipped with “the latest radio-electronic equipment” and on-board defense complexes, the press service added.

Currently, the Alligators are armed with the Whirl-1 missiles of the Whirl-M anti-tank complex with a maximum range of 10 km. Last year, these missiles from the Mi-28H and Ka-52 were successfully used in Syria against military equipment of terrorist groups.

Earlier, the media reported that the Ka-52 along with other helicopters in the future will be armed with the Hermes-A missile system with a target range already up to 20 kilometers. According to open source data, the complex’s rocket is a two-stage bicalyber supersonic guided missile. As experts noted, the minus of such an installation is a large rocket weight. Ammunition weighs more than 90 kg, while ATVM “Whirlwind” - in 2 times lighter.