Sofa troops on the exercises "East-2018"

17 September 2018
56
In Russia, at Vostok-18, strategic exercises (SU) are held at 2 land, air and sea training grounds, over most of the country’s territory, in 1 military districts (BBO and CVO) and 2018 USS “Sever”. Their scale is compared with the West-81 operational-strategic exercises, and it’s not quite right, because the strategic exercises occupy a much larger area and are three times as many in the total number of participants (if we take the official number of West-81 participants as truth, but this should not be done) or 1,5-2 times. In the "East" involved more than 300 thousand Russian, Chinese and Mongolian military personnel, more than 1100 aircraft (aircraft, helicopters, UAVs), more than 36 thousand units tanks, armored vehicles, artillery (of which more than 1,5 thousand tanks), 300 ships, submarines, boats and auxiliary vessels. 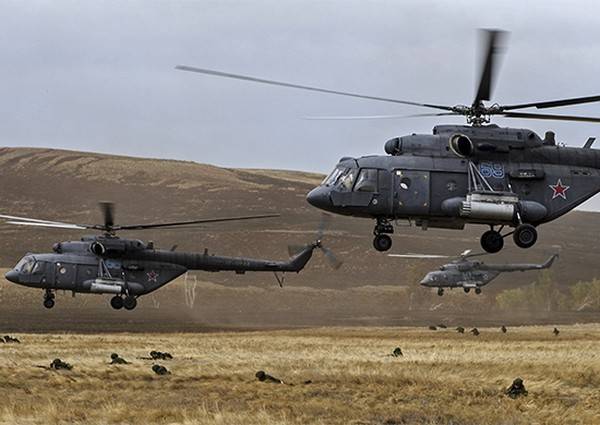 SU “Vostok” is unprecedented in scale and in comparison with the majority of Soviet large-scale exercises, even bloc ones, and in comparison with the previous ones, 2014 (2014, thousand people, 155, thousand units of armored vehicles and equipment) participated in “East-8”. weapons, 632 aircraft and 84 ship, submarine and boat or vessel). And 2010, thousands of people, 20 units of equipment, 2500 aircraft and 70 ships, boats, etc. took part in the Vostok-30 exercise. Besides, this time decent contingents of our Chinese and Mongolian friends and allies participate in our internal SS. . Moreover, the Chinese not only sent a reinforced mixed brigade, but also the headquarters of an army group, which is much more important - after all, the interaction of headquarters at this level of maneuvers to work out is invaluable. Moreover, it is stated that the Chinese will continue to participate in our events, and our troops in China. Apart from, of course, the joint SCO exercises.

The action is ambitious, the goals are set in a big way, and even a demonstration episode shown to the Supreme Commander and invited delegations and military attaches on the Tsugol training ground is no less than very large exercises of the Russian Armed Forces or NATO coalition exercises - more than 30 thousand participants, hundreds of pieces of equipment, more 250 aircraft. I was also impressed by the final parade after this most epic episode. We will not talk about the course of the teachings and ideas, it is still too early to draw conclusions. We will talk about perception.

If we talk about the show and the parade and frames from the ostentatious episode of maneuvers and the reaction to them on the Internet, then, in addition to enthusiastic (not always also adequate) and positive reviews, you can find that there is a fairly large group of viewer-commentators who are dissatisfied with everything in a row. We’ll immediately take into account that among the grumbling of these discontented, hysterical screeching is heard perfectly from the neighboring territory on which the Ukrainian SSR was once located - you can understand these, they are simply scared. When for 4 years “you have successfully restrained the entire Russian army” (although in reality everything that the APU met with is a small number of battalion tactical groups with a lot of artillery and without aviationbut they could not oppose anything to the “vacationers” - and they cannot, repeat it again) - and suddenly you suddenly see what it really is. And they are also envious, because, having 5 districts of the second strategic echelon of the USSR Armed Forces and everything that is supposed to be them, over 25 years of independence, they successfully razurasheni everyone to such a state that the problem is with spare parts, and with shells of many kinds, and with grenades and cartridges - and we pulled our army out of the pit into which we ourselves drove into the "saints" of the 90s. But the rest are our mournful alarmists, scanty, domestic, from under their native aspens and from their native sofas.

And yet they are wrong. Like, a lot of old technology. The T-72AV tanks even made out the T-62M — badly, they say, this is rearmament, since this old stuff returned to the army, which they had recently disposed of, during the times of Serdyukov and Makarov (which the same individuals were throwing mud at even worse, although partly for what). Obviously, T-XNUMHAB belong to combat training groups in the battalions of brigades, regiments in divisions participating in maneuvers. There and T-72 sample 72 g. ("Ural") are also found, as in the district training centers. And the T-1973M tanks were re-deployed at the CBRT — the central reserve bases of the technology, shortly before the beginning of the active phase of the Vostok, because for about a month now there are 62 exercises under a single design that are related to these strategic exercises. 16 of thousands of participants were the exercises of the material and technical support forces, one of the tasks of which was the re-entry and the transfer to the formation of large volumes of equipment, including these tanks. It is very likely that some of Shilka, which flashed in the frames of ZSU-36-23, also came from the TsRT, and many more. On this technique mobilized reservists are planted in the vernacular "partisans". By the way, the newly established permanent reserve should be used at these exercises, but so far no information has been received on this topic yet. And no one will put reservists on equipment with which they are unfamiliar.

Moreover, what seems to someone to be "old" is not necessarily so completely. So, SAU "Gvozdika", "Acacia", "Hyacinth-C" and "Malka", participating in these exercises, are mostly equipped with ASUNO, and this makes them quite adequate weapons.

But there was enough T-72B of the 1985 model and later - the 1989 model, and T-72BA and modernized T-72БХNNUMX mod. 3 and T-2011B72-UBH model 3 g. In general, there is a lot of modern technology on maneuvers. This AAMS S2016 and C-400PM300 and C-2V300 and SAM "Buk-M4" and "Buk-M3" SAM "Tor-M2" and "Thor M2U" ZRPK "Carapace-S2". And the 2C2М19 self-propelled guns, often incorrectly called "Msta-SM" and BMD-2M, and light airborne assault amphibious tanks, called the Sprut-SD self-propelled anti-tank guns 4C2. And Iskander-M missile systems. And, too, is full of new cars in the air - the Ka-25, Mi-52AMTSH, Su-8S and Su-35SM bombers Su-30, etc. Alternatively, the modernized Su-34SM / SM25 bombers Su-2M "Hephaestus" and. Tu-24M22 also upgraded and more. But alarmists in the “patriot” togas do not care. Like the abundance of UAVs in exercises and in general in the military - now our army possesses the second largest unmanned aircraft fleet in the world, and more recently it was inferior to many European collapsed armies in terms of this indicator, and even more so in the modernity of this park. The equipment of the soldiers in the “Warrior” kits is also not noticed, with the modern communication means “Azart”, the best body armor in the world (3B6 and 43B6 are such in the class of army bulletproof vests). But they will notice if some, say, artillerymen or servicemen of anti-aircraft missile forces of the air defense or military air defense on their heads turn out to be the Soviet US-45 or the upgraded US-6M instead of the 47B6М7 helmet. That is, those who, by and large, do not care what to cover the head.

At the same time, these same people set the example of the Chinese comrades, they say, this is the one who has the latest equipment and equipment. Obviously, this is some kind of disease - chicken blindness, apparently. The fact that the Chinese comrades, along with their new, but very dubious quality, models of equipment (no offense, but the Chinese tank ZTZ-99, which participates in the "East" can not be attributed to the masterpieces of tank building, if not worse). such as the non-modernized clone of the BMP-1 (they went to the modernized car on the “Suvorov onslaught”) were also brought — they did not notice. As well as the fact that the Chinese army traditionally does without body armor. Because body armor for the whole army, even if the fragmentation is fragile. A bulletproof, from automatic and rifle bullets - much more expensive.

In addition, speaking of the "old", we must note that the BBO and, to a lesser extent, the Central Military District still do not belong to the priority in terms of rearmament and "creeping mobilization", when divisions are created on the basis of a number of brigades, resulting in the saturation of troops with heavy equipment in particular, artillery and tanks, is growing. In general, new technology began to come in BBO only a few years ago. And it is clear why - the People's Republic of China and Mongolia can be considered among our good friends and allies, these borders are peaceful, just as the DPRK’s aggression is not to be feared. Supporters of conspiracy-psychiatric theories about China, who are asleep and see the seizure of Siberia and their death under thousands of tactical nuclear munitions - pass by and do not miss a sedative and consultation schedule with your doctor. But in the west of the country we have a whole bunch of "friends" and "partners" for whom the sword quaver is needed, including from heavy compounds, and the equipment there is needed more up-to-date.

And the most unpleasant thing is that exactly the same as from couch superpatriots suffering for the unfortunate Fatherland, only more delusional maxims will surely flow in a muddy stream in the Western press, about “naphthalene tanks and planes”, “straining demonstration of outdated power” and other nonsense. We, having read these "revelations" later on InoSMI, just laugh. And in this way they will hide their fear already, putting the saving noodles to the philistine on their ears. And he will believe - they continue to believe in the crazy “foolish” about Skripale and a couple of “GRU agents” from the fitness center. But you, gentlemen, comrades, couch superpatriots from different sites, publics, forums and blogs, have you turned out to be an opponent, as if you were practically no longer conditional, but quite real?