Money up front! Denmark is ready to put three minesweepers to Ukraine

13 September 2018
34
The Ukrainian Navy will soon be replenished with Danish minesweepers. The Danish government has approved the sale to Ukraine for 102 million euros of three 450-ton multifunctional boats of the type Flyvefisken (Standard Flex 300 project) in the form of anti-mine ships. These boats withdrawn from the Danish Navy in the 2010-2012 years and are in a sludge on the Danish naval base Korsor, reports bmpd blog with reference to diana_mihailova. 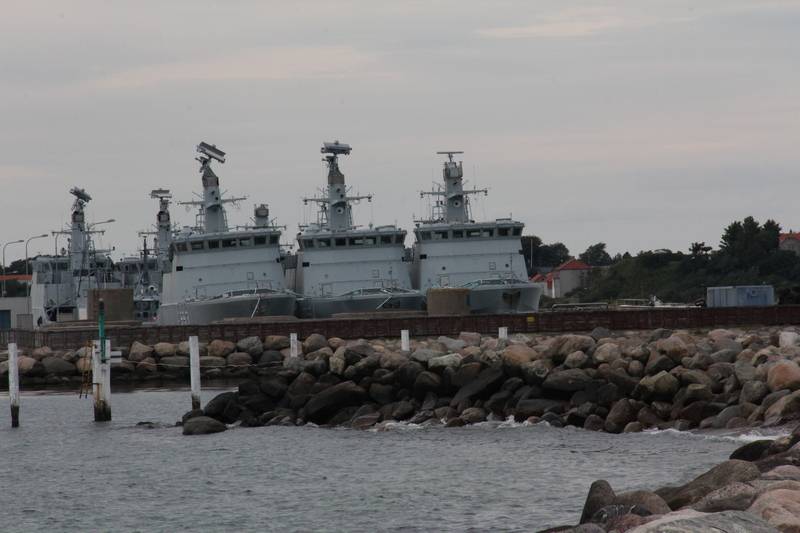 Flyvefisken type boats on conservation in the Danish naval base Korsor

It was the sale of three boats with mine equipment to Ukraine that was approved by the Danish government back in 2017, when the commander of the Ukrainian Navy, Vice Admiral Igor Voronchenko, announced, within the framework of the concept of restoring the naval fleet Ukraine, the country will develop the potential of mine defense. According to him, the Ukrainian Navy really needs minesweepers, as "the fleet suffered irreparable losses after the annexation of Crimea by Russia."

Perhaps Ukrainian politicians dreamed that Denmark would simply give them decommissioned boats, but apparently in Europe they also love money and the number did not pass. Denmark agreed to give the boat, but for a lump sum. So it remains only to pay and three "almost new" boats will be part of the Ukrainian Navy, but ...