Readiness of the Su-30CM for combat with US tactical aviation: a critical miscalculation or a verified step by the Defense Ministry? 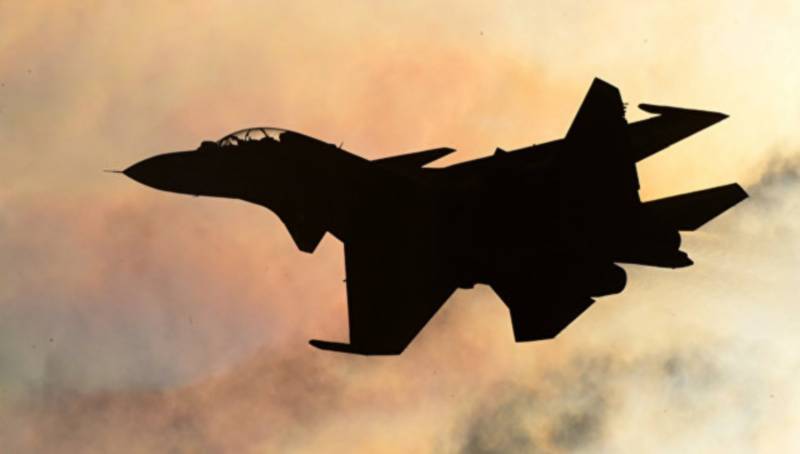 For hundreds of thousands of patriotic Russian observers news and military-analytical resources, especially "Voennoye Obozreniye", the past summer turned into a period of real torture for the nervous system caused by the unexpected destruction of castles in the air with respect to the early acquisition of operational combat readiness by the first squadrons of promising aviation complexes of the 5th generation Su-57 with the subsequent launch of their large-scale production, as well as tank brigades and regiments of the advanced main battle tanks T-14 Armata. An unprecedented resonance mixed with a stream of angry emotions among bloggers and commentators was caused by statements by the First Deputy Chairman of the State Duma Committee on Economic Policy and Innovative Development Sergey Gutenev and the government curator of the defense industry complex of Russia Yuri Borisov, in which senior officials noted that the launch of full-fledged production lines based on KnAAZ / KnAAPO and Uralvagonzavod, as well as building from scratch service lines for servicing serial products of these types (PAK FA and Armata) will hit the Russian treasury quite hard, not to mention the funds needed to produce several hundred units of similar equipment .

Naturally, such a state of affairs could not lead to the full agreement of experts and observers who are aware of technical issues, from the point of view of Gutenev and Borisov, especially when the price of Su-35С alone passes for 50 million dollars, approaching the value of the PAK FA. The latter clearly surpasses Su-35С both by the capabilities of the Н036 BRLS (azimuthal viewing area in 270 degrees versus 120 degrees in the Х035 "Irbis-E"), and by the minimum effective dispersion surface in 0,3 — 0,4 square. m., so that the F-22A “Raptor” pilots will be able to detect the Su-57 at a distance of just 150 — 170 km (Su-35C: 300 — 350 km), without taking into account the Raptor passive multi-element radio-intelligence complex — AN / ALR-94, effective only when working with enemy radio-emitting targets.

Later, the degree of dissatisfaction slightly decreased due to the statement by the deputy head of the defense department of the Russian Federation, Alexei Krivoruchko, who, at a speech at the International Military-Technical Forum “Army-2018” held in Kubinka, announced a contract for the supply of the Russian Army 132 MBT T-14 and BMP T-15 to “Armata” platform, which is quite enough for a decent strengthening of several tank-dangerous areas in European theaters at once, for example, due to the reinforcement by these machines of tank brigades and regiments already equipped with T-90A MBT. But here, again, this is not about any new contract, but about the deal between the Ministry of Defense and Uralvagonzavod, already concluded at the end of 2015, for the delivery of an experimental-military batch of vehicles to the ground forces of the Russian Federation. So nothing new was said. According to Su-57, the situation remains at the same level: in the next one or two years, operational combat readiness will be acquired by an experienced military squadron from 12 multifunctional aviation complexes, which, if the conflict escalates, can “make the weather” only in one air direction of a European theater.

Nevertheless, despite the outstanding qualities of this radar, the Ministry of Defense, as well as the command and control of the VCS and Russian Navy, continue to lean towards the purchase of Su-4CM two-generation multi-role fighters of the 30 ++ generation. While the combat units of the naval aviation of the Russian Navy and the VKS received at least the X-NUMX of the Su-104CM fighter (a general order may amount to more than 30 — 150 machines), the number of the X-NUMX units that came into service of the VCS is only 160 units. with a general order for 35 machines (in accordance with two contracts). Initially it may seem that the emphasis on the Su-71CM is another thoughtless decision of our defense department, dictated by its lower price in 98 — 30 million dollars, because Su-40CM has a lot of disadvantages compared to Su-45С.

Firstly, it is the presence of 2 “Bars” onboard H011 radar, which is weaker in terms of the range, the average power of which is 3,3 times less than that of the Irbis (1,5 vs. 5 kW), and the power of the continuous illumination mode - 2 times (1 vs. 2 kW): due to this, the target detection range with the 0,07 EPR square meter. m (low-profile fighter F-22A) is only 70 km, and the usual generation fighter "4 ++" "Rafal" - 135 km. Secondly, this is the absence of an optical-electronic complex for detecting attacking 101X Atoll spaced apertures intended for direction finding of approaching missiles and air combat missiles, as well as for issuing their angular coordinates to the MFIs of pilots. Thirdly, this is a lower speed on 18% (2125 km / h versus 2500 km / h), which, with full suspension, allows you to accelerate only to 1750 — 1800 km / h (far from the best indicator if you need to intercept a goal on follow-up courses ).

But if you take another careful look at the operational and tactical realities related to European theaters, as well as other tactical and technical qualities of the Su-30CM, then this choice of MO, VC and Navy can be called a technically and economically verified solution. And there are several reasons for this.

First of all, this is the zone of operating the units and squadrons of the Su-30SM naval aviation and the VKS, which will be located mainly in the range of radio stations-exchange of tactical information about the air situation located on the A-50U aircraft. These terminals operate in decameter, meter and decimeter wavelengths (in the frequency range from 2 to 1215 MHz) and allow you to support with tactical aviation pilots both voice communication at frequencies from 30 to 400 MHz and exchange of tactical data at frequencies from 0,96 to 1,215 GHz over a secure network-centric radio channel. Therefore, the absence of such a powerful onboard RLC on board the Su-30CM will be more than compensated for by receiving target designation from A-50U, which will detect targets at a distance of 150 — 200 km (applied to Raptor) and 400 — 450 km (applied to Raphaul Or F-16C), and then transfer their coordinates to the pilot and operator Su-30CM.

In the foreseeable future, these tasks will be assigned to the prospective A-100 “Premier” airborne radar, which is currently being prepared for state tests by the specialists of the Taganrog Aviation Scientific-Technical Complex named after Beriev. Thanks to this, the Su-30SM will be able to conduct long-range combat even with the disabled radio-frequency radar (using missiles with active radar missiles RVV-SD), which will be an excellent help in concealing its presence in a certain part of the airspace. Also, radar information can be obtained by the crew of the Su-30CM from a similar ground terminal NKVS-27; In this case, the source of targeting can be ground-based radar complexes of the types "Gamma-С1", "Opponent-GE", "Sky-M", etc. Moreover, the crew of several Su-30CMs will be able to receive radar information from Su-35C, equipped with the C-108 multi-range communications complex. Such a “network-centric bundle” will significantly increase the combat capabilities of an IAP even without the help of A-50U or A-100. 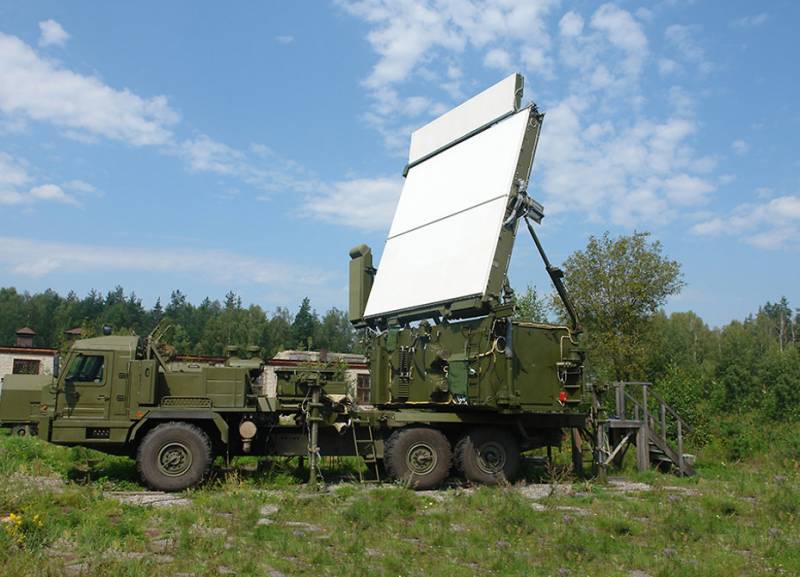 The Gamma-С1 surveillance radar complex is one of the few radars in its class that operates in the centimeter range, providing consumers with information on the air situation at the highest resolution

Secondly, if it is impossible to defeat the enemy in DVB and middle-range battles, in order to win the “dog dump” with the “Raptor” or the highly maneuverable F / A-18E / F “Super Hornet”, our Su-30CM has a complete set "Buns" available in the arsenal of the Su-35C. These are two dual-turbojet afterburner engines of the AL-41FP with total weight in 25600 kgf, with a normal take-off weight in 24000 kg, thrust-efficiency in 1,07 kgf / kg is ensured, which, given the aerodynamic quality coefficient in 11,2 units, the wing load in 387,1 kg / kg. The availability of a full-range deflection thrust system with an angular velocity of 15 deg / s allows the machine to perform unsteady turns with an angular velocity of more than 45 deg / s, performing the most complex figures “Cobra Pugachev” and “Chakra Frolova”.

This is quite enough to achieve superiority over both the Super Hornet and the Raptor; the matter remains only with the OLS-30 optical-electronic aiming and navigation complex, RVV-MD super-maneuverable short-range missiles or the GSh-30-1 aircraft gun. Moreover, the presence of systems (operator-navigator) in the crew of the operator significantly increases the combat capabilities of the machine due to the distribution of tasks and reduced crew fatigue. The latest pleasant news was information from the specialists of the Ufa Engine-Building Production Association (UEC-UMPO), who, in the material for the Aircraft Builder of the Year contest, announced the launch of work on the Su-30СМ remotorization for more high-torque engines AL-41Ф-1С, which implement the thrust-weight ratio in 1,2 kgf / kg, which means that one of the most common double dryers in the Russian Aerospace Forces and naval aviation will be able to dominate most NATO fighters even without the use of an afterburner; Naturally, we expect an increase in speed and acceleration qualities of combat vehicles.