Ships of the near future. Black Sea Fleet in 2019 year

13 September 2018
24
A few months remain before the start of 2019, but the naval command fleet and the shipbuilding industry have already drawn up basic plans for this period. It is known that industry intends to complete the construction and testing of a number of ships and vessels, which will then replenish the composition of all the main fleets of the Russian Navy. In particular, it is already known how exactly the surface forces of the Black Sea Fleet will change. Some of the new military units for them are still under construction, while others have already been tested.


Current plans for the development of the Black Sea Fleet include the construction of a significant number of new ships and supply vessels of various classes and types. At the same time, it is planned to develop a surface fleet. Not so long ago, Black Sea sailors received a series of six diesel-electric submarines of the 636.3 Varshavyanka project, which now makes it possible to concentrate efforts on ships of other classes. 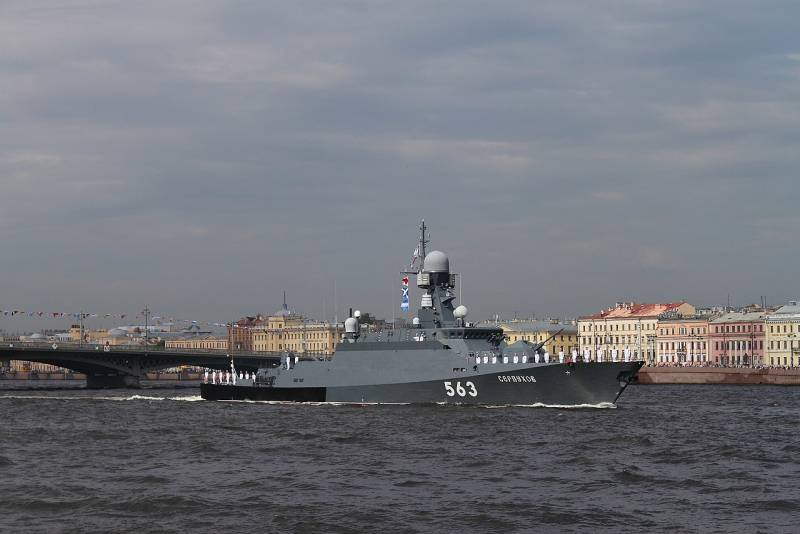 It should be noted that the delivery of ships in the next 2019 year is the result of active work of the industry over the past few years. The execution of some orders in the interests of the Black Sea Fleet began in the middle of the decade and, due to the complexity, takes some time. At the same time, some combat units can be built with a very high rate and in a short time to transfer to the customer.

The largest acquisition of the Black Sea Fleet in 2019 will be the next two small missile ships of the 21631 project Buyan-M. This year, the plant them. Gorky (Zelenodolsk) was launched by the Ingkhetia MRK, which was built from the 2013 year. The following months will be spent on the completion and testing of the ship. Its transfer to the fleet is scheduled for the next year, although more precise dates have not yet been given. With a favorable set of circumstances in 2019, the next "Buyan-M", bearing the name "Grayvoron" can transfer to the fleet.

The most important novelty for the Black Sea Fleet will be the small rocket ship Storm, which is being built according to the 22800 Karakurt project. It was laid in May 2016 of the year and is still in the workshop of the “More” plant in Feodosiya, but in the near future a launch should take place. After the necessary tests, the ship will enter the fleet combat. The flag will be raised by the end of 2019. 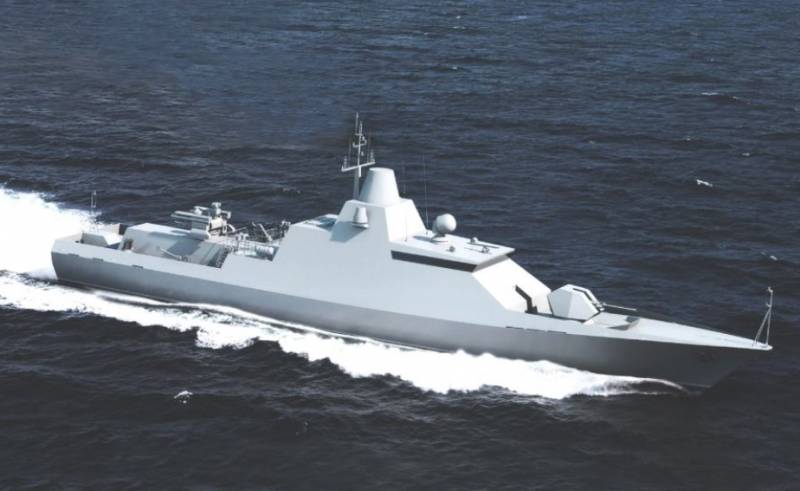 Recently, some details of the future service of new ISCs have become known. Combat units such as "Buyan-M" and "Karakurt" will be part of the 41-th Guards Brigade of the Black Sea Fleet missile ships. The fleet is already preparing for the adoption of ships and carries out the necessary work. In particular, the training of crews, which in the near future will begin operation of the RTOs, has been completed.

Having received two new small rocket ships, the Black Sea Fleet will noticeably increase its strike potential. The ships of the 21631 and 22800 projects are equipped with universal vertical launchers with eight cells for ammunition. They are capable of carrying Onyx and Caliber missiles, suitable for solving a wide range of tasks at long ranges.

A series of six patrol ships (corvettes) of the 22160 project is being built especially for the Black Sea Fleet. The main construction work carried out Zelenodolsk plant them. Gorky. Then the ships in a partially finished state are transferred to the shipyard “Zaliv” in Kerch, where they are finalized. The first two ships have already been launched and transferred to Kerch. The head has so far entered the state tests. It is expected that the first representative of the series - "Vasily Bykov" - will begin service this year. The second ship of the project under the name "Dmitry Rogachev", according to various sources, will be included in the fleet in 2018 or 2019 year. However, in 2019, only one such corvette can be delivered. The following ships will transfer to the fleet only after the 2020 year. 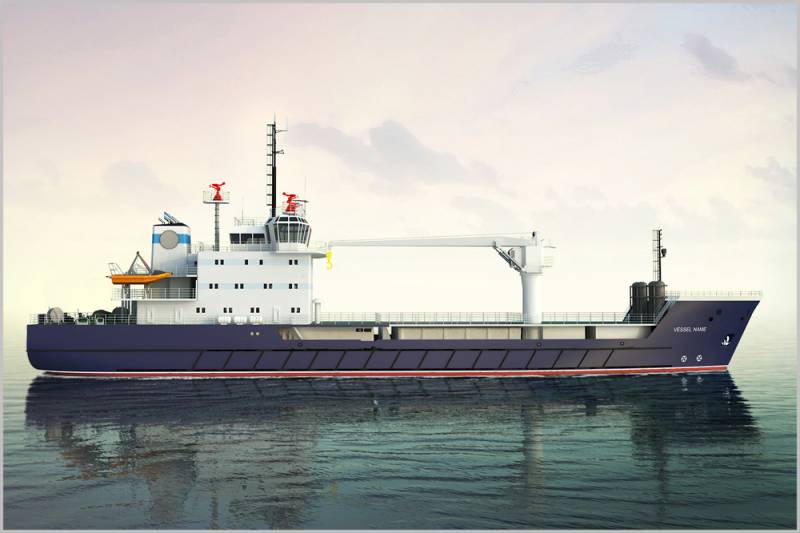 Not so long ago it became known about the upcoming replenishment of the mine-trawling forces of the Black Sea Fleet. Not later than the autumn of next year, the base minesweeper Georgy Kurbatov of the 12700 Alexandrite project will be commissioned. It should be noted that several more such ships are being built in parallel, and another one is scheduled for the 2019 year, but it is intended for the Pacific Fleet. The next minesweeper Alexandrite for the Black Sea Fleet will enter service only in 2020. All minesweepers of the 12700 project should be built by the Sredne-Nevsky Shipbuilding Plant (St. Petersburg), possessing the necessary technologies.

The submarine forces of the Black Sea Fleet several years ago underwent a major modernization, due to which their combat potential significantly increased. At the same time, the construction of new submarines for the Black Sea Fleet was suspended in favor of other projects. In this regard, in the coming years, including the next 2019, the fleet will not receive a single submarine ship. Little of. It is planned to reduce the number of submarines. After completion of repairs in 2018 or 2019, the Alrosa diesel-electric submarine will be transferred to the Baltic Fleet.

In 2016, at the Vympel shipyard in Rybinsk, the construction of two sea transport armaments of the 20360М Dubnyak project began. The lead ship, named Gennady Dmitriev, according to the contract of the Ministry of Defense, will have to be tested and become part of the Black Sea Fleet next year. The second transport of this type is still on the stocks and should begin service a year later; It is intended for the Baltic Fleet.

No later than the start of 2019, two medium sea tankers of the 23130 Longvink project will be handed over to the Black Sea Fleet. The construction of these vessels is carried out by the Kerch factory "Zaliv". 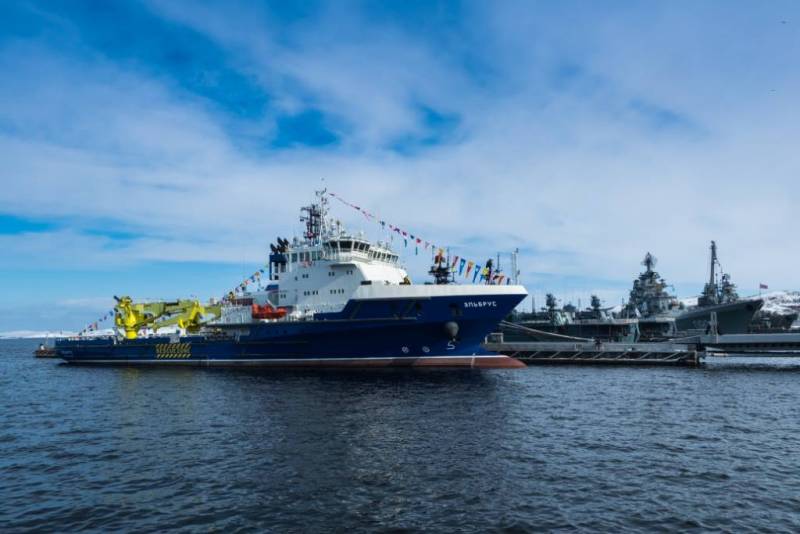 Sea tug project 23120. Photo of the Ministry of Defense of the Russian Federation / mil.ru

With the help of several domestic enterprises in different regions, construction of small sea tankers of the 03182 project is being carried out. In particular, a pair of such vessels was ordered for the Black Sea Fleet. The contract in the interests of the latter is carried out by the Volga plant (Nizhny Novgorod). Construction started in 2016 year and should be completed soon. On 2019, the year is scheduled for the delivery of the first of two tankers named Vice Admiral Parom. The tanker "Vasily Nikitin" will start service a year later.

In 2016, the Yantar shipyard (Kaliningrad) hosted the re-installation of the oceanographic research vessel "Evgeny Gorigledzhan", built under the 02670 project. A special vessel for the Main Directorate of Deep-Water Research remains for the time being on land, but its launch is expected in the near future. In the absence of serious difficulties, the vessel will be able to go to service until the end of next year.

In 2016, the Zaliv shipyard started the construction of a series of five small hydrographic vessels of the 19910 project. According to known data, several such vessels have already been laid and are at different stages of construction. In the recent past, it was indicated that in 2019, one or two vessels of this type would be handed over to the Black Sea Fleet. In addition, the transfer of the 19910 hydrographic vessels to other fleets is scheduled for the next year. 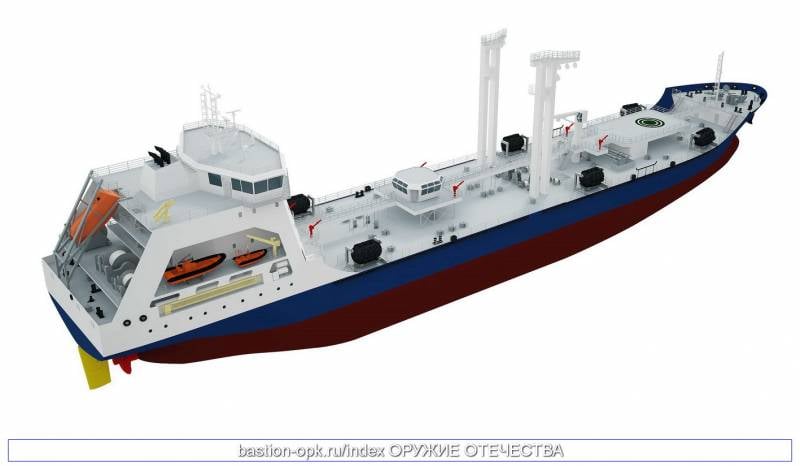 In 2013, the Severnaya Verf enterprise (St. Petersburg) began construction of the first serial sea tugboat of the 23120 project. Later this vessel was named MB-75 "Vsevolod Bobrov". In November 2016, the tug was launched for completion and testing. Due to certain problems with the head tug of the same project, construction of the MB-75 was noticeably delayed. A few months ago, the management of Severnaya Verf mentioned that the transfer of the tug to the customer would take place in the next 2019 year.

In general, the coming 2019 year does not look like an outstanding period in terms of the construction and modernization of the Black Sea Fleet. However, without such “mediocre” periods, during which no upsurges of production are observed, the construction of the fleet is simply impossible. To maintain the overall potential and combat capability at the required level, it is necessary to constantly and systematically build new ships, boats and vessels of all necessary classes. This allows you to solve tasks, and in addition, optimizes the load on the shipbuilding industry.

However, and not the most outstanding year in terms of the delivery of ships 2019 should have a significant impact on the state of the Black Sea Fleet. According to known data, next year this operational-strategic alliance will receive two or three small rocket ships built according to two modern projects, one patrol ship / corvette of the 22160 project and one basic minesweeper of the 12700 type Alexandrite. 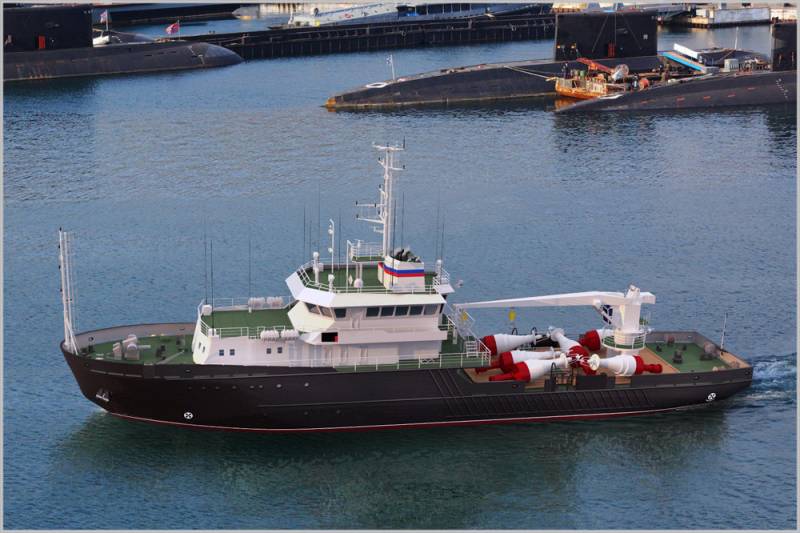 A noticeable update awaits grouping of support vessels. The appearance of the Gennady Dmitriev sea transport of armaments, two medium tankers of the 23130 type, two small tankers of the 03182 project and a new tug of the 23120 project are expected. Naval researchers will need to receive one research vessel from the 02670 project and up to two hydrographic vessels “19910”.

So, next year, the Black Sea Fleet will be replenished with four or five warships, as well as nine ships of different classes. Delivery of submarines and boats for the next year, as far as is known, is not planned. In total, 2019-13 units for various purposes will come into service in the year of 14.

According to known data, the Black Sea Fleet currently includes about 80 ships, boats and submarines. The grouping of support vessels includes more than 50 units. According to the results of the shipbuilders' work, next year the group of warships will increase by about 6%, and the growth of the auxiliary fleet will exceed 15%. In general, these are not the most outstanding figures, but they also provide the desired fleet renewal. In addition, it must be remembered that in some cases it is not so much about the number of ships, but rather about the quality and their capabilities.

The Black Sea Fleet of the Russian Navy solves the tasks of protecting the south-western borders of the country from possible attacks of a potential enemy. In addition, he represents Russian interests in the nearest regions of the planet. All this leads to the need to maintain combat capability at a high level, and one of the main ways to solve this problem is the construction of new ships and vessels. The well-known plans of command for the next year show that the development of the Black Sea Fleet continues, albeit without speeding up. This means that one of the key elements of the defense in the south-west direction will be to maintain and improve its capabilities.