12 September 2018
33
Today, all world attention is focused on the Far East, because now there are the largest military exercises of Russia, 1980 2018 since 300, now. Over the week, the huge XNUMX-thousandth Russian military contingent, together with colleagues from China and Mongolia, will have to cope with many combat missions, which will require a high level of cooperation and professionalism from them. However, everyone, especially the West, is concerned about the question: what is the sacred meaning of these maneuvers? 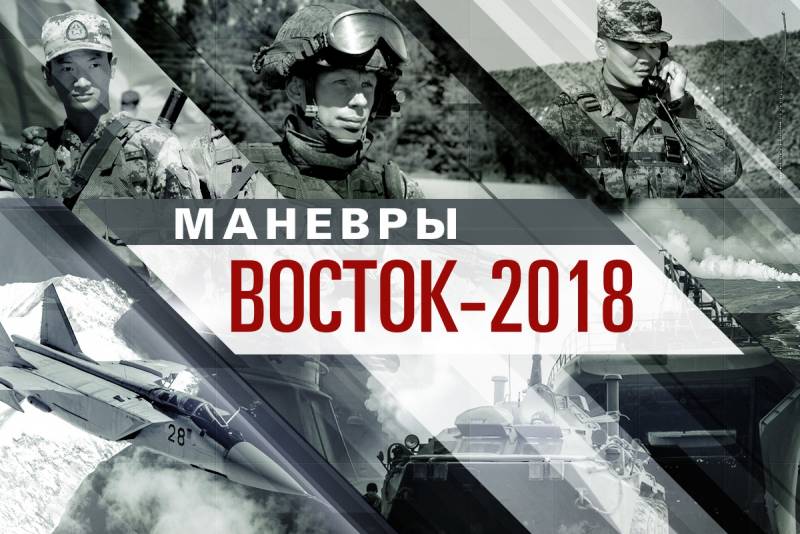 According to Western countries, “Vostok-2018” is an act of aggression against the entire civilized world, which can be concluded based on the statements of the political and expert echelon of Westerners-Russophobes. For example, the representative of the North Atlantic alliance in Russia, Dylan White, stated the following:

"Russia has demonstrated its readiness to use military force against its neighbors, for example, Ukraine and Georgia."

He is echoed by Marius Laurinavicius, Senior Analyst at the Vilnius Institute for Political Analysis:

“Everything that happens in Russia clearly shows that Russia is preparing for war with the West. Not to a hybrid, but to an open "real" war, using tanks and rockets. "

And all is the same - the hotbed of universal evil is sitting in Russia, which means that the West urgently needs to take measures to counter this “threat”, which fits harmoniously with their anti-Russian doctrine, which Western countries have been following for a decade. At the same time, everyone somehow tries not to focus attention on the activities of the North Atlantic alliance, which simply splashes an aggressive attitude towards the Russian Federation. To get started, just look at the graph of the number of exercises to understand the true goals of NATO: 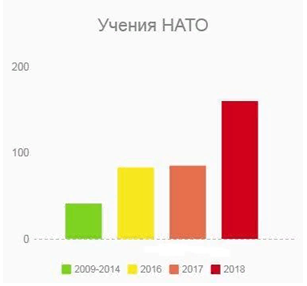 In the first half of 2018 alone, NATO conducted 80 military maneuvers of various levels in the first half of the year, despite the fact that for the entire 2017 year they spent exactly the same amount. Tellingly, the lion's share of them passed right along the Russian borders. Why are only the exercises "See Breeze" in the Black Sea at the end of July! And through all the maneuvers of the North Atlantic Alliance, one red thread passes - Russia acts permanently as a conditional enemy, and Russian armament is used as models of enemy equipment. Without a hint of aggression, right?

Against this background, Vostok-2018 looks like a standard of pacifism. This is understandable both for the tasks set, the main of which is to increase cooperation between the forces of the partner countries, and according to the official representatives of the Russian government, who have repeatedly stated that Russia does not pose a threat to other countries, on the contrary, is always ready to discuss joint development contacts in various fields.

According to the Deputy Chairman of the State Duma Committee on Defense, Yury Shvytkin, the Vostok-2018 exercises are defensive in nature, just like any other maneuver. In addition, they are given such a level of openness and compliance with international standards that it is simply not necessary to talk about any inadequate goals of these exercises.