CAA moves shock reinforcement to the north of Aleppo province

11 September 2018
24
For several weeks now, an operation has been underway in the provinces of Aleppo, Ham and Idlib to destroy the last stronghold of militants on Syrian soil. Military aircraft of the Russian Aerospace Forces every day deliver pinpoint strikes against the ground targets of radical Islamists in Idlib. According to the Syrian news agency Muraselon, the General Staff of the Syrian Arab Army (CAA) has deployed significant reinforcements to the north of the province of Aleppo, blocking a potential corridor to Islamists who could break through to Idlib. 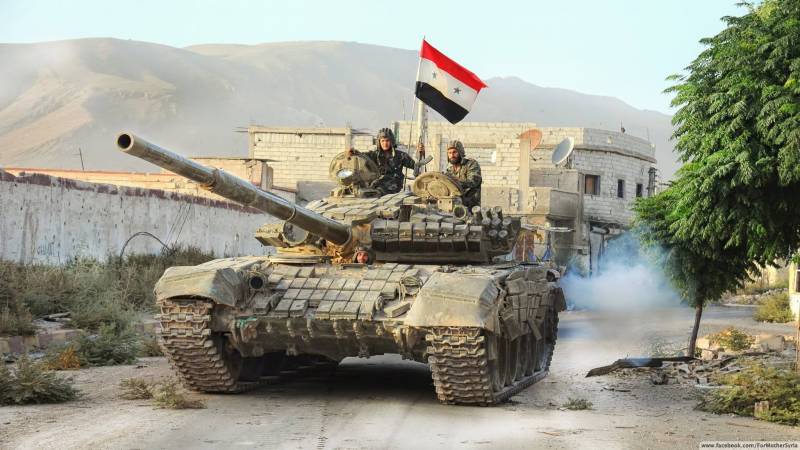 According to the latest data, in the north of Aleppo, up to thirty thousand radical Islamists remain in battle formation. Over time, many of them are likely to volunteer weapon servicemen of the Center for Reconciliation of the Warring Parties and will return to their peaceful activities before the war. However, it remains possible that some of these terrorists will attempt to break into Idlib under the banner of Abu Muhammad al-Djulani, while the living leader of the Djabhat al-Nusra terrorist group *.

The CAA reinforcement should block the potential corridor of militant breakthrough between the Syrian cities of Afrin and Tell-Rifaat. It is on this route that the Islamists can go on the attack with a gang of Julian, who called on all militants for a new jihad "against the Russian-Syrian state."

However, after such a maneuver to transfer additional units of the pro-government coalition, the Islamists have no chance to go to Idlib through these settlements. Breakthrough with the fight for the militants is not an option, as they will suffer heavy losses. They will have to either look for a workaround, or completely abandon this operation. Moreover, now all members of illegal gangs have an excellent chance to stay alive, voluntarily lay down their arms and transfer all the ammunition to the Reconciliation Center of the belligerents.

Should we expect such actions? The question is really good. But, as practice has shown, radical Islamists, who do not withstand the onslaught of the Syrian army and Russian aces, surrender without a fight.

* Organization is prohibited on the territory of the Russian Federation.