11 September 2018
58
The most large-scale military exercises since the USSR started in Russia. We are talking about the "Vostok-2018" maneuvers, in which about 300 thousand troops will take part in total, including contingents from foreign countries (China, Mongolia).


From the report of the Department of Information of the Defense Ministry of the Russian Federation:
In total, about 300 thousand Russian troops, more than 1 thousand airplanes, helicopters and unmanned aerial vehicles, up to 36 thousand were involved in maneuvers. tanks, armored personnel carriers and other vehicles, up to 80 ships and support vessels. 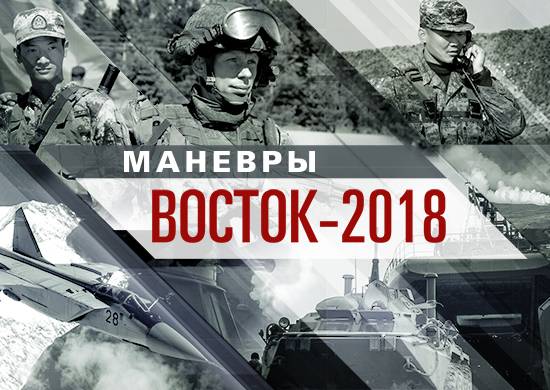 The exercises involved military command bodies of two Russian military districts at once. This is the Central and Eastern District. In addition, the work of the Northern fleet Russian Navy, Airborne Forces, Long-Range and Military Transport aviation.

In the course of the exercise, the commanders of the units and formations will work out the practice of command in conditions as close as possible to the combat ones.

The direct leader of the exercise is Russian Defense Minister Sergei Shoigu.

The maneuvers, the scale of which has already been compared with the scale of a full-fledged military operation since the Great Patriotic War, are held in the eastern part of the country, including the waters of the Far East.

To complete the exercise "Vostok-2018" is planned 17 September. The department especially emphasizes that the military attaches of foreign countries were warned about the maneuvers.