US media: Russia will have its own "Suez Canal"

10 September 2018
66
In the American edition The Washington Post An article appeared that Russia can get a huge advantage from the processes associated with global warming. In particular, we are talking about reducing the thickness of the ice in the Northern Sea Route. 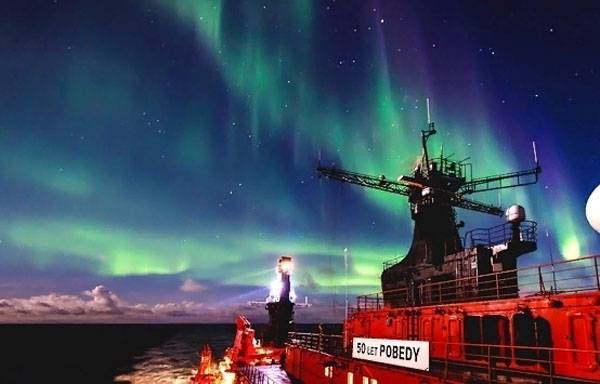 The authors of the material in the American newspaper (William Bouf and Ami Ferris-Rothman) use the expression "North Suez Canal", referring to the ability of the Northern Sea Route to a sharp increase in freight traffic.

It is noted that if today the main traffic in the northern latitudes is possible only in the summer months, then due to the “global warming”, the movement of ships (even without icebreaking assistance) may become a reality at other times of the year.

The submission notes that using the Northern Sea Route will make it significantly cheaper (even at the rate of delivery time) to transport goods by sea between Europe and Asia.

From the article:
This can be a boon for Russia.

Apparently, the very fact that Russia can economically benefit from global warming (although not all scientists are confident that the trend towards warming will not change) in the West is already causing an ambiguous reaction. In the light of recent events, a force will surely reveal itself that will try to prevent Russia from actively exploiting the NSR. Therefore, it can be stated that an increase in the military presence of the Russian Federation in the Arctic looks justified.