8 September 2018
12
When visiting the Iranian city of Shiraz, one of the points of my cultural program was the Military Museum of the named city, located in the palace building in the beautiful Afif-Abad garden. Not far from the entrance, in the courtyard in a decent place, I saw a gun, as it seemed to me, of the XIX century. Like an old gunner, I headed straight for her. Of course, I drew attention to the breech of the gun, where, to my delight, I saw the inscription in Russian: "St. Petersburg", and then - in Farsi and Russian:


“The gun was presented to the representative of the Persian court at the conclusion of peace in the throne of the throne, Abbas Mirz, from the Russian Emperor Nicholas I, to the sign of friendship.”

Unfortunately, there is no explanatory plate near the gun, and a pointer is placed under it that has nothing to do with the gun. None of the Iranians reads the Farsi inscription, since the cannon rests on its breech in a beautiful flower bed, and it’s uncomfortable to approach it from the back: I myself slightly squeezed this flower bed, making the pictures presented here. Therefore, the Iranians, with pleasure taking pictures next to the cannon, do not understand the historical significance of this exhibit, which, in fact, has become historical a symbol of military-technical cooperation between Russia and Iran, taking place to be in our time. This is also relevant in connection with the current political situation in the Near and Middle East, when our countries act as allies in the fight against international terrorism and in opposing US aggression.

Later I learned that several samples of the same casting cannons are stored in the Saadabad Military Museum (the residence of the Persians, and from 1935 of the city - the Iranian shahs). I didn’t see them with my own eyes, because the museum was closed to visitors on the day I visited Saadabad. In Shiraz, there is only one such gun.

Every Russian who is in Shiraz! Bring there our compatriot. She's lonely there ... 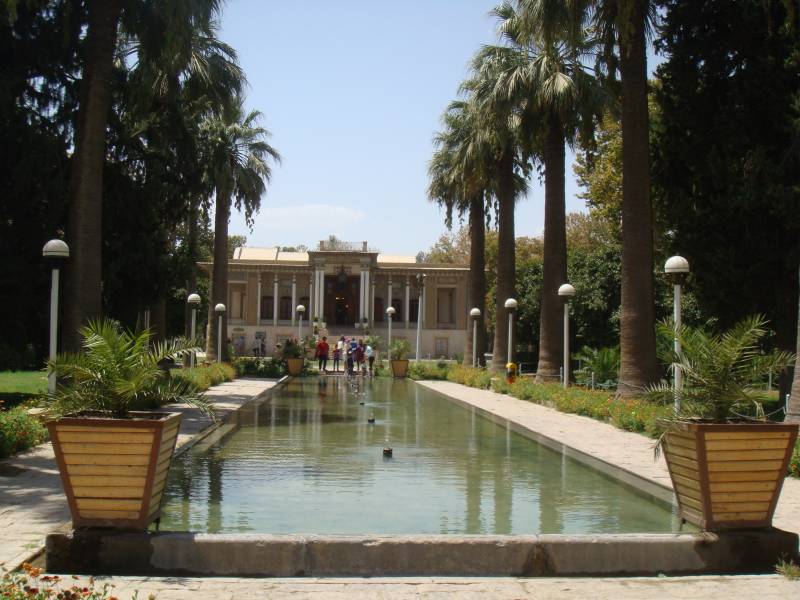 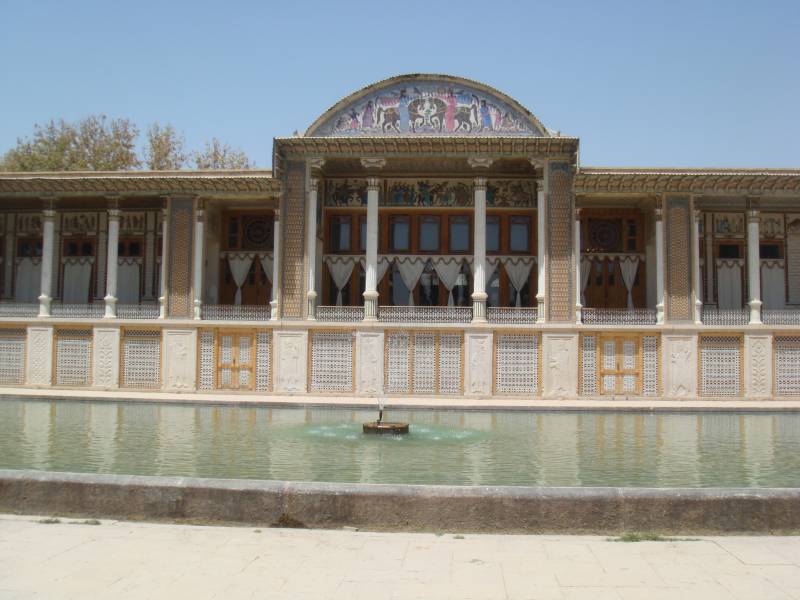 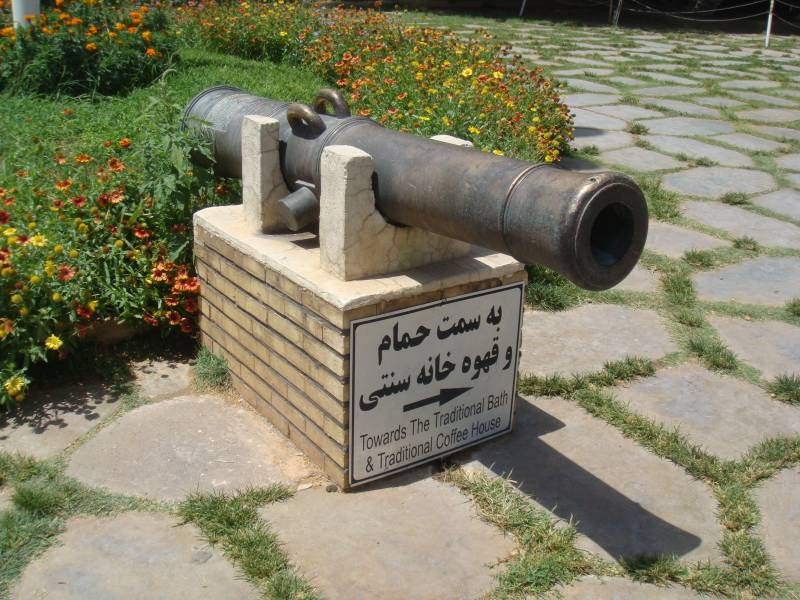 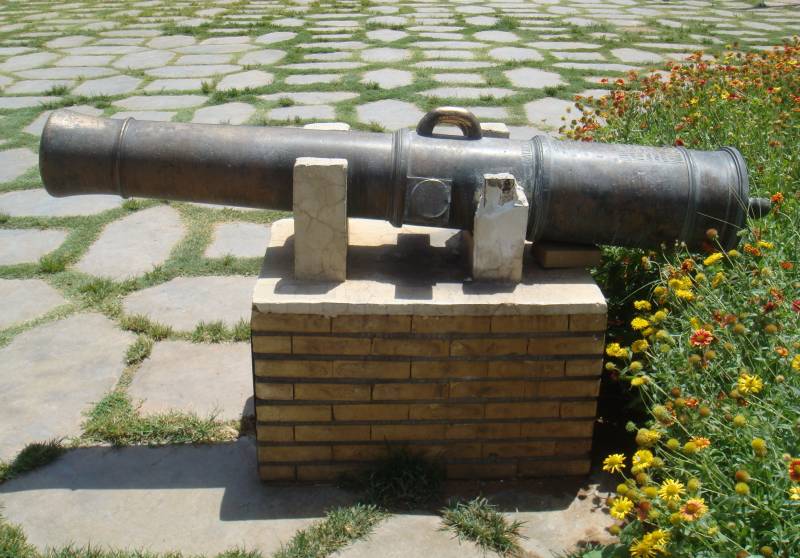 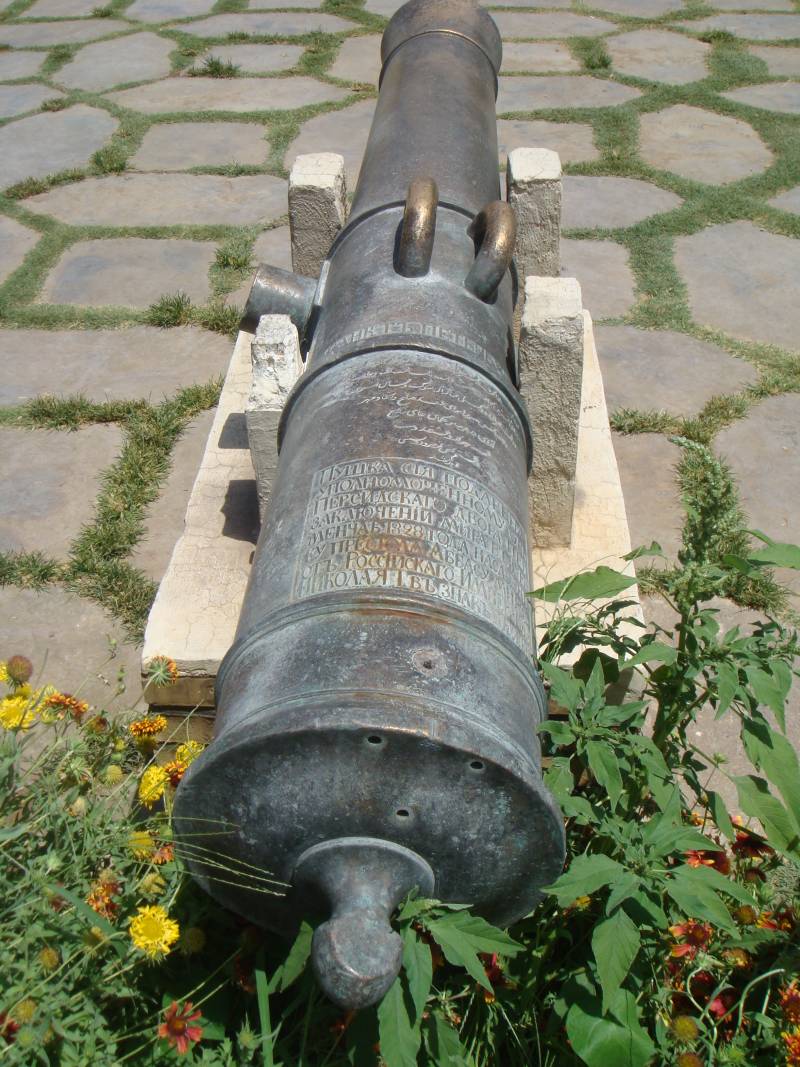 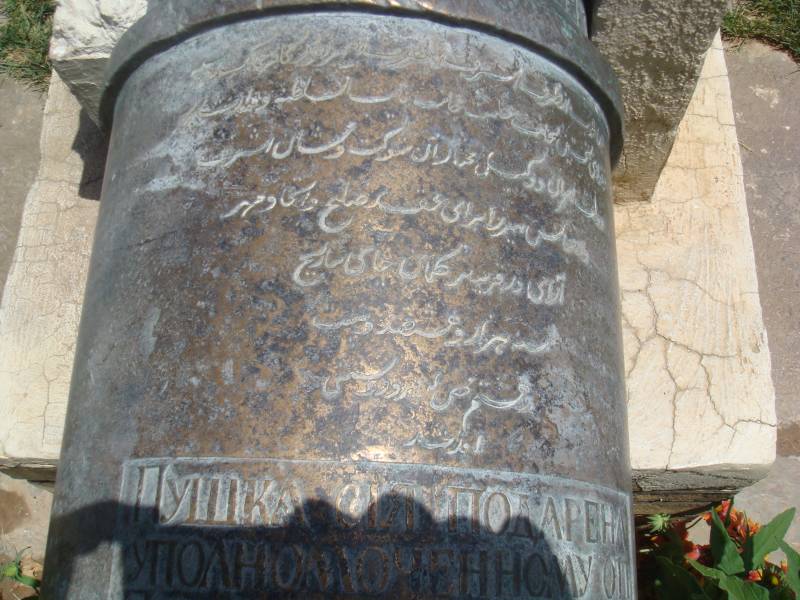 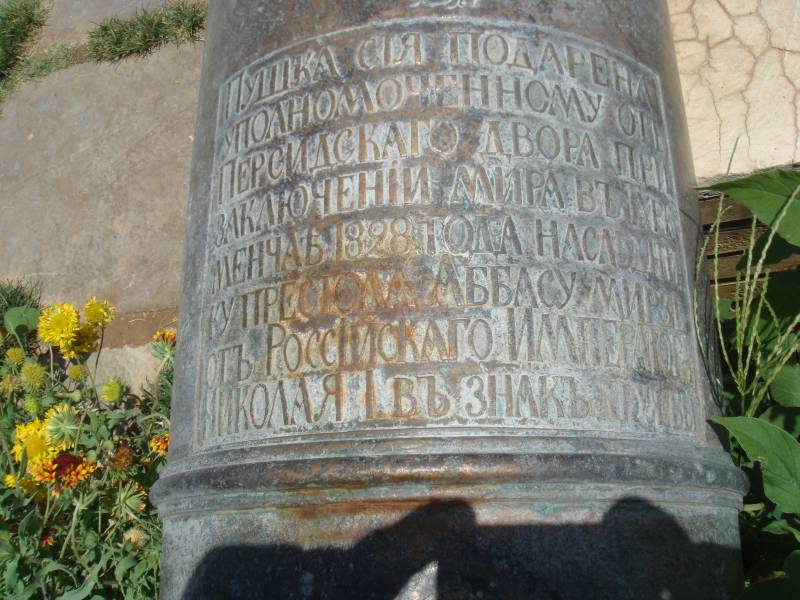 Author:
Pavel Gusterin
Articles from this series:
The rapprochement of Russia and Persia in the XIX century (according to materials of the RGVIA and the pre-Soviet publications)