New European diplomacy does not depend on the will of the United States? Can not be!

7 September 2018
8
On Wednesday, at its official scheduled meeting, the preparatory body of the Council of the European Union, the Committee of Permanent Representatives of the European Union (Coperer), approved the previously agreed decision to extend sanctions against Russia for another six months. These sanctions were imposed in 2014 year after the annexation of the Crimea to Russia. Since then, they have been extended every six months, sometimes supplemented. So, in July, the “black list” of the EU was replenished with six more companies. Reached the turn of the organizations building the Crimean bridge. Now there are 44 Russian companies and 154 individuals (news agencies reported that the Committee excluded from the sanctions list the head of the DPR, Alexander Zakharchenko, who died as a result of the terrorist attack). 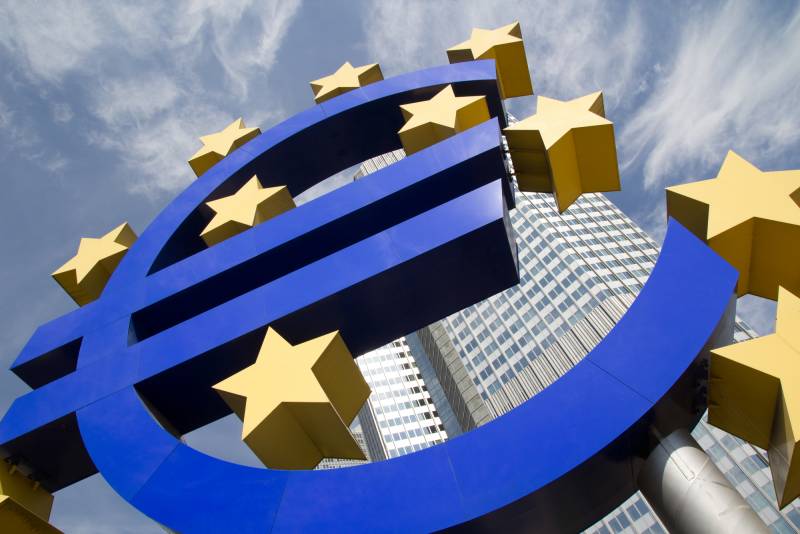 How staggered, but resisted European consensus

For entry into force, the Council of the EU will soon approve the decision of the CEPPER, after which it will be entered into the Official Journal of the European Union. There will be no surprises here. Experts regard the upcoming action as a routine protocol formality. The fact is that a stable consensus has developed in Europe with regard to sanctions against Russia.

How it was formed can be seen in the example of Italian Prime Minister Giuseppe Conte. When he came to power in the spring, Conte said that his "government will come out for revising anti-Russian sanctions that are hitting the economy and civil law." This thesis the Italian leader adhered to exactly before his trip to Washington.

After talking with American President Donald Trump Conte, I saw the light and realized that “it’s unthinkable to cancel these sanctions overnight,” because they are “directly related to the implementation of the Minsk agreements.” So he said at the final press conference.

True, in order to save his political face, the Italian leader again confirmed his readiness for dialogue with Russia. "We believe that Russia plays a fundamental role in all international geopolitical crises ... Russia cannot be outside the dialogue." However, this statement has not deceived anyone. It became clear: Giuseppe Conte will not go against sanctions.

Similar mimicry overcame not only the new Italian prime minister. Dissatisfied with the tough stance of US President Trump, suddenly emboldened and began talking about their independence and self-sufficiency other European politicians. French President Emmanuel Macron and German Foreign Minister Heiko Maas particularly shone in this topic.

Maas, having climbed into the chair of the German foreign minister, was marked by an extremely aggressive stance towards Russia. He criticized Moscow (at times not embarrassed by expressions) much more than its predecessors Steinmeier and Gabriel. “We openly declare disagreements and expect constructive solutions from Moscow,” the head of the German Foreign Ministry was excited.

The change in the policy of the Russian government Maas did not wait and concentrated on the American direction. Fortunately, Donald Trump gave more and more reasons for this, introducing sanctions now against his longtime allies. Maas reacted to this very creatively.

He publicly dreamed about the independence of the European Union, proposed to strengthen the “European autonomy”, create independent payment channels from the USA - the European banking system Swift and the European Monetary Fund. "We can not rely on Washington, as before," - Maas recorded his position with an article in the newspaper of German business circles Handelsblatt.

Offering to reconsider Germany’s foreign policy strategy towards the United States, Heiko Maas immediately turned to 180 degrees and unexpectedly expressed the idea of ​​“balanced cooperation with Russia” to many. Attentive observers attributed this reversal to the criticism of the minister by his party members - the Social Democrats, who were dissatisfied with the intensified confrontation with Moscow.

Frivolous experts hit the conspiracy of a possible union of Europe and Russia against America. This nonsense was fueled by the throwing of another European politician - French President Emmanuel Macron. After an extremely gentle reception at the White House Macron, without appreciating the hospitality of the American president, he struck at Trump's criticism.

Overseas partner (or - patron?) Went for fees for goods from the EU, migration policy, for withdrawing from the agreement on Iran. The result of this criticism was an extremely tough and “terrible” telephone conversation between Donald Trump and Emmanuel Macron. As reported with reference to its sources, CNN, "Trump could not control himself."

As in the case of the German minister, the French president began to seek his support in the Russian open spaces. From the mouth of the Macron, flattering words for Moscow sounded. Though with reservations, he expressed a desire to improve relations between the countries, and then he spoke out “for a complete revision of relations with Russia after the Cold War.”

The crown of this rhetoric was the statement of Emmanuel Macron after his meeting in Helsinki with the President of Finland Sauli Niinistö that “the EU countries should build a new security architecture on the continent together with Russia”. After such an unexpected news The conspiracy experts were completely stupefied - the cards lay down exactly as they had already predicted.

They were afraid of their own courage

However, hurried. Emmanuel Macron did not survive his unforgivable courage. Just a couple of days someone strongly broke off the French leader. Already on Sunday's interview with the Swedish television channel SVT, he said something quite different. According to Macron, “the Russian leader, Vladimir Putin, is dreaming of destroying the European Union,” and in general “Russia cannot be a model for the Swedes.”

Adjusted his position and the German minister. Heiko Maas made it more elegantly - in a special statement commemorating US Senator John McCain. “He (McCain. - Approx.) Spoke for America, which is a reliable and close partner,” Maas again made a political pirouet. “America, which by the right of the strong assumes responsibility for others and even in difficult moments, keeps its values ​​and principles - and on this basis it justifies its leadership.”

History he is silent, who advised famous European politicians to reformat their views so sharply. Was this another “terrible” telephone conversation or were the partners just gently straightened the emboldened allies. However, it touched not only their throwing between Washington and Moscow.

The first one to be practically injured was Iran, a nuclear deal with which was so vehemently defended by both Germany and France. On Tuesday, the newspaper Süddeutsche Zeitung, and with it the NDR and WDR TV channels, reported that the operation to send an 300 million euro in cash from Tehran-owned Iranian European-Iranian trading bank to Tehran failed.

Inquiring for such a large amount, Tehran explained: these funds are needed in order to provide Iranian citizens with the opportunity to use credit cards during trips abroad. (Now this option is difficult because of the American sanctions.) The Federal Office of the Federal Republic of Germany for the Supervision of the Financial Sector was satisfied with this argument.

Against this financial operation sharply made the United States. The Americans convinced German partners that Tehran needed cash to finance terrorist activities and to pay the Iranian military to the war in Syria on the side of Bashar Assad. In Berlin, they did not argue with the Americans. They accepted the arguments and left Iranian money in Germany. Once again, confirming its uninterrupted dependence on the will of Washington.

In Russia, Europeans reacted calmly to political throwings. Moscow understands that the sovereignty of the European Union is the prospect of a non-short future. On Thursday, on the sidelines of the Moscow Financial Forum, the head of the Ministry of Economic Development Maxim Oreshkin told reporters that the updated macro forecast to 2024 included maintaining the current level of sanctions against the Russian Federation. Russia does not believe in rapid changes in Europe, which, however, once again confirmed the apparent inconsistency of the most enterprising European politicians.