National identity as a screen for the promotion of radical ideology

7 September 2018
36
The Republic of Crimea and the city of Sevastopol remain at the top of the list of Russian regions by the number of extremist crimes. According to law enforcement, a significant part of criminal cases on extremism accounted for representatives associated with the Majlis of the Crimean Tatar people and affiliated organizations. 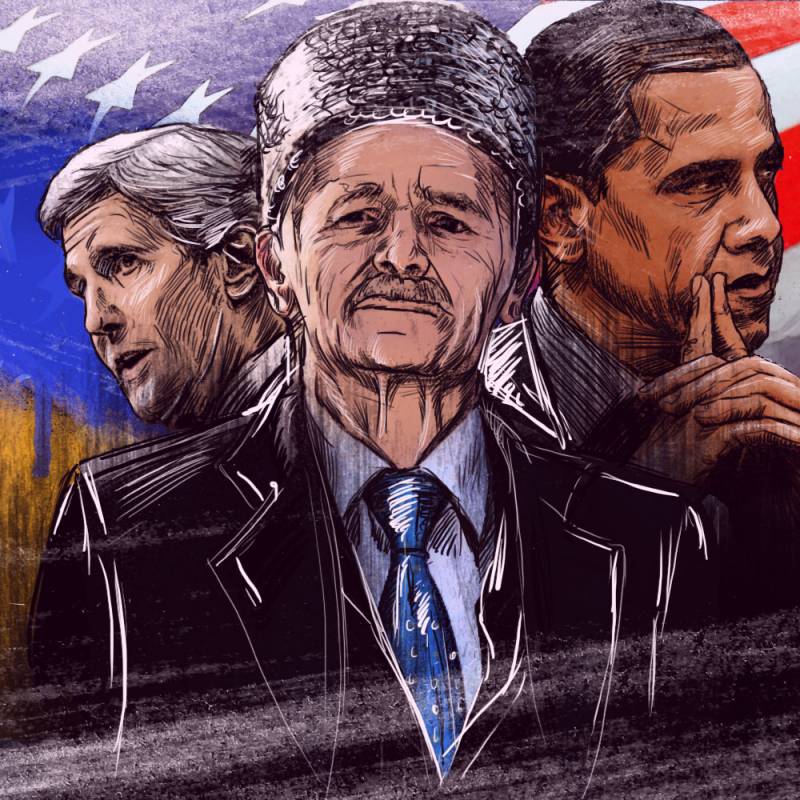 Recall that September 5 celebrated the 51 anniversary of the decree that announced an amnesty to the Crimean Tatars. As is known, in the 1944 year (after the liberation of the Crimea from the Nazi invaders. - Comm. Ed.) Citizens of Tatar nationality living on the peninsula were deported for active cooperation with the Nazi occupiers. Despite the fact that numerous facts of collaboration among the Crimean Tatars took place, it cannot be argued that the entire Tatar population of Crimea showed loyalty to the Nazi criminals.

Obviously, the decision on mass deportation was made by the authorities, taking into account wartime and the first post-war years, when the state needed to minimize the risks of the growth of Nazi ideology. The example of “forest brothers” in the Baltics and aspiring OUN in Ukraine testifies that the authorities had more than enough reasons to reinsure themselves.

After 23, the authorities lifted restrictions on the Crimean Tatars, prohibiting living on the peninsula (decree on amnesty for 1967).

After the entry of the Republic of Crimea and the city of Sevastopol into Russia, the new leadership of the peninsula declared its readiness to cooperate with representatives of the Majlis of the Crimean Tatars, but there was no constructive dialogue. A few months later, the leaders of the Majlis Mustafa Dzhemilev and Refat Chubarov for the incitement of separatist sentiments and ethnic hatred were banned from visiting the peninsula, and their organization in 2016 was included in the list of extremist communities.

Anyway, the activists expelled from the Crimea continue their subversive activities, supporting their most radical supporters in Russia.

Note that since 2014, on charges of spreading extremist ideology, inciting ethnic hatred, membership and involvement in the activities of terrorist (Hizb ut-Tahrir al-Islami) and extremist (Jamaat Tabligh) organizations were detained around Crimean Tatar’s 40. The Majlis, which is banned in Russia, does not agree with the charges, stating that the detained radicals were victims of political persecution. For example, one of the latest scandals was the accusation of the Russian special services in the illegal arrest of Marlen Mustafayev, who was detained for distributing extremist materials.

Often, the theme of national identity, which, as conceived by provocateurs, should consolidate representatives of the entire ethnic group against Moscow, is pedaled as the main argument in defense of the “prisoners of conscience”. As evidence, provocateurs actively remind about the difficult relations of the majority of the Crimean Tatars with the Soviet authorities and project them onto the current leadership, as well as use the religious issue.

Returning to the decree of 1967 of the year, amnesty the Crimean Tatars with the wording of the unfounded accusations of betrayal of the entire Crimean Tatar population, we note that even now it is impossible to measure everyone with a common yardstick.

So, among those people who chose the path of reunification with Russia for the peninsula in 2014, there were quite a few Crimean Tatars who, despite the pressure exerted on them, took part in a referendum. In fact, the country is dealing with a very limited list of persons undermining its security, and thanks to the effective work of the special services, the number of people promoting a radical ideology on the peninsula is steadily declining.

Other figures show that the ideology violating the Russian constitution ceases to produce the “necessary” results. As noted by State Duma deputy Ruslan Balbek, the Crimean Tatars living in Ukraine began to massively move to the Crimea. “The Crimean Tatar community of the Kherson region makes a choice in favor of peaceful life and begins a mass migration to the Crimean peninsula. These people are asking the Russian authorities to grant them a residence permit for legal stay in the Crimea, which they no longer want to consider Ukrainian, ”the parliamentarian said.