Kiev will repair the Turkish Mi-17. Croatian MiGs have already been "repaired"

6 September 2018
53
Ukraine won the Turkish tender for the repair and modernization of the Turkish Mi-17 helicopters, the Military Parity reports, citing the press service of the Ministry of Internal Affairs of Ukraine. 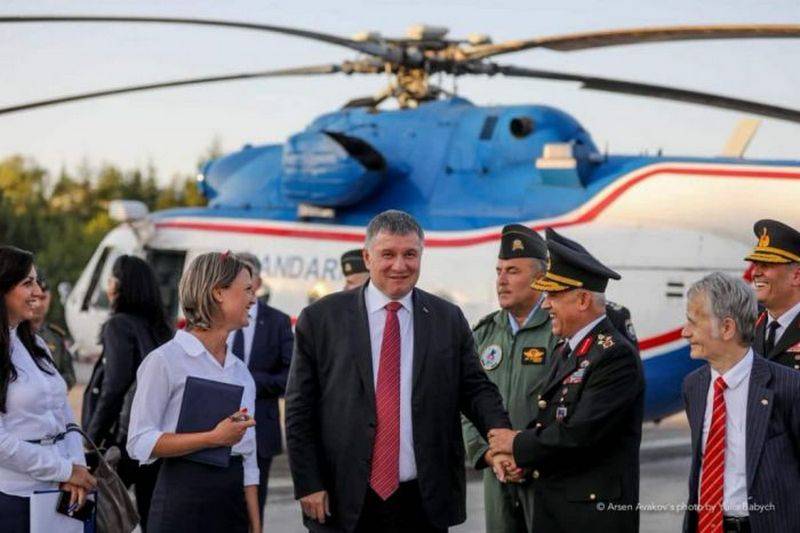 According to the press service of the Ukrainian Ministry of Internal Affairs, the Turkish gendarmerie’s 17 Mi-17 helicopters will be repaired and upgraded in cooperation with the state-owned enterprise Konotop Aviakon Aircraft Repair Plant and Motor Sich aircraft engine manufacturer, which won the Turkish tender worth 40 million dollars.

Arriving in Turkey to sign a contract, the Minister of Internal Affairs of Ukraine Arsen Avakov said that the contract was the result of 6-month negotiations with the Ministry of Internal Affairs of Turkey. He explained that Ukraine has an agreement on friendship with the Turkish special services and the military. Avakov promised that during the repair and modernization of Turkish Mi-17, Ukraine "is implementing a big project", as the country has "unique competence" in the repair and modernization of helicopters.

Earlier, the media reported a scandal that arose after the overhaul by Ukraine of the Croatian MiG-21. According to foreign publications, since July 2015, when 12 of aircraft repaired in Ukraine were transferred to the country's Air Force, the number of aircraft failures reached 300.