UAV + laser. The United States is developing a missile strike system still on the rise

6 September 2018
35
The US Army does not leave attempts to create a carrier with a laser weaponsable to shoot down ballistic missiles on their initial trajectory. The US Missile Defense Agency (MDA) has signed new contracts with Lockheed Martin, Boeing and General Atomics Electromagnetic Systems, Warspot reports with reference to the portal flightglobal.com. 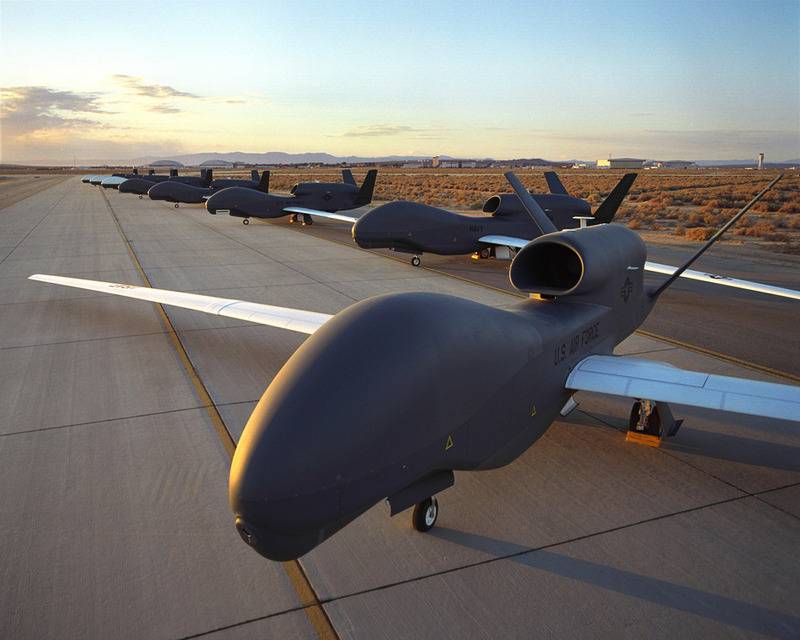 All three contractors had previously received funding from the MDA for the initial design of laser systems using the Low Power Laser Demonstrator program. At the first stage, companies had to develop a device capable of focusing and holding a laser beam on a target, while taking into account the vibrations of the flying drone on which they will be installed. The second stage, for which additional funds from MDA are allocated, should include a gradual increase in the power of the laser system. According to the plan, by the year 2021 companies must provide a working prototype with a capacity of at least 500 kW, and two years after that, bring the power of the laser system to 1 MW.

In parallel with the development of a laser system for air defense, missile defense, MDA is looking for media for them. According to the information currently available, the company Northrop Grumman proposed to use the RQ-4 Global Hawk UAV upgraded accordingly for the laser carrier. Another carrier can be a converted Lockheed U-2 Dragon Lady reconnaissance aircraft.