At the exercises in the South Military District involved armored train

6 September 2018
32
In the exercises of the Southern District for the logistics of the troops was involved armored train "Amur", reports Rossiyskaya Gazeta. 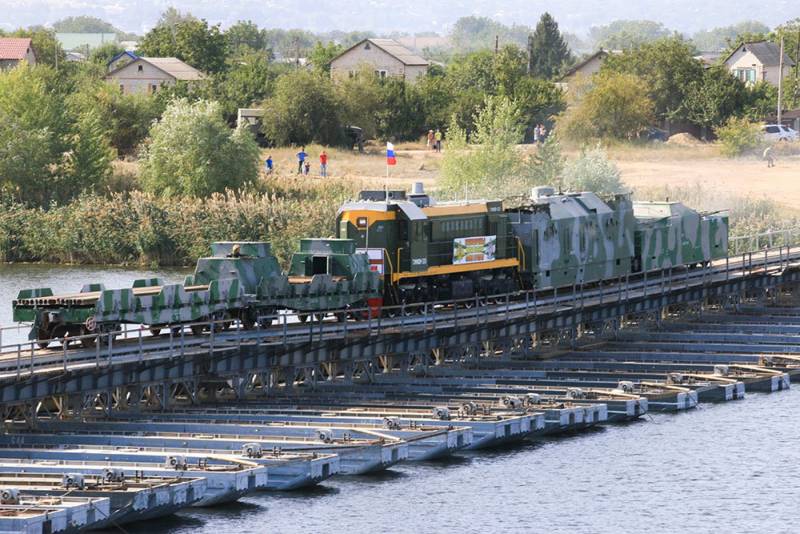 The special train passed along the floating bridge across the Volga, the length of which was about 370 meters. This structure during the maneuvers was deployed by engineers of the pontoon-bridge railway battalion.

In carrying out the tasks assigned, the crew of the armored train successfully repelled the attack of the conditional enemy. During the training battle was used weapon and twin guns ZU-23-2 mounted on the latest platform.

According to the newspaper, currently only the Russian army continues to use armored trains. This is due to the fact that the country has extensive railway lines that must be defended.

Such equipment, for example, was successfully used during the armed conflict in the North Caucasus. Then, in addition to anti-aircraft guns, BMP-2 and Tanks T-62.

After the conflict was resolved, armored trains were withdrawn from the region and mothballed. Earlier, the media reported that special trains will be removed from service. However, until now “Amur” and its brother “Baikal” regularly take part in exercises held in the territory of the Southern Military District.