Unrevealed targets of the Israeli air force air raid. What is the world's media silent about 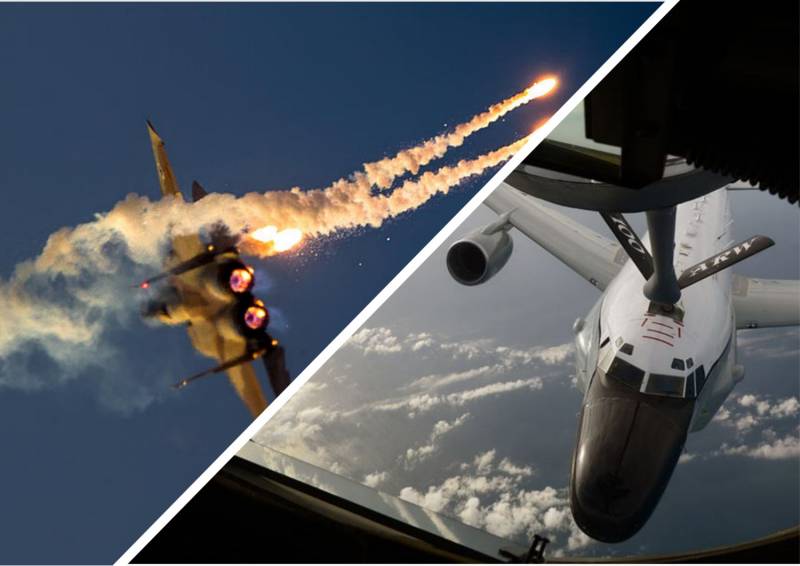 We all know perfectly well that in order to implement various stages of its geopolitical multi-move, Washington has recently become addicted to using such an important and artificially modeled tool on the agenda as a witch hunt, which means investigating Special Prosecutor Robert Muller, who is leading a case of alleged Russian interference in presidential election campaign 2016-year. A couple of months ago, by a slip-up of this (completely contrived) investigation, the White House argued the postponement of the next, originally scheduled for the fall, meeting between US President Donald Trump and Russian leader Vladimir Putin. In reality, Washington’s desire to freeze all sorts of diplomatic contacts with the Kremlin for an indefinite period of time is associated exclusively with the desire to tighten its position in the Syrian or Donbass theater of operations, and then sit down at the negotiating table with already prepared bonuses.

The example of the White House was immediately followed by his main Middle Eastern ally, Tel Aviv. But, in contrast to the United States, the Israelis decided not to pull the rubber with the elaboration of diplomatic tricks (postponement of negotiations, etc.), but immediately turned to military-political tricks. Not possessing such ample opportunities for picking with Moscow, which the United States has in view of the enormous operational-strategic, economic and geopolitical influence, the leadership of the Jewish state decided to work out its own rationale for aggressive actions against the Syrian Arabian army fighting terrorism. This scheme should kindly “blow into the ears” of correspondents and journalists of world mass media to conceal the true goals of their destructive activities projected against the allies of Damascus in the Syrian theater of operations.

To this end, the Defense Ministry and the Israel Defense Army General Staff decided to dwell on their favorite postulate about the "unacceptability of the presence of military units of the Islamic Revolutionary Guards Corps, Hezbollah and other Shiite paramilitary units" in Syria. The whole complexity of the situation lies in the fact that Moscow was hooked on this Israeli postulate in the middle of July, 2018, during the negotiations between Vladimir Putin and Benjamin Netanyahu. It was then that the unofficial deal between Russia and Israel was finalized, providing for the removal of Tel Aviv from the support of FSA and ISIL militants (banned in the Russian Federation) in the southern “de-escalation triangle” in exchange for withdrawing the Shiite divisions of the IRGC and Hezbollah to more than 100 km from the Golan Heights. Unfortunately, the Russian side had no other strategy for quick stripping of Dar'a, Quneitra and Essaouida from the opposition-terrorist formations. Meanwhile, the Israeli leadership considered it necessary to adhere not to the terms of the deal with the Russian side, but to Netanyahu’s May statement, in which he indicated that Israel "would not tolerate any presence of the IRGC throughout Syria."

The result is as follows: The Israeli Air Force (Hel Haavir) continues to carry out regular attacks on the positions of the Syrian government forces and on the units of the Islamic Revolutionary Guard Corps deployed even in the Tartus and Idlib provinces, arguing all this lawlessness by the “Iranian presence”, while the Russian Aerospace Forces abstracted from what is happening, and the entire burden of intercepting tactical long-range missiles "Delila" and planning UAB GBU-39B falls solely on the operators of the Syrian air defense missile system Buk-M2E and "Pantsir-С1". That is what we observed during yesterday’s strike by the Israeli Air Force tactical fighters against the Syrian army’s fortifications in the vicinity of Baniyas, as well as during the launch of tactical missiles at the warehouses of the research center in the Wadi al-Uyun area (a blow to the last object was reflected by Syrian air defense weapons ).

The main detail is that these facilities are located at a distance of more than 270 km from the Golan Heights, which means that they practically do not pose a threat to the Jewish state, given the high anti-missile potential of the North Regional AOI air control unit (Yehidat Bakara Eizorit), which has 10 batteries Patriot PAC-2 anti-aircraft missile systems. Moreover, they are important operational-tactical links in maintaining the combat capability of the assault units of the Syrian Arab Army, which are currently deploying offensive forces in three large areas of the contact line in the area of ​​the Idlib Gadyushnik. Based on this, it can be assumed that during the last strike, Hel Haavir’s command acted not so much in favor of its own operational and strategic benefits, as in favor of common interests with Washington, and possibly Ankara.

Knowing their own tactical advantages in terms of carrying out surprise strike operations due to the presence of the Anti-Lebanon mountain range, the Israeli Air Force command sent F-15I "Ra'am" and F-16I "Sufa" tactical fighters into Lebanese airspace in order to provoke Syrian air defense systems in the north. - the western part of the republic to "open" its own positions due to the inclusion of radiation from surveillance radar stations 9S18M1-3 "Kupol" and target illumination radars 9S36 (complexes "Buk-M2E"), missile guidance stations SNR-125-2M (complexes "Pechora-2M ") And other radar equipment. Thanks to this tactic, American RC-135V / W electronic and electronic reconnaissance aircraft and Israeli RLDN G550 CAEW "Eitam" aircraft, equipped with passive RTR means, could in a matter of minutes build a tactical map with the location of the positions of anti-aircraft missile divisions and brigades of the Syrian air defense forces, which would serve the US Navy and Air Force commands an excellent service in the formation of the flight paths of the Tomahawks and JASSM-ER, taking into account the flight over the radius of destruction of the Syrian anti-aircraft missile systems. Nevertheless, let's hope that this time the Israeli and US Air Forces failed to "probe" the positions of the Syrian air defense missile launchers. Where does this conclusion come from?

At the western air borders of Lebanon and Syria, within the framework of military exercises in the Eastern Mediterranean, the Su-30CM and Su-35С multifunctional fighters regularly perform combat duty, and their powerful PFAR-radar (HNNUMX Bars and HNNUMX Irbis-E) are able to detect F -011I still on approach to the Golan Heights. Consequently, on numerous encrypted tactical communication channels, the CAA command could have received advance notification of the enemy’s approach, and the Syrian air defense did not “shine” all its divisions, but used only a few Pantsyri deployed near the town of Wadi al-Uyun, because that this is not a massive blow from the States and the Western coalition, but only an "Israeli probing."

Considering that the Syrian territory from the Mediterranean coast and Lebanon is covered by various Russian-made electronic warfare equipment that complicate the operation of AN / ZPY-2 type side-scan radars (installed on the Global Hawk strategic UAV), designed to identify ground targets even in radio silence mode ", Israeli aviation by agreement with the Pentagon, it can carry out several more such raids before the main strike. And therefore, here you certainly can not do without the constant monitoring of the Syrian sky from the Russian A-50U.